Wendell James is many things. He's close friends with comedian Kym Whitley, a regular fixture on the OWN series "Raising Whitley," a fashion follower, a father figure to Whitley's son Joshua and a man of faith. Raised Baptist, Wendell has been involved in the church nearly his entire life, which he says makes it hard for him to reconcile another fundamental truth about himself: Wendell is also gay.

In the very personal above video, Wendell openly discusses his ongoing struggle in regards to his faith and sexual identity. Even saying the words "I am a gay man" has proven difficult for the Ohio native.

"My 'Hollywood wife' Kym Whitley asked me one time, she said, 'Wendell, what is your truth?'" he recalls. "I had a hard time saying, 'My truth, Kym, is I am a gay man.' It's because of my doctrine."

Though he doesn't deny his homosexuality, Wendell does admit he prevents himself from having a serious relationship. 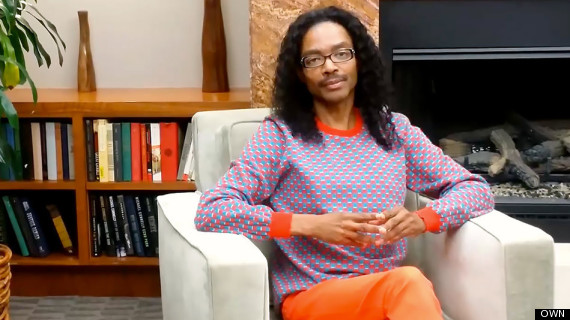 Wendell's family members have also struggled with his sexuality and, in some cases, their understanding of what it means to be gay and some of the negative, and often untrue, stereotypes that are associated with it.

"When the AIDS epidemic first came out... my mother sent me a letter," he recalls. "The letter said, 'Wendell, when you see me, keep your emotions in check. Don't run up and hug me, because I do have to be careful. Can you imagine what that did to me on the inside?"

Wendell's grandmother had a different approach. "Up until she passed a couple of years ago at 103, she always looked forward to me having girlfriends -- even though I think, internally, she knew I was gay," he says.

"This is the stigma that my experience has taken me through," Wendell continues. "And then the church, who said, 'It's a sin and you're going to hell for being gay.'"

With those things in mind, Wendell did what he thought was expected of him: He married a woman.

"I thought [my marriage] would please the Lord, and I would please people in my life," he explains. "The true fact is, I was not living my authentic self."

The two have since divorced, and Wendell wants other men with similar experiences to know that they are not alone.

Related: Wendell and Omarosa, a Baptist Minister, have a frank conversation about faith and sexual identity.

"Raising Whitley" airs Saturdays at 9 p.m. ET on OWN.