As Solange-Cartergate continues to flood the media this week, and as we all watch Twitter and Instagram feeds with hawk eyes for subliminal actions from everyone involved -- like Beyonce uploading photos with her sis to Instagram -- fans are still curious about what provoked Bey’s younger sister to attack Jay Z.

Wendy Williams offered her two cents on the situation during Tuesday's segment of Hot Topics on “The Wendy Williams Show,” and let's just say, Wendy threw so much shade and spilled all the tea. We don't even have words for how juicy her theory is.

“I will just say, that people have been speculating and saying, ‘Why didn’t Beyonce get in the middle?’ In my mind, Beyonce didn’t get in the middle because Solange was probably attacking him over something he knows he was dead wrong about,” the talk show host declared. “And therefore, sister [Beyonce] didn’t get in the middle. And a lot of people are also saying, ‘Jay Z really held his head because real men don’t hit girls,’ except there’s some footage online of Jay Z hitting a female fan back in the day. Allegedly…”

On Wednesday, Williams revisited the topic, refuting reports that Jay Z and Solange were spotted shopping for jewelry together in New York City.

Check out Wendy’s updated comments below and yesterday's Hot Topics segment above. 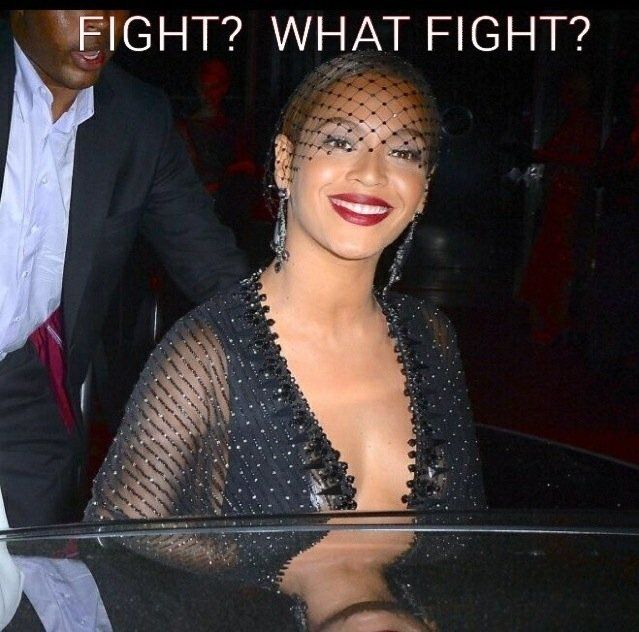