It wasn’t too long ago that Wendy’s had the #2 Best Fast-Food Burger in Zagat’s annual Fast-Food Survey -- second only to West Coast burger monarch In-N-Out. Last year, they were knocked down to the bronze position by newcomer Five Guys, who still retains the number one spot this year in a very proud and public way. Wendy’s has nothing to sulk about; in that same survey by the now-Google-owned restaurant review group, they’ve held the top spot of “Top Food” amongst the Mega-Chains (over 5,000 U.S. locations) for three years in a row. But Wendy’s apparently wants to work their way back up the ranks in the burger category, and have introduced the new Hot ‘N Juicy burger line, which gives new life to their “Old-Fashioned Hamburgers.” Here’s how they rate:

The Claims: It’s not Wendy, but her father and restaurant founder -- the late Dave Thomas -- whose name has been associated with this new line of cheeseburgers. Dave’s Hot ‘N Juicy Cheeseburgers contain "juicier, thicker beef" that is "100% North American, fresh never frozen, hot off the grill” topped with "new premium toppings" including “crinkle-cut pickles, sweet red onions, and thick, hand-sliced tomato,” all enclosed within a "buttered, toasted bun.” This new beefy recipe replaces their former burger line: the ¼ lb. single, the ½ lb. double, and the ¾ lb. triple, as well as all the value burgers and bacon cheeseburgers.

The Verdict: B-. Dave’s new Hot 'N Juicy Cheeseburgers may have a better quality beef in them, but most of the new claims of their new offering are merely an exercise in advertising copywriting trickery. Sure they are using buzz words like “premium” for their toppings, and “thicker” in their beef patties to imply you’re getting more bang for your buck, but it doesn’t take a rocket scientist to realize that a quarter pound of the old beef is the same amount as a quarter pound of the new one. It’s like the old trick question: "Which is heavier: a pound of bricks or a pound of feathers?" The new patties may be thicker, but you’re getting the same amount of meat (except for the value burgers which supposedly contain 25% more).

I sampled the ¼ lb. single cheeseburger for this review, specifically without bacon because I didn’t want bacon’s awesomeness skewing my review of the new beef. It’s hard to make a real comparison between the old and new meat since you can no longer get it the former way, but I will say that, for what it is, the new burger is decent. It is juicy, as they claim, and the “premium” toppings are good -- not stellar, but good. But that’s to be expected from a mega chain that needs to supply a lot of vegetables to over 5,000 locations. The bun is also good, but nothing to write home about.

As for the new burger’s taste, it’s also hard to make an analysis because it’s more or less the same thing from a Wendy’s eating experience. The toppings -- especially the cheese and mayonnaise -- mask any unique quality that the new beef may have over the old one. A new corporate video on Wendy’s homepage boasts that there are no fillers, additives or added color, which are all good things, but that doesn’t really translate into anything from a flavor point of view. And as for the “fresh, never frozen” claim, we’ve heard that one before. Sure, it may be true, but it’s nothing new; that’s an old marketing tagline from years ago that has just been be rejuvenated. If anything, they should have revived the “Where’s the beef?” campaign from the '80s because those were at least more entertaining.

The bottom line is that Dave’s Hot ‘N Juicy Cheeseburgers are decent, just as their predecessors were, but they aren’t exactly game changers. Wendy’s may score top honors in Zagat’s Top Food category for Mega Fast Food Chains for years to come, but they’ll still probably leave the burger category up to those other guys. 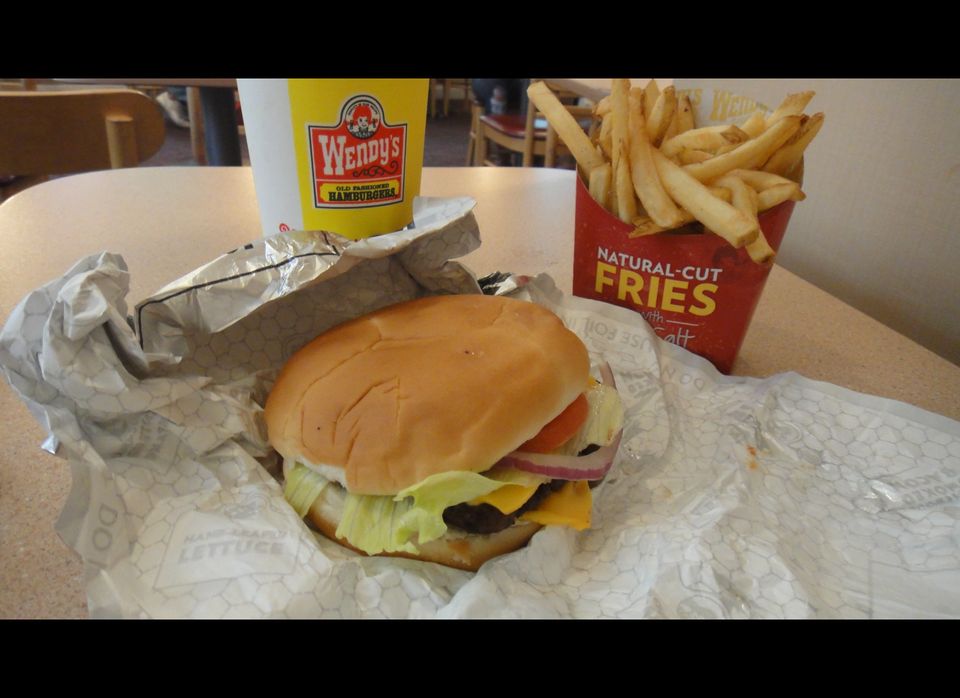