Over the past few months, Wendy's aficionados in Pittsburgh, Phoenix, Virginia Beach, Toronto and Columbus, Ohio, have had a glimpse into the future. In these five cities, the fast food company is testing four different prototypes for redesigned Wendy's restaurants throughout the world.

Two existing stores have been remodeled in each city to showcase two of the four prototypes. Construction on the first redesign, at one of the Columbus locations, began in July and took just six weeks. The final prototype restaurants opened at the end of November.

Wendy's is monitoring customer feedback at the 10 outposts to see how customers like the new looks. A modified version of one of the four will become the standard model for newly built and remodeled Wendy's restaurants by the end of 2012.

The new store designs are the latest and most high-profile in a series of recent changes at Wendy's. The fast food chain has introduced new french fries and new burgers to its menu over the past few months. Some business analysts predict that, with these changes, the brand could soon surpass Burger King to become the second-largest burger chain in the country by revenue.

Wendy's spokesman Denny Lynch said that the new design was not prompted by changes at Wendy's peers, although he admitted that focus groups were probably sending similar messages to all quick service chains, so some design overlap was inevitable. And indeed, McDonald's, Burger King and Subway have all toyed with sleek prototypes over the past few years -- most notably, an almost-beautiful new decor for McDonald's France. Moreover, it could be argued that every fast food chain is panting to catch up with Chipotle, which has turned its industrially influenced spartan scheme into an economical blockbuster at 1,100 outposts around the world.

So far, consumers have been enthusiastic, said Lynch, although he added that novelty almost always wins smiles at first. "If you went into the store right now, you'd have a lot of nice things to say. But what about a month from now? Two months from now?" said Lynch.

What really counts is that the design brings people back to the stores and enhances the customer experience in the long term. Lynch noted that early signs on these metrics have been positive. For instance, a larger proportion of customers has been eating in the dining room, rather than in their cars, at the new stores.

That's not to say that every single element of the prototypes, which are all designed by San Francisco architecture firm Tesser, has panned out. Lynch said that customers have complained about the excessive height of the stools at the cocktail-style tables and that few have noticed the window-mounted digital TVs that face the street. Both features are likely to be axed in the final design.

So when will the new design come to your local Wendy's? It depends.

"Every Wendy's is on a schedule. Franchisees sign a 20-year contact, which says that every five years, you have to do a refresh; every seven years, you have to do so-and-so. That means that newer restaurants will not have to do anything in the short term. Older restaurants have a cycle that will dictate when the new renovations come into effect," Lynch explained. "What you're seeing in the prototype pictures is a major renovation. There will be modifications of that in practice. So if you're due for a new carpet, we might have you install the new tiles instead." 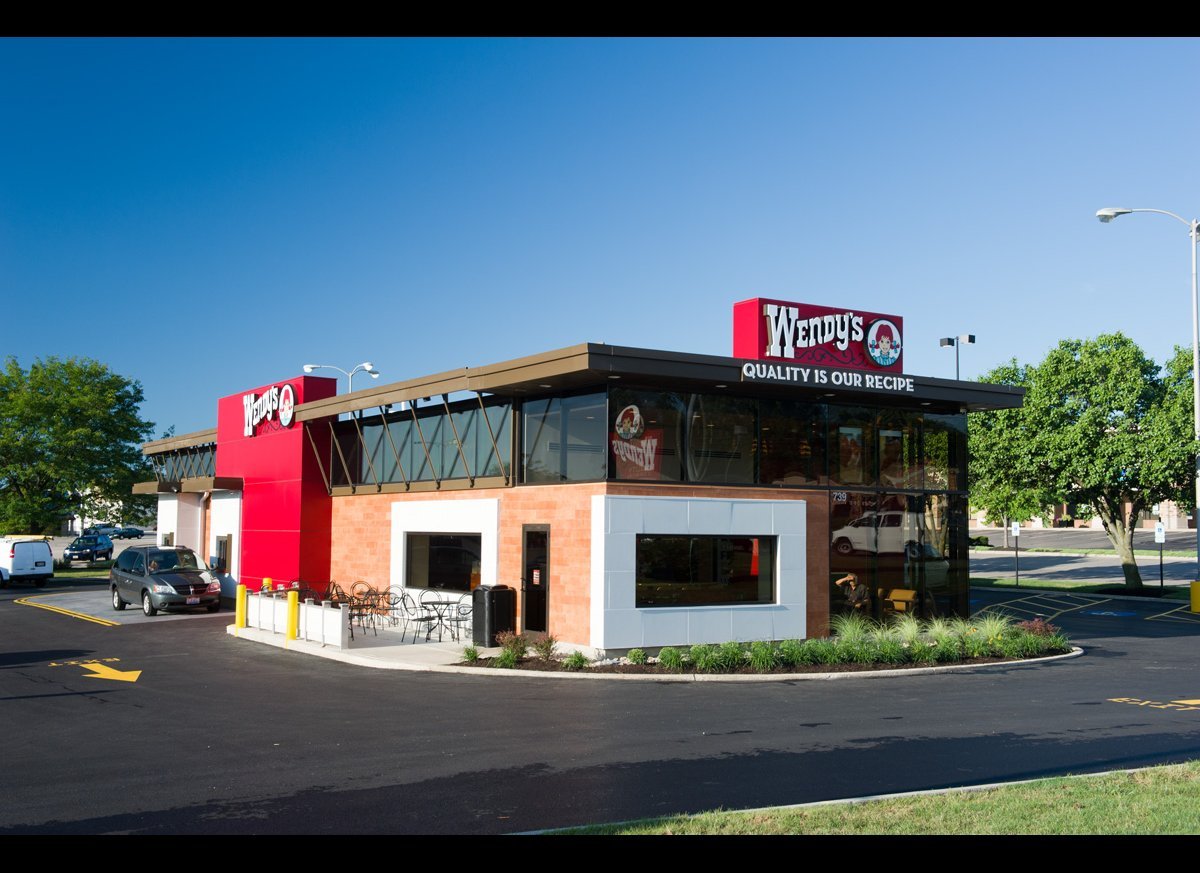