sacrifice zone: a geographic zone that has been permanently impaired by environmental damage or economic disinvestment. These zones are commonly found in low-income and minority communities. (Wikipedia definition)

I grew up in the shadow of Appalachia. My hometown, Bluefield, wasn't Appalachia, but you could see it from there. Just twelve miles from home the coalfields began: Pocahontas, VA; then Anawalt, Gary, and Coalwood, WV, in rapid succession, the latter made famous by native son Homer Hickam in his trilogy Rocket Boys, The Coalwood Way, and Sky of Stone.

Bluefield was once prosperous. It simultaneously served the commercial, banking, and medical needs of the mining towns of Southwestern Virginia and Southern West Virginia. My hometown's heyday coincided with the Second World War. In Bluefield's oversized rail yards, the Norfolk & Western linked up hundred-car coal trains and rolled them downhill from the mountains into the Piedmont, bound for Norfolk, where Appalachian anthracite found its way into the bellies of the ships whose men and materiel would turn the tide of war. (So strategic was Bluefield to the Allied effort, that Hitler placed it on his target list.) Since then, Bluefield's been in slow decline, in the last seventy years having lost half its population and much of its spirit.

There are twin Bluefields, one in WV, the other next door in VA. Along the border, Virginia's orderly ridges give way to West Virginia's amorphous mountains -- like convolutions of the brain -- with their dead-end hollows. In 1902, in one such hollow in adjacent McDowell County, US Steel established a company town, Gary, which produced high-grade metallurgical coal for seven decades, employing hundreds. By the early 1980s though, Gary's fourteen mines were tapped out, and US Steel pulled the plug. Gary's unemployment rate soared, eventually topping 90%, the highest in the nation. McDowell County has never recovered. Alcoholism and drug addiction are rampant. 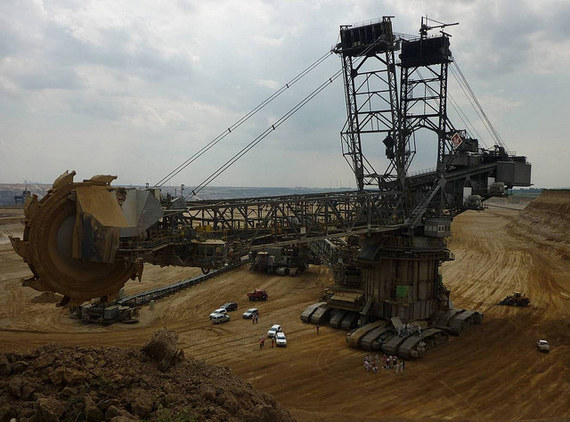 Appalachia has long been in America's sacrifice zone, metaphorically and literally. Big Coal has plundered thousands of seams, ripped the tops off 500 mountains, extracted the land's wealth, poisoned its streams and rivers, and left the people destitute. Perhaps no one is more symbolic of Big Coal's attitude toward its Appalachian workforce than the "King of Coal," Massey Energy's CEO Don Blankenship. On April 6, Blankenship was sentenced to a year in federal prison for rampant safety violations that in 2010 left 29 miners dead at Massey's Big Upper Branch mine. Pressed for a response to the verdict, Blankenship winked.

But Appalachia is hardly America's only sacrifice zone. Black Americans have long lived in geographic or sociological sacrifice zones. The most significant rung on the "land of opportunity's" ladder of success is ironically the lowest one. It's there as an object lesson that America's Protestant ethic doesn't tolerate those who won't work incessantly and/or don't toe the line. History and systemic racism have kept too many black Americans stuck at the lowest rung. The unemployment rate for blacks is double that for whites, and approaches 40% for inner-city black youth. A white American is twice as likely to obtain a college degree than a black one, while a black male is six times as likely to land in prison. Anyone who doubts that racism is institutionalized in America should consider this: although whites are more likely to use drugs, blacks are four to five times as likely to be incarcerated for drug offenses.

Had inner-city New Orleans been predominantly affluent and white, it's likely the Army Corps of Engineers would long ago have received the funds it needed to secure the levies of the "Big Easy." And you can bet your bippy that the lead levels in Flint Michigan's water supply would never have reached "toxic waste" levels were not more than half of Flint's residents black and 40 percent living in poverty.

However, being white and/or middle class no longer protects from the insatiable appetite of the sacrifice zone. The Great Recession established that beyond doubt. Between 2007 and 2011, foreclosures took 4 million homes -- more than 30 times the number of homes claimed by Katrina. It didn't have to be that way, but the-powers-that-be -- beholden to Fat Cats -- chose to bail out Wall Street and sacrifice Main Street. In the years since, death rates among uneducated and lower-class whites have soared as the American Dream has evaporated into thin air.

The sacrifice zone now devours America's future as well as its present. Those in the know confide that one in three college students has a diagnosable psychiatric disorder -- chiefly anxiety, depression, and/or eating disorders -- up from one in ten thirty years ago. No wonder so many college students are medicated. They face slimming prospects for good jobs, mountainous college-loan debt on which they cannot default even if unable to land a job, and a climate that may become inhospitable for humans.

In "White America's Broken Heart," New York Times' columnist Charles Snow, who is black, eloquently describes the loss of myth that has given rise both to Donald Trump and Bernie Sanders:

Much of the energy on both the left and the right this [political] cycle is coming from white Americans who are rejecting the direction of America and its institutions. There is a profound disappointment. On one hand, it's about fear of dislocation of supremacy, and the surrendering of power and the security it provides. On the other hand, it's about disillusionment that the game is rigged and the turf is tilted. It is about defining who created this country's bounty and who has most benefited from it.

Americans of all stripes feel betrayed, and like wounded animals we lash out in all directions, flailing blindly while grasping for snake-oil palliatives.

For those who would rather fight than flail, George Monbiot's April 15 article in The Guardian is required reading: "Neoliberalism: The Ideology at the Root of All Our Problems."

Monbiot observes: "The ideology that dominates our lives has, for most of us, no name." By naming the beast lurking in the darkness -- "neoliberalism" -- he flicks on the light to give us a fighting chance.

Neoliberalism is at core a pernicious economic ideology. Its tenets: 1) "Inequality is ... virtuous. The market insures everyone gets what they deserve;" 2) "Competition is the defining characteristic of human relations;" 3) "Attempts to regulate competition are inimical to liberty;" and 4) All public services should be privatized.

In short, neoliberalism views economics as blood sport and willingly sacrifices all on the altar of profit: the future, the planet, and its peoples. 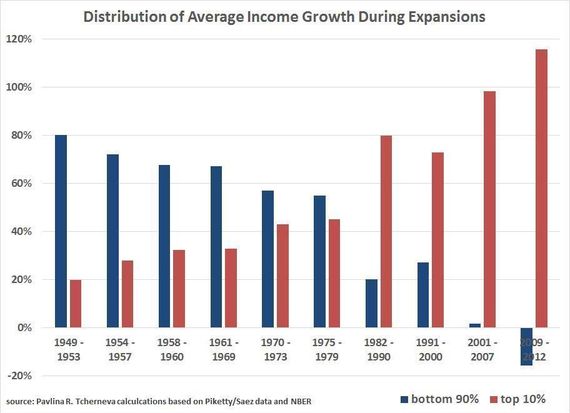 One after another, neoliberal economics has cast America's demographic groups into the sacrifice zone: blacks, Appalachian poor, rust belt and minority cities, immigrants, uneducated whites, union workers, and now the college bound. (See graph above.) Soon we will all be there, save for the 0.1%, who own our politicians and benefit royally by exploiting the 99.9%.

Strength in numbers is our only hope. Tea-Partiers and Sandernistas unite! "Don't tread on me!" Let the "political revolution" begin! And let it begin by freeing all captives of the sacrifice zone, which is nearly everyone.