Review by Judith Glaser and Jon Entine of Norman Doidge's The Brain's Way of Healing: Remarkable Discoveries and Recoveries from the Frontiers of Neuroplasticity 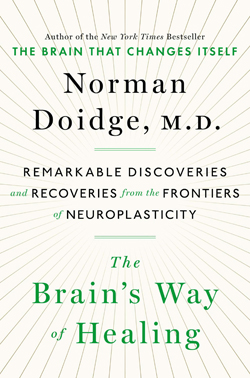 At the age of 18 months, Will was showing autistic like behavior - failing to communicate, obsessive behaviors, unable to connect with people. Liz, Will's mother, scoured the world for physicians who might figure out how to assess and treat her son who was born premature at 29 months. Amongst other diagnoses, she was told Will had 'very severe cognitive development' and autism. Yet, tests did not confirm autism. At 16 months, Will stopped speaking all together. What if anything could be done?

Will's heart wrenching story is one of many examples of people struggling with life-altering maladies that were inaccurately "labeled" by well meaning but baffled medical professionals. Like tens of thousands of others every year, he did not respond to traditional therapies, and worse, he became caught deeper and deeper in 'medical interpretations' and treatments that failed to heal him - turning hope into despair, his family believing there was no way to restore healthy functioning.

Many families in similar, seemingly hopeless, situations, have wished that it didn't have to be this way, that there was some hope short of a miracle. Now there is intriguing evidence, anecdotal and empirical, that some alternatives to traditional medical recommendations may be useful.

In The Brain's Way of Healing, Norman Doidge, a Columbia University Center for Psychology psychiatrist and psychotherapist, shines a bright light on the untapped power of the brain to change and heal itself. It's a companion volume of sorts to his prior bestseller, The Brain That Changes Itself: Stories of Personal Triumph from the Frontiers of Brain Science, published in 2007. His new book is a tour de force--one of the most riveting books on the human brain and its mystery powers ever written. Doidge addresses the role of alternative medical therapies to what he claims can reset the dynamic patterns of 'energy' in our brain, in some cases helping to restore relatively normal health to those whose fate seems hopeless. 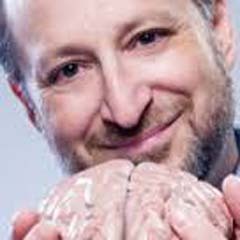 Hidden inside each of us, Doidge argues, are energy systems that are a gateway to healing. To hard-core skeptics, this line of argument may be hard to swallow. Shamans, the earliest of physicians, ancient musicians and healers from every part of the globe have hinted of the mystical power of the mind and spirit. Many of us have come to judge these views as too ancient, too spiritual--just not credible, too woo. But according to Doidge, they were on to something.

While much of what the ancients' believed crossed over into quackery, not all of it did, and Doidge does he best to separate bogus claims from what has shown to actually work in some cases. Each chapter unfolds with stories of people who have debilitating strokes or diagnosed with multiple sclerosis, Parkinson's disease, cerebral palsy and even dementia, who experience dramatic improvement in their brain functioning after being treated with alternative therapies - all after traditional medicine failed them.

Doidge challenges many medical sacred cows. He coined the term "neuroplastician" to refer to scientists who have demonstrated the brain is far less fixed that scientists had come to believe. For 400 years, the mainstream view of the brain was that it was hard-wired, with genetically determined limits. Now we know that's too limiting a view.

"It turns out the brain is not too sophisticated for its own good," Doidge writes. "This book will show that this very sophistication, which involves brain cells being able to constantly communicate electrically with one another, and to form, and re-form new connections, moment by moment, is the source of a unique kind of healing."

The first researchers into this controversial and unexplored area labored in relative obscurity until 2000, when Eric Kandel, an American neuropsychiatrist shared a Nobel Prize for his work on the physiological basis of memory storage in neurons. He demonstrated that learning can 'switch on genes' that change neural structures.

Kandel epitomized the leading edge of a new generation of researchers and practitioners who aggressively challenged the doctrine that maladies are fixed and only minimal changes in brain functionality are possible. According to those exploring cell-to-cell and network-to-network communication, our brains can become 'noisy' with synapses not firing in rhythm. These signals are too weak to drive normal brain functioning. These experimentalists literally invented their own therapies to address these challenges--with transformative results, often seeing radical changes in brain functioning that mainstream medicine had long maintained was impossible.

Let's return to Will's seemingly hopeless situation. Liz did not give up on her son. After much research, she found Paul Madaule, a certified therapist, and one of a new generation of 'healers' whose work Doidge chronicles in a dramatic story telling style that makes this book a page turner. Paul exposed Will to what Madaule calls "Listening Therapy", a unique way of working with brain damaged children that focuses on auditory stimulation.

Madaule identified with Will's plight. He himself was a victim of mislabeling. As a child, he stuttered and stammered. Alfred Tomatis, creator of the Tomatis method of audio-psycho-phonology, a theory based on hearing and listening and incorporating music and sound therapy, treated Paul and he slowly shed his auditory problems. It was transformative, spurring him as an adult to pursue this budding but obscure field of alternative healing techniques.

Listening Therapy is grounded in the belief that every person is hardwired to be responsive to language stimulation in ways that we are just beginning to appreciate. Even fetuses are responsive to speech and sounds. According to Doidge, "we relate to and connect to people through sound. Language becomes an invisible arm by which we touch the person listening to us in every sense of the term."

Madaule's therapeutic techniques, while puzzling to most physicians, awakened Will's natural ability to heal within weeks. By dosing him with Gregorian chants, coupled with recordings of nursery rhymes narrated by his mother and sounds of the comforting noises taking place in the bellies of pregnant women, Will gradually improved. Progress was measurable each day as he slept better and connected with other human beings. He gradually regained his ability to speak and recaptured his young life.

Doidge explains the current state of the research into neuroplasticity, which he describes as a tapestry of new therapies that are challenging medicine's perceived limits despite hostility from many tradition-bound practitioners. He explains why he believes the old genetic template--DNA "determines" or sets sharp limits on 'who we are and who we will become'--is dated. He focuses on the role of many often dismissed alternative therapies, which he persuasively shows can reset the dynamic 'energy' patterns of our brain, restoring near normal health to those literally abandoned by modern medicine.

According to Doidge, natural non-invasive therapies can 'lay a gentle hand' on people whose lives had been all but destroyed. He tells remarkable stories that everyone can connect with: friends with pains that cannot be traced to any known disease or accident victims rendered bed-bound. These are people that traditional medicine all but abandoned as hopeless, untreatable. But they were rescued.

Hardwired inside of every human being is the capacity for healing, Doidge argues. He taps into a new conversation emerging now around how the brain works. Consider the following provocative statements from the book:

To skeptics, this might sound like a book about the 'magic of medicine', one easy to dismiss as to "out there". It is anything but, although it does show a respect for the unknown and the almost magical outcomes that can and do occur if we are willing to risk stepping outside the constraints of traditional medicine. It is a 'cross discipline book', which is why I like it so much. As an organizational anthropologist who has studied conversations for more than four decades, I can't help but want to draw these parallels and make them be heard across the globe.

Metaphorical 'conversations' that take place amongst cells as they connect and sync are not unlike people trying to have healthy conversations. As we learn to understand what turns on and off healthy systems in our body - and learn how to activate these systems through voice, listening and rewiring healthy patterns of engagement - we open the door to a whole new approach to bringing healthier perspectives to families, partners businesses and organizations.

It's possible to start anywhere in the book and be mesmerized. There are stories of how music heals; how a mother's voice heals; how energy heals. We've become glued to using 'deficit labels' for describing conditions such as autism and ADD-suggesting that a person with these disorders has no chance at a near normal life. Sometimes that's true--but not always.

Judith E. Glaser is an organizational anthropologist who works with Fortune 500 companies, founder of Benchmark Communications, chairman of the Creating WE Institute, and author of Conversational Intelligence: How Great Leaders Build Trust and Get Extraordinary Results. Email her at jeglaser@creatingwe.com and follow her on Twitter @CreatingWe