A skit in last week's season finale of Saturday Night Live has ruffled a few feathers. If you find it funny that famed western explorer Meriwether Lewis might actually have desired William Clark, the joke was probably hilarious. But if you don't think it's absurd for one (historically important) man to desire another, it's just a very tired anti-gay joke.

I take a particular interest in this skit because I recently published a book about the history of how Americans have traded in stories about the Founding Fathers' personal lives since the founding of the nation. (Spoiler alert: we're invested in the intimate lives of our American history icons. We generally like them to be straight and monogamous and we tend to have a double standard when it comes to what's acceptable evidence for regurgitating myths and what's required to over-turn them.)

Lewis and Clark don't rank as "Founders," but they are pretty close, and their sexuality is recently fraught in our culture. Last summer, We Proceed On, the scholarly journal of the Lewis and Clark Trail Heritage Foundation came under significant fire after historian and archivist William Benemann published two essays that speculated on the homo-erotic nature of the bond between the two men.

As Mr. Benemann explained in his introduction, "So intimately are the two men linked in the popular imagination that they have no independent identity. Clark lived on for thirty-two years after completion of the journey to the Pacific, serving as governor of the Missouri Territory and as Superintendent of Indian Affairs under every president from James Monroe to Martin Van Buren, and yet any mention of a post-expedition William Clark inevitably requires the designation "of Lewis and Clark fame" or the average reader will not make the connection. These two men have been paired in a conjoining that is unique in American history. Certainly the nature of that coupling deserves careful analysis."

Letters to the editor poured in. Selections of them were published in We Proceed On in May, August, November, and have continued into this year. Many letter writers decried the inclusion, calling it gay "propaganda" and an "abomination," -- that it "disparaged" our "American heroes" by suggesting anything other than heterosexuality when speaking of the two men: "I am taking this opportunity to express my outrage and disappointment about the article that besmirched the good character of Captains Lewis and Clark." Good character, in this world view, is mutually exclusive from same-sex desire. 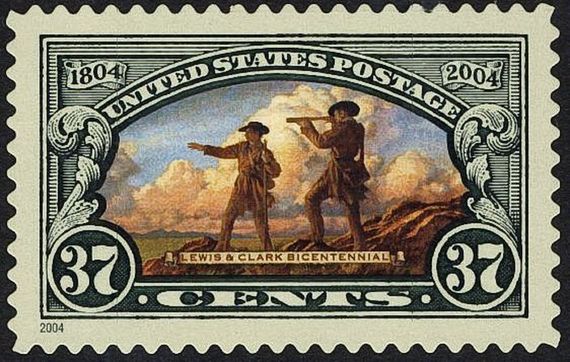 Some of the letters to We Proceed On simply accused Mr. Benemann of having a warped mind, calling his "fantasies and wishful thinking" "disgusting and revolting!" (In the Saturday Night Live skit, the sexually frustrated and perverted middle-aged female teacher of the class similarly appears to take salacious pleasure in the sexually-charged history.)

Members threatened to protest at their annual meeting, arguing that the national reputation of the explorers was at stake. Some called for the editor of the journal to resign and to offer a public apology "for publishing this foul and offensive article."

I'm not invested in Benemann's interpretation of Lewis and Clark. But as I have done in past, I will similarly defend the intellectual and political legitimacy of posing questions about their relationship and even their personal desires.

As one of the supportive letters to the We Proceed On editor argues, we need to continue critically engaging our histories and "rethinking traditional narratives that were comfortable stories with not-so-comfortable alternatives, however inferential in evidence."

Although I would have a preferred a joke at the expense of those with narrow-minds, perhaps we owe a debt of gratitude to Saturday Night Live for asking a broader audience to imagine the very thing that Benemann circulated among a small group of Lewis and Clark enthusiasts. Humor might not be the most sensitive way to examine the topic but perhaps, in the words of that same supportive letter, it has "challenged us to open our minds to other ways of viewing people we thought we knew well."