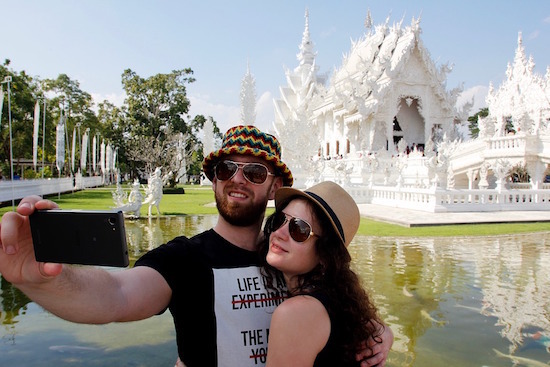 In the words of Evelyn Waugh, "the tourist is the other fellow". We like to make a distinction between "tourists" and "travellers", identifying ourselves as travellers who go off the beaten path and explore the world in a deeper, more meaningful way. Travellers are inherently superior, as they go backpacking in Thailand or give up their jobs to become "digital nomads", while tourists are the sheep who do conventional sightseeing in mainstream cities, and walk around with their eyes glued to the map.

We want to believe that travel is life-changing. Even those of us who sneer at Eat, Pray, Love want to have our Eat, Pray, Love moment. But is there anything inherently meaningful about travel? Does the traveller in India have more profound, life-changing experiences than the tourist in Times Square?

These days, everyone travels. With cheap flights and a wealth of information on the internet, travel is easier and more accessible than ever before. We're all travellers. Our Facebooks and Instagrams are a diary of our travels - photos of the Colosseum, street scenes in Asia, sunsets on far-flung beaches. We read a list entitled "30 places to visit before you're 30", which tells us to go to Thailand, so then we read "The 10 best beaches in Thailand" and "5 Thai dishes you must try". We go to Thailand. We visit the beaches, we eat the food, we post the photos on Instagram, and then we add it to our own list - "countries visited". 20 countries becomes 21, and then 22. We become so well-travelled, so knowledgeable about the world, that we consider quitting our jobs, selling our belongings, and launching new careers as digital nomads.

Having the opportunity to travel is something that should never be taken for granted. The whole world is within our reach, and our ancestors would be amazed if they could see us jetting off for a weekend in Paris, or spending a month travelling around south east Asia. Our ancestors would be even more amazed if they could experience it for themselves. For people living in England in the early 19th century, even countries as close as France and Italy would have seemed foreign and exotic.

I sometimes try to imagine Rome through the eyes of Keats, or other nineteenth century travellers - how incredibly foreign it must have seemed, in an age before photography and the internet, when any trip abroad was considered a risk and an adventure. With the exception of the tourists who have been scared off by the possible threat of a terrorist attack, few people these days consider a trip to Rome risky, or even particularly adventurous. It's a mainstream travel destination, a city that we've seen in countless films, photos and postcards before we ever set foot outside the airport.

When I see tourists (or travellers) stand in front of the Colosseum, selfie stick in hand, I wonder how they're feeling. Are they genuinely experiencing any sense of wonder or awe? Has the sight of the Colosseum created any long-lasting emotion or memory, beyond the photo they've just posted online? After a couple of days in the city, some tourists will say that they've "done Rome", and never feel the need to return, while bloggers will write authoritative-sounding guides on the best things to see, do and eat in Rome, while en route to their next destination. They may have had an enjoyable trip, but it probably wasn't awe-inspiring, life-changing, or any of the things that we tell ourselves travel should be. 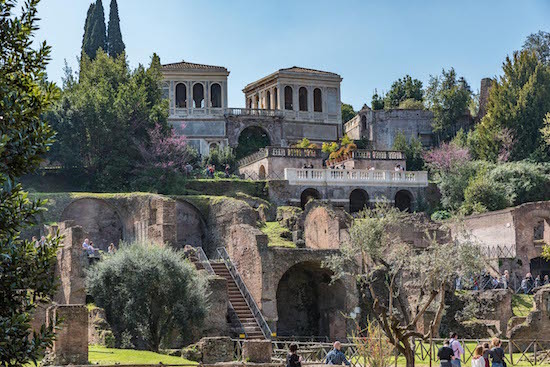 A friend of mine recently came to Rome on holiday, and visited the Palatine Hill. She enjoyed the experience, but beyond that, she didn't seem to be particularly impressed. I asked her if she knew what the Palatine was, or why it was important, and she admitted that she didn't know. Without context, the Palatine is just a pretty hill with some nice views of the city centre. When you know the history - the Palatine's role in the myth of Romulus and Remus, the House of Augustus, the assassination of Caligula - the Palatine is instantly transformed. The hill with a history is much more impressive than the hill that's just a hill.

In the age of the internet and cheap travel, we're losing the wonder of travel. It's hard not to take travel for granted when it's just so easy, and when we feel like we've seen everything before. Instead of making it our aim to travel more, setting targets and ticking off countries, maybe we should travel less, and travel more mindfully.

If we're travelling several times a year, it inevitably becomes less exciting. One solution could be to travel less frequently, staying in places for longer periods of time. Before a trip, you could read up on the history and culture of the place you're visiting. That way, when you're standing in front of a famous monument, it's easier to enjoy the moment. As you catch your first glimpse of the Parthenon or the Hagia Sophia, stop for a moment to admire the building and reflect on its history and cultural significance, rather than instantly whipping out your iPhone. Take the time to learn a bit of the language and chat to the locals, instead of endlessly taking photos and blogging about a city you barely know.

Ultimately, travel is a very personal thing. Whether you stay in hostels or luxury hotels, whether you prefer quick city breaks or months of voluntourism, it's up to you. But I think we could all benefit from re-examining our attitudes to travel, trying to regain that elusive sense of wonder. If we switch off from social media and become more humble about our status and experience as "travellers", we're less likely to take the world for granted.