Lately I've heard a lot of people dissing Mars One and its showbiz antics. Calling the rumored media deal "that reality show where all those poor people died on the way to Mars" comes to mind as the meanest to date.

Mars One chief Bas Lansdorp's plan to send the first four humans on a one-way trip to establish a permanent human colony on Mars in 2025 is going full-steam ahead -- as is public and sometimes vitriolic criticism of his mission. This criticism is unique, primarily for one reason:

The astronaut pool has already been chosen. 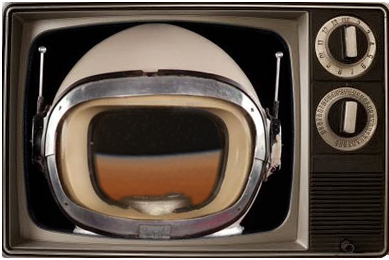 Unlike the anonymous thousands Elon Musk intends to ferry on his supersized spaceships to Mars, or the as-yet-unnamed "husband and wife" team Dennis Tito plans to recruit for his Inspiration Mars fly-around, we can already attach names and faces to the Mars One mission: Moova from Sweden, Johan from South Africa, Ilse from Mexico, Geetika from India, Carley from Canada, Timothy from the Ukraine, Arthur from Australia, Lisa Lynn of the U.S., and 1,000 more.

We know not only their names and nationalities but also their ages, why they want to go, and what they intend to contribute to the mission. All applicants who passed to Round Two were required to make their online application videos public.

Moreover, it seems that we will soon be seeing and hearing a lot more from these Mars One astronaut candidates. Rumors abound, but the one that currently seems most credible is a deal with Lionsgate TV to create "an unscripted TV series that will chronicle the mission."

Although Mars One certainly could use the money (Lionsgate won what has been called a "bidding war"), this move suggests to me that the mission is becoming more showbiz than science.

There are a lot of things Mars One has done right so far:

But the one thing Mars One has done very wrong is deciding to morph this space exploration mission into a lowbrow media circus, shoving wide-eyed "Marstronauts" into the public eye and using them to plug their program (although most, as I gather from Mars One Facebook groups and incessant Mars One Twitterers, seem more than ready to jump in front of the TV cameras and only wish they could do more).

If Mars One succeeds (and I sincerely hope any mission that launches humans toward Mars is successful), the naysayers will fade into the woodwork. Meanwhile, the legitimate criticisms I'm hearing these days, if acknowledged, and the perceived problems or weaknesses with the mission, if successfully addressed, may actually make the Mars One mission stronger and safer.

There are smart people and solid plans attached to Mars One. A lot of the science and technology are detailed on the Mars One site, but that's not what most journalists, bloggers and commentators want to talk about, preferring instead to focus on goofball astronauts clamoring for a one-way trip to Mars and the ill-advised entrepreneurs who want to send them there to die.

But I guess, as they say, that's showbiz.