The year was 1943, and the Pentagon had a problem. They'd poured millions of dollars into a new voice encryption system -- dubbed the "X System" -- but no one was certain how secure it was. So the top brass called in Claude Shannon to analyze their code and -- if all went well -- to prove that it was mathematically unbreakable.

Shannon was a new breed of mathematician: A specialist in what's known today as information theory. To Shannon and his fellow theorists, information was something separate from the letters, numbers and facts it represented. Instead, it was something more abstract; more mathematical: in a word, it was non-redundancy.

As Beau Lotto explains in his presentation, we're hallucinating reality all the time -- but we only take notice when our hallucinations fail to make accurate predictions. -- Ben Thomas

Take, for example, the sequence of letters spelling out "Let's crack the codes." It's got a high level of redundancy -- not all its letters are essential for getting its message across. As long as you've got some practice reading English, you can look at a shorter, less-redundant sequence like "Lt's crck th cdes" and fill in the missing sounds. Along the same lines, Hebrew and Arabic speakers can read the vowel-free written forms of their languages just fine. Our brains are surprisingly talented at picking up patterns, filling in blanks, and ignoring redundant data -- only when we're uncertain about how to fill in a blank does information become... well, informative.

Shannon's non-redundancy idea isn't just handy for cracking codes, though -- today, it's responsible for most of what you see on the Internet. JPEG image compression, for instance, throws out most of an image's data, and we rarely notice anything's missing - our brains' visual system smooths out the rough spots. Same goes for MP3 compression, and for the Flash video encoding used on YouTube. Ever since Shannon's day, information theorists have been refining their techniques, drilling closer and closer to the bare minimum of information required to convince us we're not missing anything. (You might say those ancient Hebrew and Arabic scribes were a few thousand years ahead of their time.) 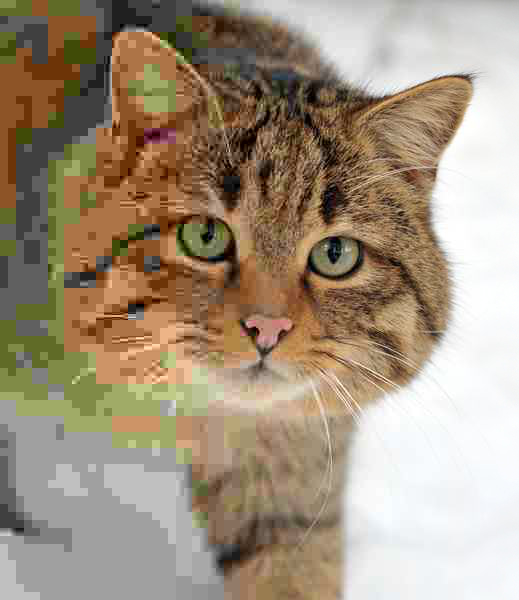 Data compression isn't just digital, either -- in fact, it's hardwired into our brains, from the neurons up. As Beau Lotto shows us in his TEDTalk above, every color we perceive is dependent on its context: What other colors surround it? Is it in light or in shadow? How's the light tinted? And what's true for light holds true for sound, too -- as I explain in this article, your brain gets so pumped up about rhythm that it actually hallucinates missing beats. Oh, and if you're in the mood for something extra weird today, check out Oliver Sacks' TEDTalk on Charles Bonnet syndrome -- a brain disorder that makes people hallucinate vivid scenes from tiny stray nerve signals.

In light of all this, it's hard to escape the inventor Ray Kurzweil's conclusion: "We don't actually see things [at all]; we hallucinate them in detail from low-resolution cues." As Beau Lotto explains in his presentation, we're hallucinating reality all the time -- but we only take notice when our hallucinations fail to make accurate predictions; when we think we're certain of something that's actually not so certain, and our brains have to hunt down new information in order to make better predictions.

Claude Shannon once said, "Information is the resolution of uncertainty." The more certain we are in our hallucinations, the less information we think we need -- and the less open to new information we become. Beau Lotto finishes his talk on a similar note. "Only through uncertainty," he says, "is there potential for understanding."

Luckily for the Allies in World War II, Shannon had just the right kind of understanding for the job. After proving the Pentagon's X System mathematically uncrackable, he helped lay the groundwork for the next generation of military codes. His most enduring legacy, though, isn't the codes he created, but the idea behind them: Only in uncertainty do we realize information's value.