Today happens to be World UFO Day, so forgive us if we seem a little more alert than usual about who walking among us may or may not be... of this world. We've quietly been collecting our evidence, and feel pretty confident in questioning the origins of the following "people."

1. Let's get the obvious out of the way: The man has like 20 jobs. When does he sleep? Or even worse, binge-watch a TV show?

2. He just signed a deal with CBS, so now he'll have hosting gigs on all 4 major networks. Whether you like it or not, you're going to be seeing a lot of Seacrest. Evil master plan much?

3. The man lives off Crest White Strips. Stare too long and he'll blind you with his smile. 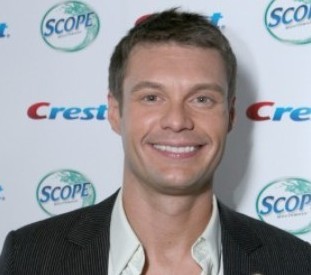 4. Fellow aliens Brad and Angelina refuse to acknowledge his existence, because the number one rule of alien life is to not talk about alien life.

5. 500 episodes of American Idol later and he still hasn't grown tired of screechy renditions of Whitney Houston's "I Will Always Love You." He must be an alien.

1. He lacks the cognitive dissonance an actual human would experience from explaining how the exploitation of people's emotions for commercial and personal profit is really about finding the One.

2. He convinces otherwise sane contestants that it's not only possible, but probable, that they will find true love in a group of 25 people who are hand-picked to cause trouble.

3. His buoyant mannerisms and weird elocution are a little too...deliberate? Practiced?

5. Every week, when there's only one rose left and everyone in the room is fixated on it, Chris Harrison steps out from the shadows and tells everyone there's one rose left. He's done this for almost 20 years.

And what better cover than playing a character called "Alien?"

2. Superhuman Physical Abilities: The ability to arch only one eyebrow has long been considered an extraterrestrial trait by those of us "two-browers." The single-brow arch is clearly a genetic mutation of out-of-this-world proportions. We're looking at you, too, Chris Hardwick.

3. Immunity From Human Disease: Think about it. Have you EVER seen Colbert get sick? Ever? What kind of "regular" human being can consume Bud Light Lime on a regular basis on air and still not get sick?

4. Love of Space: In 2009, Colbert started a public campaign urging his viewers to vote for the new treadmill on the International Space Station to be named after him. Colbert won in a landslide. The real question is: Why was this campaign so important to him? Is it a message to his extraterrestrial cohorts that he's officially "in control" of the human race and ready for the overlords to move in?

5. Focused on Global Domination: Most human comedians would be more than happy to live out their days on a mega-hit show on basic cable. But Stephen Colbert is making the jump from his cushy Comedy Central spot to the highly precarious network late night battle. Why? Because he desires complete global domination for himself and his kind -- and basic cable just doesn't have that kind of distribution.

1. From Betty Draper to Emma Frost, she has the ability to play every character
with perfect woodenness every time -- and get away with it. This is a superb kind of mind control.

2. Is she emotionally and intellectually distant or is she just having trouble connecting with a different species?

3. She has a baby, but no one really knows where "he" came from.

4. She is way too gorgeous for her own good. She could be an alien that took over Grace Kelly's body.

5. She's suspiciously enthusiastic about eating her own placenta.

1. His face is oddly, perfectly symmetrical. 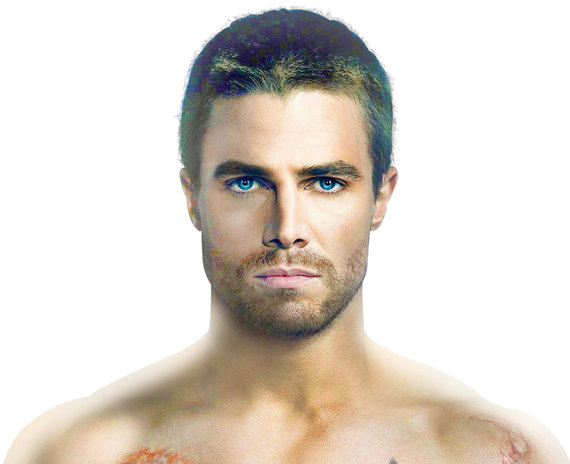 2. No real human enjoys the kind of workouts he participates in regularly.

3. He's a little too comfortable lurking around in a cape.

4. He's a little too savvy with social media for your average celeb.

1. No human should be able to maneuver so gracefully with those endlessly long limbs.

3. Her scientifically immeasurable ratio of sexy to cute.

4. When she says "auf wiedersehen" you know she's talking to her people on her home planet.

5. Whether "you're in or you're out," she's certainly out of this world.

Note: On her home planet, she's barely considered an 8.

1. He is waaaaay too well-adjusted to have been an actual child actor.

2. Perfect lip synching to Nicki Minaj? Definitely some other-worldly abilities going on there.

3. He collaborates with actual unknowns. In Hollywood. Real famous people don't do that.

4. No human actor could so successfully go method for "David After Dentist."

5. His best-known TV role was an alien. What better disguise than to hide in plain sight?

David Lynch: Are You Kidding? Alien.
Consider the Evidence:

1. Mr. Lynch's comic instincts and timing are "real good." As though he has been watching from afar for a long time. 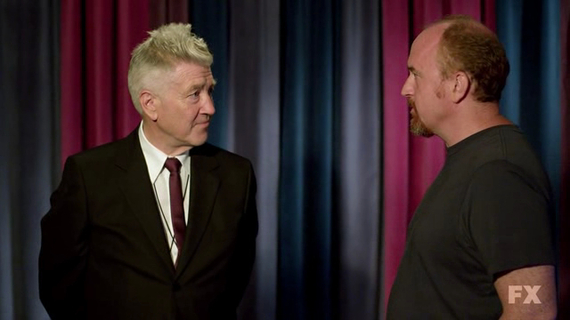 2. His signature cup of coffee: It's organic. Fairly traded. And delicious. So good, it's hard to believe it comes from Earth. 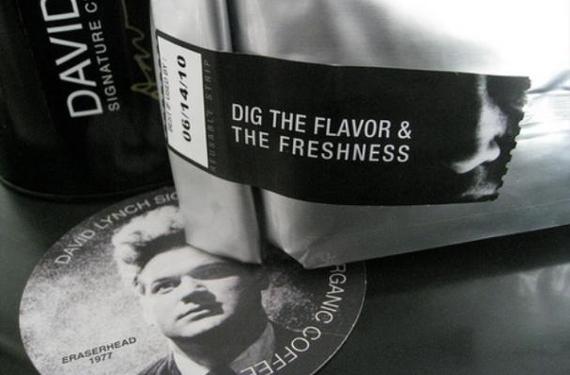 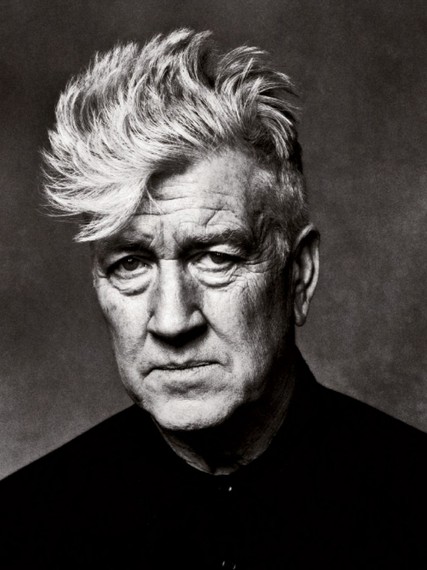 4. His debut feature film, Eraserhead. The baby in the movie looks like the alien version of E.T. That's because, unlike E.T. (who was actually born to tax-payers in Cleveland), this baby's daddy doesn't call Earth his home. 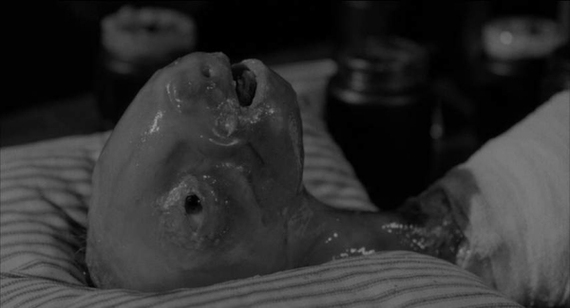 5. HIs hit television series, Twin Peaks. Its popularity. Its coffee. Its pie. As agent Dale Cooper might say, "Diane, this cultural phenomenon begs a profound existential question. Is Mr. Lynch the alien? Or are we? In other words, is the space out there? Or in here?" He might say that, but he didn't. Because the answer is obvious. Mr. Lynch is an alien. And space is a conspiracy.