Holiday specials hold a unique place in television history in that they tend to be the only classic programming to still be aired every year on network television. Other non-holiday programs like The Wizard of Oz or the Mary Martin Peter Pan specials were annual network traditions that gradually faded away. However, films like It's a Wonderful Life and animated specials like A Charlie Brown Christmas, How the Grinch Stole Christmas and Rudolph the Red-Nosed Reindeer continue to air decades into their existence. Rudolph the Red-Nosed Reindeer, for instance, marked its 50th anniversary last year, airing every year since it debuted on NBC in 1964. 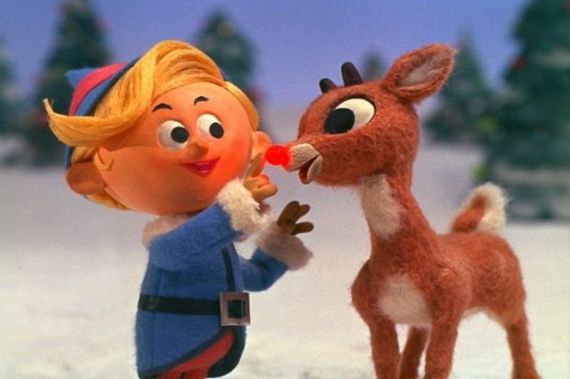 A problem with airing specials from decades ago today, though, is that there are many more commercials per every televised hour these days. So classic television shows have to be edited to make room for these commercials, and since Rudolph the Red-Nosed Reindeer was originally an hour-long special, it does not have the freedom that A Charlie Brown Christmas has to avoid edits by simply airing the original A Charlie Brown Christmas (which ran in a half-hour time slot) in an hour-long time slot with some additional filler material to make it work (even then, A Charlie Brown Christmas has had other notable edits, which I've spotlighted in the past here). So Rudolph has seen a number of edits over the years, with songs being trimmed, songs being cut and whole scenes being eliminated entirely.

However, interestingly enough, one of the biggest changes in Rudolph the Red-Nosed Reindeer since its original airing in 1964 was an added scene. You see, the first time around, the Misfit Toys were never actually saved! 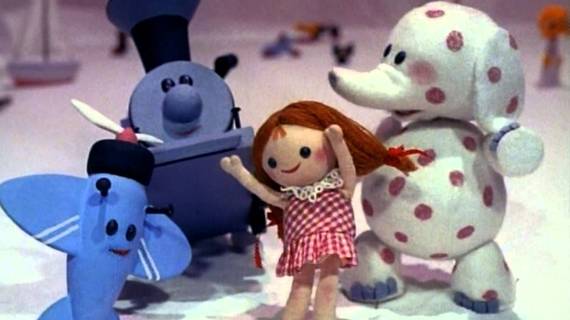 If you're unfamiliar with the plot of the TV special Rudolph the Red-Nosed Reindeer (which was based on a poem written for the department store Montgomery Ward. The strange history of the ownership of the poem is featured in this old legend here), the film revolves around a young reindeer named Rudolph who is the son of one of Santa's famed flying reindeer. Born with a shiny red nose, Rudolph is bullied for being different and eventually he runs away, along with a fellow "misfit," an elf named Hermey who wants to be a dentist rather than make toys. Eventually, Rudolph and Hermey end up on the Island of Misfit Toys, where they meet the titular Misfit Toys. Some examples of Misfit Toys are a spotted elephant, a train with square wheels on his caboose and a water pistol that squirts jelly. The toys and their ruler, King Moonracer (a winged lion), agree to let Rudolph and Hermey stay with them, but only if Rudolph promises to let Santa Claus know about their plight.

After a series of adventures, Rudolph is reunited with his family. Santa Claus then promises to help the Misfit Toys. Then, following a blizzard that threatens Christmas, Rudolph's shiny red nose saves the day and all is well.

That's how the original airing of Rudolph the Red-Nosed Reindeer ended, with Rudolph saving Santa Claus' Christmas delivery with his shiny red nose. However, the Misfit Toys were never actually saved. I presume that that the filmmakers assumed that Santa Claus promising to do so was good enough, as Santa Claus is not one to make empty promises. However, viewers were not so trusting and they complained as viewers were wont to do in the pre-Internet era by sending messages to NBC.

So for the first re-airing of the special in 1965, they added a brand-new scene to the special where Santa Claus' first stop on Christmas Eve is to the Island of Misfit Toys where he picks the toys up and delivers them to children. That version has been the official version of the special ever since (a scene with the prospector character Yukon Cornelius discovering a Peppermint Mine was omitted to make room for the new scene).

Be sure to check out my archive of TV Legends Revealed for more urban legends about the world of television. And click here for more Christmas-related legends!