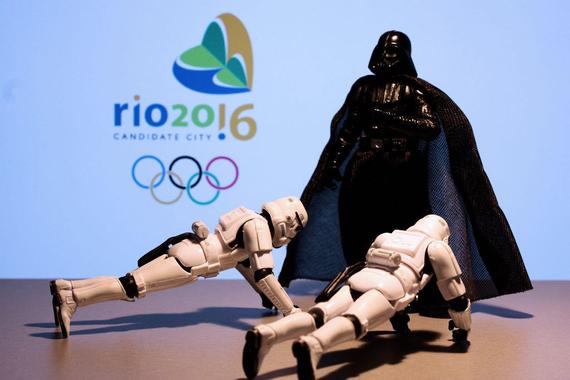 The Rio Olympics showed the dark side of Brazilian politics. Photo credit: Flickr

Brazil's upcoming Rio Olympics, intended to be an indicator of economic progress for all of Latin America, are so far showcasing Brazil's deep-seated issues more than its unabashed triumphs. Preparations for the Olympics are well behind schedule, and the prospect of any public benefit from the games is overshadowed by political and economic instability, after a declaration of a "state of public calamity" in the now-bankrupt Rio de Janeiro. Authorities in Rio have been authorized to ration essential public services, with the state at risk, in the words of the governor, of "a total collapse in public security, health, education, mobility and environmental management."

The factors contributing to the threat of this social collapse are numerous, including an uptick in already widespread gang-related crime, a strike among police and other civil servants, concerns over the Zika virus, as well as a simple lack of funds for the city government. Last week, it was confirmed that Rio has received an emergency loan from the Brazilian government to cover infrastructure and security measures for the Olympic games. Often, efforts to prepare for the Olympics have themselves backfired and worsened these problems. Construction sites have in some cases become havens for violent crime, and the newly formed police unit created to "pacify" Rio's poor favelas has been responsible for 238 civilian deaths. Meanwhile, gang-related crime has only increased. Last week, a mutilated body washed up on a beach where Olympic volleyball athletes are planning to compete next month.

Russia's 2014 Sochi Olympics were the subject of similar controversies, and took on an element of absurdity as enormous sums were spent hosting a winter Olympics in a summer resort, in a country with serious economic inequality problems. The projected $40 million cost of the facility alone soared to 300 million during the construction, causing the Kremlin great embarrassment. Russia initially projected spending 12 billion on the games, but ended up spending over 66 billion. The financial corruption, economic extravagance, and controversies over Russia's extreme anti-gay laws led Sochi to be dubbed the most corrupt Olympic games in history. The games turned into a widely criticized example of Russia's crony capitalism.

The Olympics in Brazil are unfortunately headed in a similar direction. Instead of using the games as a chance to boost and expand existing infrastructure to be of use to residents after the games are over, billions of dollars have been spent trying to (ineffectively) sweep crime and poverty under the rug, and build upscale developments for tourists that are unlikely to see much use by Rio residents in the long run. These developments may increase revenue from tourism for a couple months, but will ultimately do little besides put more money in the hands of private investors and wealthy individuals. Any benefit from the Olympic games conducted this way will be either temporary, or will fail to help the Rio residents who need it the most.

The Olympic games do indeed have the potential to be beneficial for developing and industrializing nations, and Rio's mistakes were not inevitable. The 2008 Beijing Olympics were praised by the International Olympics Committee for spurring improvements in food and water safety, leading to a loosening of restrictions on foreign media, and for a generally successful execution. Though the games were not flawless, the 2008 Olympics were not subject to the kind of mass corruption seen in Sochi in 2014. A similar pattern can be seen as expensive infrastructure from Athens 2004 Olympics has itself fallen into disuse and disrepair.

The cost of building such venues and infrastructure from scratch calls into question whether such efforts in otherwise struggling nations are worth it. Greece's current economic struggles cast an even greater question in retrospect as to whether this money could have been better spent elsewhere. Similar questions arise for Brazil as efforts to "pacify" Rio's favelas have led to even greater violence. Murders in Brazil have increased 15 percent from last year, showing marked sings of regression instead of the intended progress.

The takeaway from all this is that the Olympic games are better off being hosted by cities with the existing infrastructure to handle such an event. The idea that they could act as a spark for growth in developing notions is nothing more than fantasy. Instead, they seem more likely to exacerbate existing corruption, inequality, and violence in cities such as Rio. According to new research from economists Robert Baade and Victor Matheson as explained by the Financial Times' Tim Harford, Olympics only make sense if they're hosted twice by the same city -- that way the huge initial investment makes sense and ends up turning a profit. London's 2012 Olympics and the upcoming 2020 games in Tokyo are examples of Olympics held in cities with this pre-existing infrastructure, with an ability to make the most out of the games. The 2020 Olympics will be a challenge for Tokyo, but it seems likely that the well-developed city will rise to these challenges. The city also benefits from very low levels of crime and unlike Rio it's not at risk of being targeted by terrorists - the recent G7 summit served as a touchstone that proved Japan has the capacity to host high-level events without incidents. What's more, Tokyo was the venue of the 1964 Olympics, widely regarded as the most successful of all time.

This lesson may finally be sinking in, as all the candidates for the 2024 Olympics are cities in Europe or the US, including Los Angeles, Rome, Budapest, and Paris. This is not to say that cities in developing nations don't deserve the honor of hosting Olympics, but simply that resources poured into these countries would be better spent improving cities for the people who will continue living them long after Olympics have moved on.