Werner Aisslinger is a multiple award-winning product designer and co-founder of the Berlin Design Festival DMY. For his current exhibition at Haus am Waldsee in Berlin, he transformed the venue into a "Home of the Future."

Home of the Future is Werner Aisslinger's first institutional survey exhibition in Germany. The show presents his central theme of material transfer in the form of numerous pieces of furniture and objects. On display, among other things, are modular construction kits, such as stowage spaces and shelves, the renowned Loftcube installation of 2007 in the sculpture garden at Haus am Waldsee, as well as energy storage and renewable furniture -- Aisslinger's most recent ventures. In the video below, the designer talks about the works he presents in the exhibition and his philosophy.

Werner Aisslinger was born in 1964 in Nördlingen, Germany. He studied design at the University of Arts (Hochschule der Künste) in Berlin and freelanced at Jasper Morrison and Ron Arad in London, founding Studio Aisslinger in 1993. During his career, he received numerous prestigious awards, and his work is part of permanent collections of international museums such as the Museum of Modern Art (MoMA), the Metropolitan Museum in New York, the French Fonds National d´Art Contemporain in Paris, the Museum Neue Sammlung in Munich, and the Vitra Design Museum in Weil, Germany. His company has offices in Berlin and Singapore; Aisslinger lives and works in Berlin, Germany. 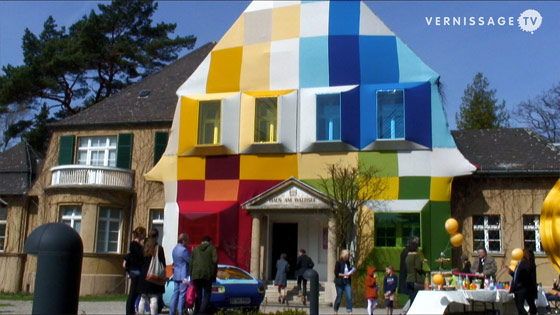 One of his most spectacular works is the so-called LoftCube, a mobile house that can be relocated to a new place by helicopter, similar to Matti Suuronen's famous Futuro. But Werner Aisslinger's approach is based on the use of the latest technologies, materials and techniques, rather than on futuristic looks. His Juli chair was the first item of furniture to use "polyurethane integral foam" and became the first German chair design to be selected as a permanent exhibit at the MoMA in New York since 1964.

"Nowadays, future is not about spaceship design, it's more about systems, about special ideas, which have an impact on your daily life." 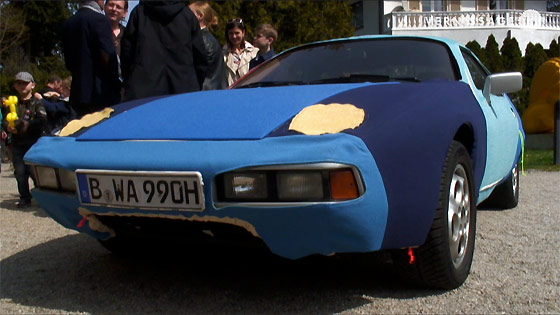 One of the ideas is the concept of upcycling and tuning: prolonging life cycles of products. Another is, also with sustainability in mind, the plantation of products:

"My future vision is that products are planted, that there's plantations of products, it's not industrial production any more: You buy some seed in a shop, one is a chair, one is table, the other is whatever, lamp, and then you kind of plant your own products." 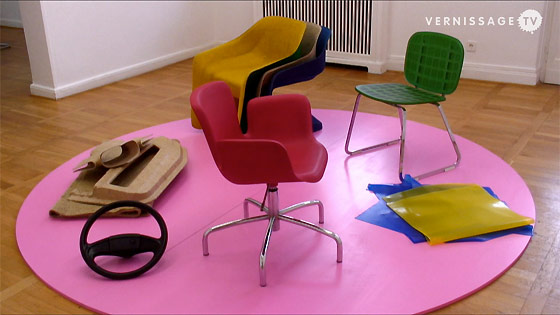