As NATO leaders wrapped up a two-day summit in the city of Wales on Friday, the organization's former military commander warned that its member states would have to be prepared to "go beyond rhetoric."

In an interview with HuffPost Live on Friday, former NATO commander Wesley Clark told host Josh Zepps that if NATO wants to be taken seriously as a defense organization, it needs to back up its statements with meaningful action. “You have to take immediate measures, you can’t wait for the problem to get worse,” he said.

Clark was referring to NATO's stance on the current crisis in Ukraine, where Russian-backed separatists are fighting government troops in the country's east. Ukrainian President Poroshenko announced on Friday that representatives of the government and the rebels had reached a deal to end hostilities in the east. It remains to be seen whether the truce will hold.

In the interview with HuffPost Live, Clark was highly critical of the Russian role in the Ukrainian conflict. The retired 4-star general argued that while Russian President Vladimir Putin may work closely with western countries through trade and weapons deals, he believes the Russian leader's interests fundamentally differ from the West's. “Putin may buy German industrial goods. He may sell natural gas to Europe, [but] Putin is not a West European," Clark said. "He is, right now, an adversary and in the future will remain a potential adversary until proven otherwise.” 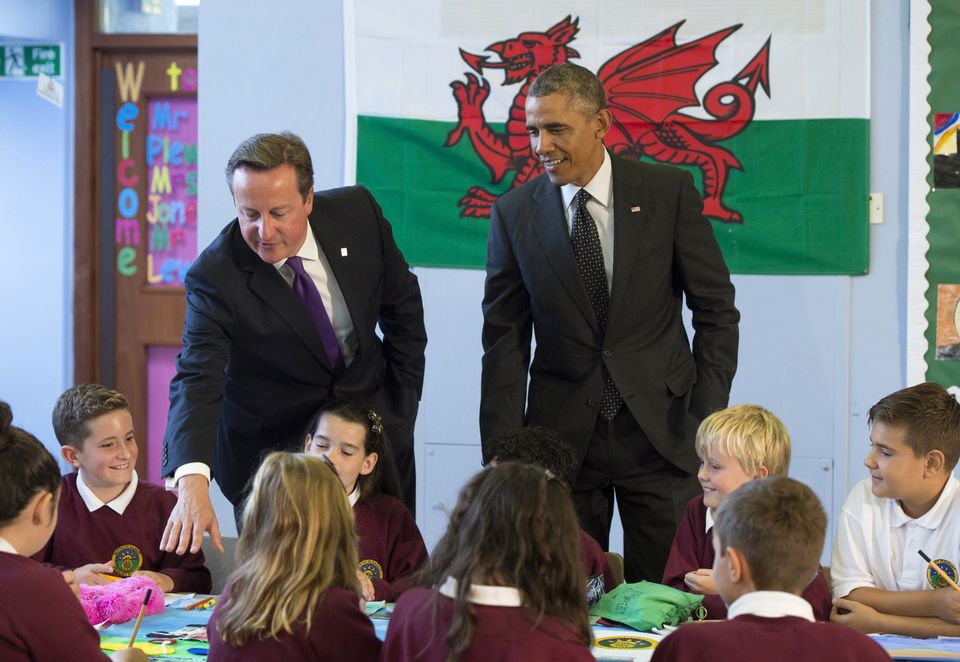 1 / 33
BRITAIN-NATO-SUMMIT
British Prime Minister David Cameron (L) and US President Barack Obama speak with school kids during their visit to Mount Pleasant Primary School in Newport, South Wales, on September 4, 2014, prior to attending the NATO summit. NATO leaders will aim to show unity against Russia over the conflict in Ukraine, after France suspended delivery of a warship to Moscow despite a surprise peace plan put forward by the Kremlin. AFP PHOTO / Saul LOEB (Photo credit should read SAUL LOEB/AFP/Getty Images)
SAUL LOEB via Getty Images