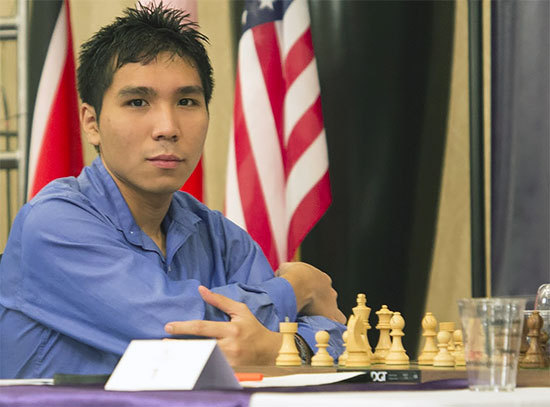 The Philippine grandmaster Wesley So, 21, won the Millionaire Chess Open in Las Vegas and the first prize of $100,000, the largest in the history of open tournaments.

Millionaire Chess, the brainchild of grandmaster Maurice Ashley and the entrepreneur Amy Lee, promised $1 million in prize money, spread over six different sections. The starting fee was $1,000 and nearly 600 players signed up.

The idea of big money in chess is not new. Before the world championship match against Boris Spassky in Reykjavik 1972, Bobby Fischer told me in an interview for the Voice of America the following:

"When people start to read about hundred thousand dollar prize money, I think they are going to get interested in the game. That's the way our system works. I think to a great extent people - if something doesn't have much money in it - they kind of tend to downgrade it. When I take a look at golf with all this money, I have a lot of interest in it."

A lot of people talked about it, but Ashley and Lee did it. And that's the big difference. 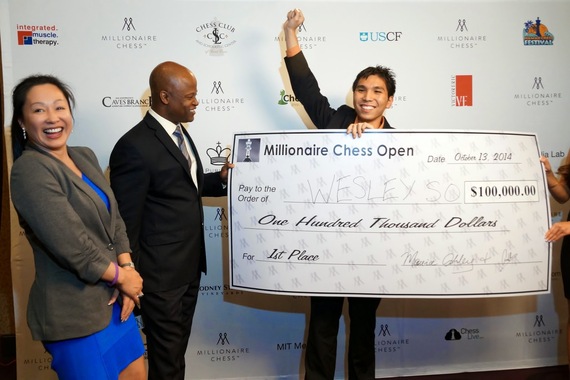 From the left: Amy Lee, Maurice Ashley, Wesley So with the historic prize

So's performance in Las Vegas moved him into the world's Top Ten on the rating list. Since he is now playing for the United States, the Americans could have two players in the FIDE Top Ten list for the first time in 40 years. In 1974, Fischer led the ratings and I was number 10. This time, So and Hikaru Nakamura could shine on the FIDE November rating list.

The tournament had an interesting format. After seven Swiss-rounds four players qualified for the rapid chess playoff. Ray Robson and So moved onto the final match, eliminating two Chinese players in the semifinals. The two finalists play for the Webster University team coached by Susan Polgar. They won the Intercollegiate championship three times in a row. Their first game in Las Vegas was drawn, So won the next game. 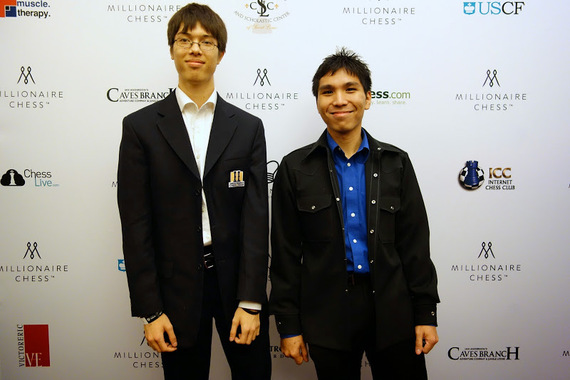 Robson, 19, is capable of playing to the gallery, creating uncontrollable chaos on the chessboard with powerful, risky and often reckless chess. Facing Yu Yangyi, who led China to victory at the Tromso Olympiad in August, Robson chose a sharp variation of the Najdorf Sicilian, leaving his king dangerously in the center. Yu was winning, but could not quite finish his opponent. The game lifted spectators from their chairs in the tournament hall when Robson's king ran for his life to safety. It was the most dramatic game of the tournament. 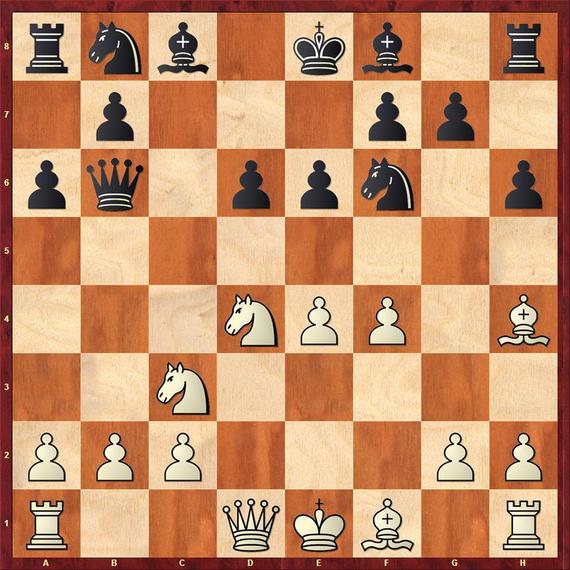 The postponed Poisoned Pawn variation of the Najdorf Sicilian.

Thus far the line is rather forced.

According to GM Lubomir Ftacnik, this move was tested three years ago 2,500 times in computer games, while humans ventured there only a few times. The main choice in this position was 17.Rf4 e5 18.Nd5 exd4 19.Qxd4 with a good compensation for the piece.

Trying to secure the square e5 for his knight 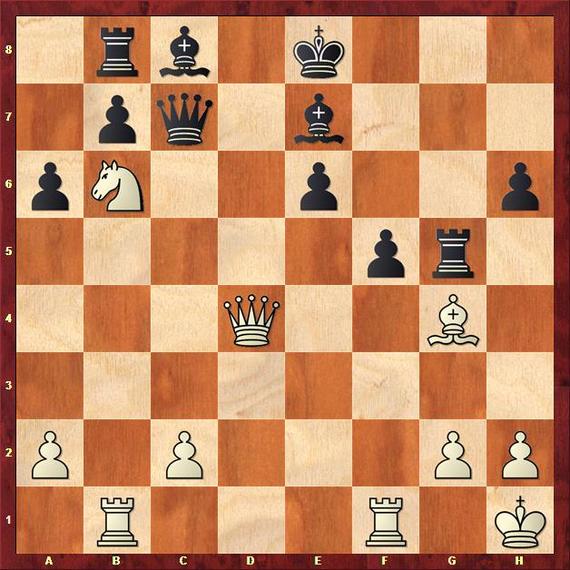 Robson might have overlooked this sacrifice. White gets strong pressure on th e-file.

Suddenly, black is threatening a mate and Yu gets nervous. . 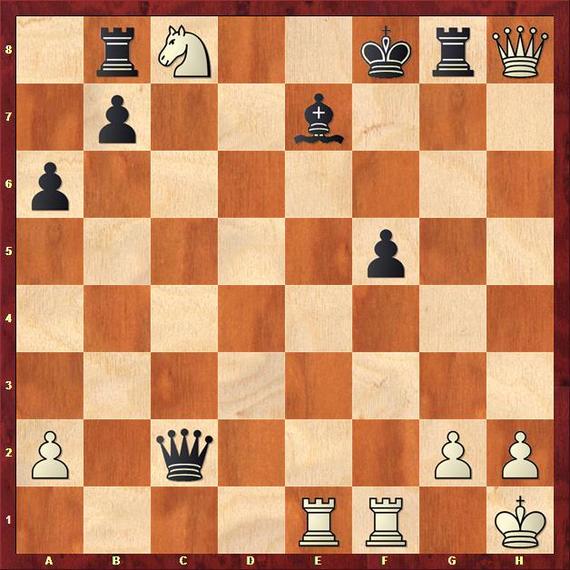 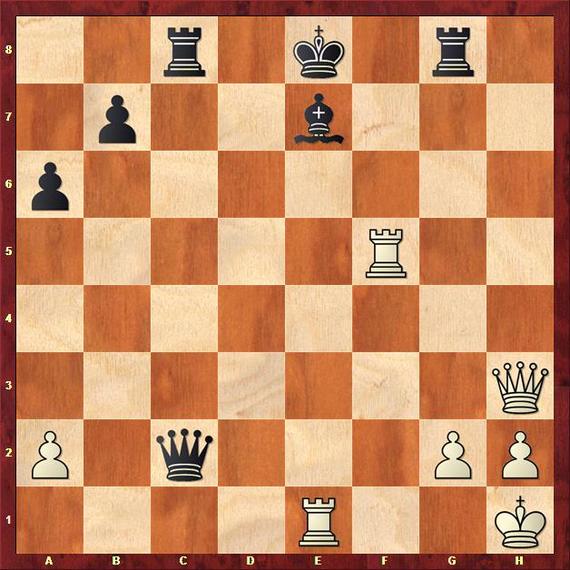 The last moment when white misses the win, but the combination is not easy to calculate for human players. The computers provide the answers: 34.Rxe7+! Kxe7 35.Qh7+ Kd6 36.Rf6+

White also has 34.Rf2, trying to deflect the queen, but it is not as strong.

White lost the thread and the black king is escaping. 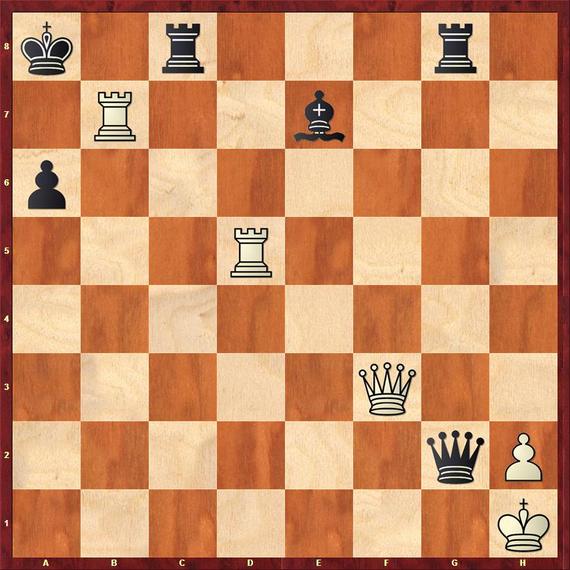