ISTANBUL -- The attempted coup in Turkey in mid-July was, unlike attempts by the military to seize power in 1998 and 2007, neither soft nor indirect. On the contrary, it was led by a harsh and hardcore group of senior military leaders and had a more than sufficient level of cross-divisional support.

By midnight, while Istanbul and Ankara experienced intense fighting, most of Turkey's allies were still shamefully silent; many commentators believed that the coup was about to succeed. Some global news outlets had already started running post-coup news stories about how Erdogan brought the wrath of generals upon himself. Some wasted no time in arguing that the coup would bring democracy to Turkey.

The mood in Istanbul was very different. President Recep Tayyip Erdogan, who escaped a squad of plotters headed to his Marmaris hotel by only minutes, called on the nation to go into the streets against the traitors and protect their democracy. Meanwhile, mainstream media outlets were on air, still talking to the members of the elected government, not to the plotters.

As Istanbul and Ankara experienced intense fighting, most of Turkey's allies were still shamefully silent.

The coup attempt seemed destined to fail soon after it began because the plotters did not consider that the whole country's social dynamics had changed -- as well as in the rest of the world. It failed, and badly. In the end, it was essentially the people of Turkey who thwarted it, an unprecedented achievement.

More than two weeks after that night of carnage, order has returned to Turkey. New details continue to emerge and the whole nation is more clearly understanding what kind of threat was avoided. This is both a great moment of pride and relief for Turks. 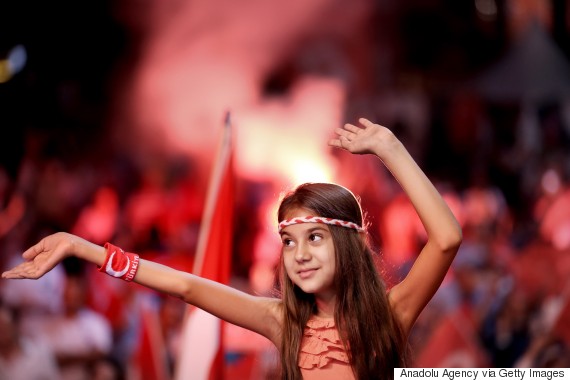 It would not be an exaggeration to argue that the coup attempt brought Turkey's polarized society closer together. Today, at a rare historic moment, political factions are united not only against the attempted coup, but also about who was behind it. On July 24, at an anti-coup rally in Istanbul's Taksim Square, top representatives of Erdogan's party, the AKP, took the stage along with Kemal Kilicdaroglu, the leader of the main opposition party, and his comrades.

This provided a historic opportunity to civilize Turkey's military administration. Nearly half of the country's generals and admirals have been arrested. Military colleges will be shuttered and replaced by civilian defense academies. The chief of staff will now report to the president and land, air and navy forces to the defense minister.

Yet when you look at global media outlets, they portray a very different scene. This rare moment of socio-political conciliation and the democratization of the military administration are almost invisible. Indeed, that a brutal military coup was attempted in Turkey is given only as a background detail. Few stories underline the dynamics of public resistance to the coup and give details on how it was mobilized. Where are the stories of the more than 240 people who have lost their lives? On the contrary, newspapers and television screens around the world are full of news of a great purge. We are reading stories of how Erdogan is eviscerating the army and other state departments and further solidifying his grip on power. There are fantastic articles that even argue that Islam is surging in Turkey after the coup failed.

Nobody can argue that such a huge and complex reprisal process will be free of mistakes and unfair cases; one expects the legal process to reassert control once the current state of emergency is over.

Yet, it seems to me quite strange that, with a handful qualified exceptions like the New York Times or The WorldPost, global media outlets and opinion circles are so heavily concentrated on the post-coup reprisal as if nothing happened before it. There is, once again, a big gap between global perceptions of Turkey and the reality on the ground. 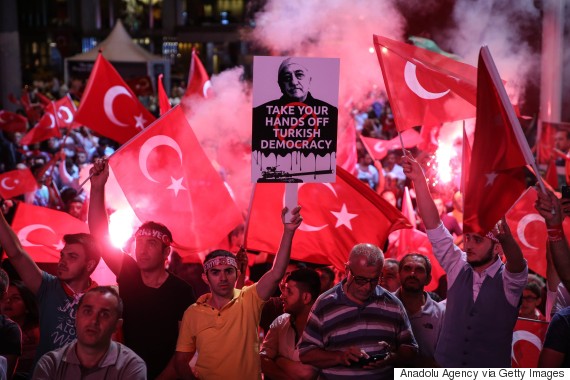 This gap has always been there. You can find the reasons for it in the oft repeated and partly convincing argument that Turkey is a torn country. As in many other cases of torn countries, alternate visions of reality compete with each other and whoever is closer to global content producers gets their version of reality into the global consciousness.

Binary thinking like this is an old fashioned way of analysis that's been abandoned and discredited. But the West still applies it to some parts of the world. That's why so many fail to grasp the reality in Turkey -- and to stand with the Turks in their struggle against a military coup. Anger towards Erdogan is so widespread that it fails to take a principled position against a brutal coup attempt.

Intentionally or not, many Western media organizations and decision makers get their information from a rather limited part of Turkish society.

But there is also the much-repeated, much-complained-about framing biases of most Western media outlets about eruptions of democracy in what seems to be a non-democratic part of the world. During military coup attempts -- or popular revolutions -- the framework through which the world views events are generally established not on what is happening, but rather on the power hierarchies and political priorities in place with that country.

Lastly, there's the Gulenist factor. The perception of Gulenists as a benign civilian community, especially in the U.S., where they have a successful public relations program, is distant from the reality that most Turks came to know during the last couple of years. In Turkey, people view the Gulenists as a gang-like organization infiltrating and permeating the state and eliminating rivals through suppression, intimidation and blackmail using a great deal of eavesdropping and manufactured evidence.

There are many solid criminal details that rather convincingly link Gulenists with the coup attempt. Yet when the global community has no idea of the clandestine side of this group, it becomes very difficult for people to be convinced that the Gulenists were behind it. Likewise, as foreigners can't diagnose the sheer number of Gulenists within the government and military, and the rather harmonious solidarity they possess, the current prosecution process seems to them to be a random purge of an immense number of people. 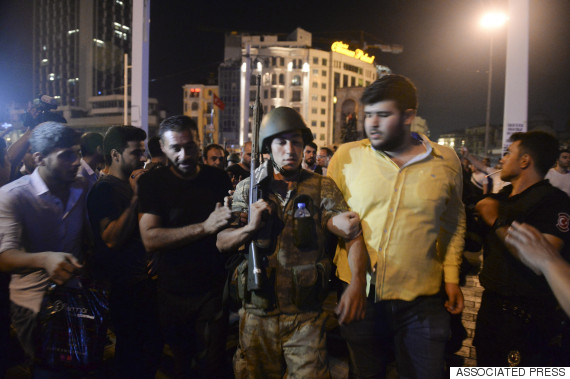 A Turkish soldier, arrested by civilians, is handed to police officers in Istanbul's Taksim Square on July 16. (AP Photo/Selcuk Samiloglu)

Today, largely as a result of this Western indifference towards the coup and its culprits and the much greater amount of attention paid to other events, many people in Turkey, including commentators who have nothing to do with conspiracy theories, believe that people in the West would have been content if this coup had succeeded. Turks are struggling to convince their global counterparts about what is so clear to them here at home.

I believe that many in the West will eventually come to terms with what Turks are trying to tell them these days. But the longer that process takes, the bigger the gap may become and the higher the likelihood that the West may lose Turkey as a trustworthy ally. More importantly, global media outlets will lose a great deal of credibility in the country. 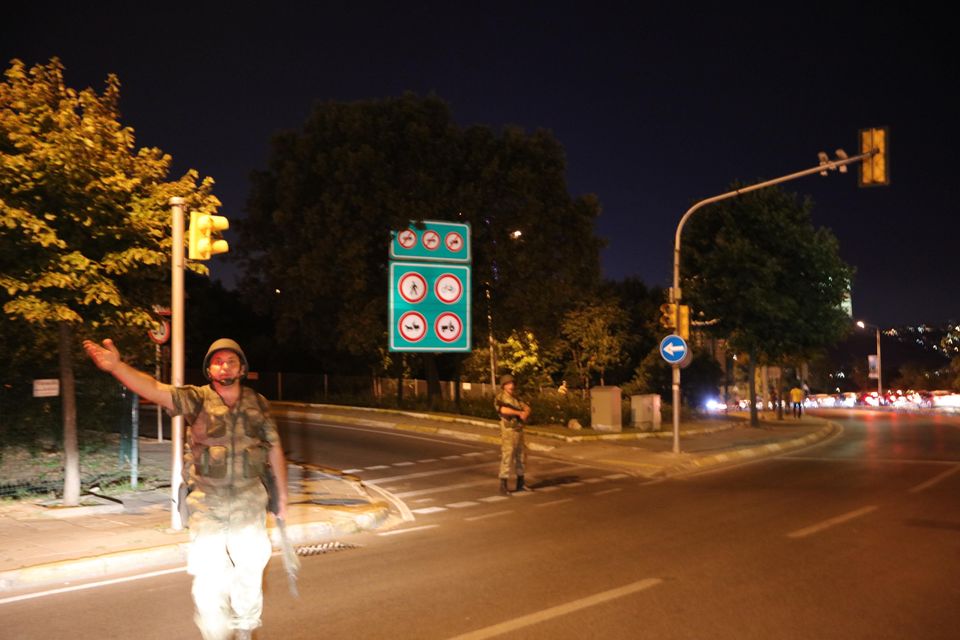