The Westboro Baptist Church is about to get a big surprise in the form of a new neighbor who plans to give the notoriously anti-gay group a taste of its own medicine.

Aaron Jackson, one of the founders of Planting Peace, a multi-pronged charity that has in the past concentrated on rainforest conservation, opening orphanages and deworming programs, bought a house that sits directly across from the church's compound six months ago. On Tuesday, March 19, he and a team of volunteers are painting it to match the gay pride flag.

The project -- which the nonprofit is calling the "Equality House" -- is the first in a new campaign Planting Peace plans to wage against the group. Westboro is known for its intimidating tactics of protesting (or threatening to protest) what they refer to as America's pro-gay, anti-God agenda, in close proximity to pride parades, soldier funerals and other events like the Sandy Hook memorial services.

"I read a story about Josef Miles, a 10-year-old kid who counter-protested the Westboro Baptist Church by holding the sign that says 'God Hates No One,'" Jackson told The Huffington Post.

"I didn't know anything about the church or where they were located, but that story kept popping up. And one night I wondered, Where is this church? I got on Google Earth, and I was 'walking down the road,' and I did a 360 view. And I saw a 'For Sale' sign sitting in the front yard of a house. Right away it hit me, Oh my gosh, I could buy a house in front of the WBC! And immediately I thought: And I'm going to paint that thing the color of the pride flag."

Jackson said he's always wanted to get involved in gay activism, but hadn't been sure of how to do it until this opportunity presented itself.

"The reason I haven't gotten into the gay rights activism is because, in a sense, it's almost silly -- it's 2013, are we really still in this position? It just seems ludicrous," he said. "But it is a real issue and kids are killing themselves. I've wanted to do something, and I knew when I saw that house for sale that it all came together. Everyone who knows me knows that I'm a little crazy and there's no red tape in my charity. When I want to do something, I do it."

Planting Peace bought the house for roughly $83,000, and Jackson has been living in Topeka for just over a month. As he waited for the perfect time to transform the house into a very visible celebration of gay pride -- and a direct challenge to what Westboro preaches -- he encountered members of the group, including the Phelps family, which has run the church since it was established in 1956.

"They own the majority of the homes in the community, and I walk through the area every day, and I see them running in between each other's houses," he said. "One day I was walking, and Shirley Phelps [one of Westboro's main spokespeople and the daughter of the church's leader, Fred Phelps] was on her four-wheeler. And I said, 'Hey guys, how are you?' And [she and her husband] responded, 'Oh, we're good. How are you?' We had a short conversation, and she was extremely nice, and she made a joke and we all laughed."

"It's the craziest thing -- and it really throws you off -- because she's the type of woman who calls you "hun" and "darling" -- she's very Southern," he said. "It's like, aren't you the lady that's supposed to be casting me into hell? It's truly mind-boggling, but I can't say anything personally bad about her because she was kind to me and she made me laugh. She'd probably be fun to hang out with."

But pleasantries aside, Jackson said he's confident that the church is already wary of his presence and may be expecting some sort of action from him.

"They're extremely smart, and I would be willing to guess that when I moved into this community that they looked up property records, especially considering that I drive a Prius and I have an original reelect Jimmy Carter sticker on the back of it -- I'm a screaming liberal," he said.

Jackson said he's also witnessed members of the church taking photos of the house and the industrial flagpole he installed, which stands in opposition to the flagpole that currently flies the pride flag and the American flag upside-down in front of the Westboro Baptist Church.

"It looks like the United Nations is having a stand off with flags. These flag poles are huge. They know that we've forked out big money for this," Jackson said.

Jackson said he's seen people who he thinks are members of the church, including high-ranking member Steve Drain, taking photos of the house.

By the end of Tuesday, the Westboro Baptist Church will no longer be wondering what is going on at Jackson's home. But beyond painting the Equality House the colors of the rainbow flag and flying the flag from the newly installed flagpole, Jackson is already working on the next steps in his new fight for lesbian, gay, bisexual and transgender (LBGT) equality.

"We want this house to be a message that where there's hate, there's also love. But we also want to raise awareness and capital, and we want to put all that money into creating and sustaining anti-bullying programs, along with supporting anti-bullying programs that already exist," he said. "Beyond the symbolic message of the home, [the house] will be utilized by volunteers to live here, and these volunteers will work on promoting equality anywhere in the world and managing these anti-bullying initiatives that we plan on creating."

While Jackson understands that Westboro feeds off of the attention that it receives from the media and others, he said he believes that it's still critical to address their hate.

"The media has already given them such a huge platform, and I don't see that stopping," he said. "We're taking the energy that's being poured into them and turning it into something positive. This is how we plan on playing it: Use their energy and let's turn it into something incredibly positive for the LGBT community."

Jackson said he also sees the Equality House as one more step toward bringing about the demise of the organization. In recent months, the group has faced a backlash both from former members -- like Lauren Drain, who released a book about her life in the church and who recently suggested that Westboro's leader, Fred Phelps, may himself be gay -- and city governments, which have passed legislation aimed at limiting the group's ability to picket.

"I think the future for the Westboro Baptist Church is very bleak," he said. "These poor kids will hopefully continue to leave that church. They have a lot of kids over there, but unfortunately they're not in a place where they can make decisions for themselves."

Jackson is confident that Westboro's loss of power and relevance is just one sign of the good things still to come for the LGBT community.

"I love seeing all of these Republicans and all these people who have been anti-gay all this time jumping ship because they know they're on the wrong side of history. It's an amazing thing to see," he said. "I know we have a long way to go in fighting bigotry, but we all know the gays are going to win. It's going to happen."

To find out how you can help support the Equality House and its anti-bullying campaign, click here.

See a slideshow of images from the Equality House below: 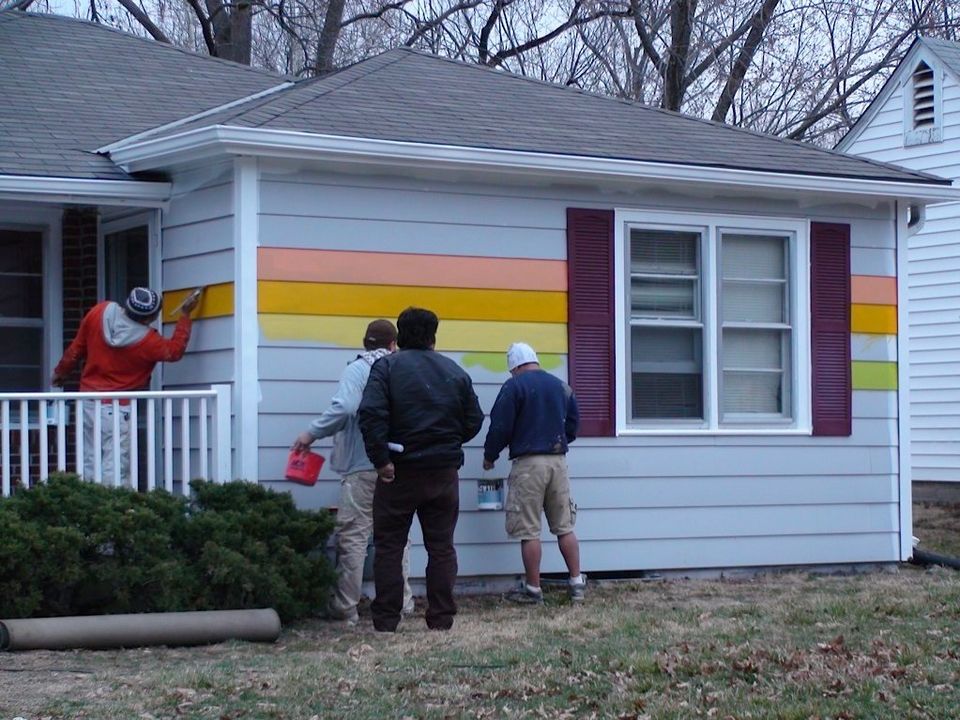