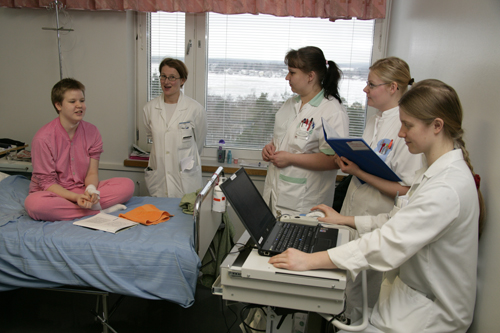 "Laboratory reports on Lyme Borreliosis cases (based on positive serology) have doubled in 10 years." -- Jarmo Oksi

Lyme disease is caused by a bacterium transmitted to humans via a tick bite. The CDC (Center for Disease Control) claims that Lyme Borreliosis is the most common and fastest growing infectious illness in the United States. The disease can cause a variety of flu-like symptoms such as fever, achy joints, fatigue and headache. Additionally, Anaplasmosis/Ehrlichiosis, Babesiosis, Rocky Mountain Spotted Fever, Bartonella, Tularemia, and more recently, Borrelia Miyamotoi (a distant relative of Lyme Borreliosis) are other recognized tick-borne infectious diseases in the United States.

Experts have been unable to agree for decades on whether a case definition called chronic Lyme disease exists. Yet, some Lyme victims, even after taking the standard treatment of antibiotics, continue to suffer from long-term and often serious health problems for years after they first contract the disease. Does chronic Lyme disease exist, or is the condition which some patients experience an autoimmune or nervous system response triggered by the infection, or indeed is it a bit of both? These are some of the major questions researchers are trying to figure out as they take on the enormous challenges of identifying better Lyme diagnostic tools and treatment plans for what is becoming a growing global public health crisis.

Today in The Global Search for Education, I take a look at tick-borne illnesses in Finland. I am joined by Docent Jarmo Oksi, Finland's leading researcher in the field of Lyme disease, who is based at the University of Turku in Finland. In addition, I welcome Markku Kuusi, Chief Medical Officer from Finland's National Institute for Health and Welfare. 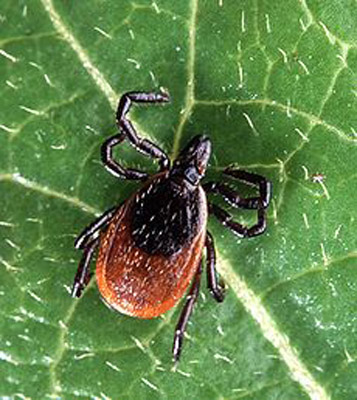 "The weakness of the Finnish surveillance system is that we don't collect any clinical information on patients, we only get notifications from laboratories." -- Markku Kuusi

What is the annual incidence of Lyme disease in Finland and in Europe at large?

Jarmo: Laboratory reports on Lyme Borreliosis cases (based on positive serology) have doubled in 10 years and are now about 1,500. The estimated number of Lyme Borreliosis infection cases is about four times this number -- i.e. estimated incidence in Finland is 5,000-6,000 annually (population 5.5 million), which is about 100 per 100,000 inhabitants per year. However there are areas in the Southwestern Archipelago with incidence of 1000 per 100,000 inhabitants per year.

Markku: Based on the National Infectious Disease Register, the incidence of Lyme disease in Finland has been about 30/100,000 during the past few years. In terms of the annual incidence in other Nordic countries, in Norway it has been about 6/100,000 and in Denmark, 1 - 2/100,000. It is hard to believe that there is such a difference in actual incidence, so that is why I believe the diagnostic criteria are truly different. The weakness of the Finnish surveillance system is that we don't collect any clinical information on patients, we only get notifications from laboratories; so it is difficult to say whether the symptoms of our cases really are compatible with Lyme Borreliosis.

Would you comment on the annual incidence of any of the other tick-borne illnesses which are endemic in Finland in addition to Lyme.

Markku: Tick-borne Encephalitis (TBE) is another important tick-borne disease in Finland. The incidence has been particularly high on Aland Island and therefore TBE vaccination is included in the national immunization program. Before the vaccination program, the annual incidence was up to 100/100,000 population. Now it has decreased substantially. It seems that in other parts of Finland (apart from Aland Island), the incidence is increasing, and therefore other areas may also be included in the immunization program in the near future (for example, the Archipelago around the city of Turku).

Markku: This is a difficult question. I think it is clear that some patients have a prolonged course of the disease which may last several months. The most experienced clinicians in Finland think that a continuing Borrelia infection is possible if the patient has not received adequate treatment for the illness, resulting in disseminated infection. Even after adequate treatment, some patients have symptoms due to immunological mechanisms, but it is very hard to say whether these symptoms are related to Borrelia infection or to some other causes. 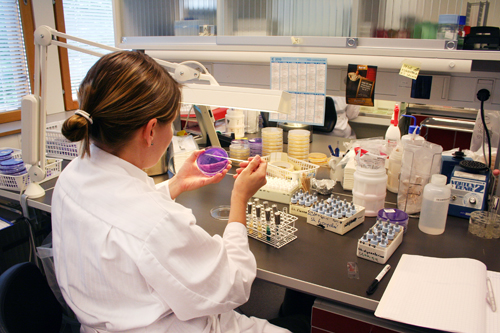 "The most experienced clinicians in Finland think that a continuing Borrelia infection is possible if the patient has not received adequate treatment for the illness, resulting in disseminated infection."
-- Markku Kuusi

If you believe in chronic Lyme disease, what do you believe are the most effective ways to treat it?

Jarmo: If you mean chronic infection, I think that this entity after standard antibiotic therapy is very very seldom (I see about one case in five years). However, if detected --e.g. with cultivation or PCR (the most specific way to detect), the treatment I give is individual antibiotic treatment -- maybe double the length compared to the initial treatment.

What do you believe is the most effective way to treat symptoms triggered by the infection, e.g. chronic auto-immune reaction?

Jarmo: During the first months I wait for gradual improvement. If there is no improvement after six to 12 months, I then start low-dose corticosteroid treatment for a certain subset of patients. Some other subsets may get help from, for example, amitriptyline, which raises the threshold for pain sensation.

What tests currently available to the general public, other than the Western Blot test, do you believe provide a better degree of certainty?

Jarmo: PCR (and culture) are useful in some situations (culture only in research settings), but even PCR is not sensitive enough to detect all cases -- e.g. in CSF (cerebrospinal fluid) of neuroborreliosis cases. Besides Western Blots, ELISA tests based on C6 peptide are generally good as confirmatory tests. 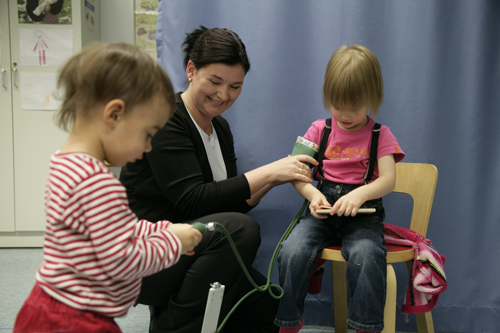 "We are currently enrolling patients into a study on neuroborreliosis: comparison of IV Ceftriaxone for 3 weeks vs. oral Doximycin for 4 weeks. Hopefully this study will give us new knowledge on markers of how to identify patients with reactive symptomatology triggered by Lyme neuroborreliosis."
-- Jarmo Oksi

Are you aware of any other promising tests in development?

Markku: Last year, a Finnish group reviewed the diagnostic tests in our country. It is my understanding that right now there are not unfortunately any new reliable tests available. So we shall have to wait awhile for them.

To what research do you believe scientists around the world must give priority in order to overcome the challenges the public faces with finding a cure for Lyme disease?

Markku: I think it is important to better understand the mechanism behind the sequelae of acute borreliosis. Therefore, we need more research on the immunology of the disease. In other words, how does the bacteria actually cause joint symptoms or neurologic symptoms. I think this will help us to develop better diagnostic tests and hopefully better drugs. I believe antibiotics are not the only solution.

Jarmo: We are currently enrolling patients into a study on neuroborreliosis: comparison of IV Ceftriaxone for three weeks vs. oral Doximycin for four weeks. Hopefully this study (with control CSF specimens) and long follow-ups of patients also will give us new knowledge on markers of how to identify patients with reactive symptomatology triggered by Lyme neuroborreliosis.

How can technology help us find a cure for Lyme disease faster?

Markku: This is not really a field in which I am knowledgeable, but I believe that better molecular and immunological methods may give possibilities for new diagnostics and for the development of new drugs. What I really hope is that there will be better and more specific laboratory tests for Lyme Borreliosis in the future. I think that one of the key issues is to harmonize the laboratory methods so that we can get a better understanding of the epidemiology of Lyme disease in Finland.

For more information about Lyme and Tick-Borne Diseases, and Prevention and Protection, go to http://www.TBDAlliance.org.