Here’s something you probably didn’t know happened in California in the last few years, and maybe it’s something you never imagined could happen: In 2011, two high-ranking state regulators were fired from their posts for pissing off the oil industry. No one really disputes the veracity of that statement; not even Governor Jerry Brown. “They were blocking oil exploration in Kern County,” the Sacramento Bee reported Brown announcing at an event six months later. “I fired them, and oil permits for drilling went up 18 percent.”

Catherine Reheis-Boyd, president of the Western States Petroleum Association, also celebrated without restraint, unconcerned that the people of California might detect her hand guiding the Governor’s pink-slip pen. After the firings, Reheis-Boyd boasted to the Los Angeles Times that her industry once again had a “clear pathway for people to get permits and proceed with drilling in this state. The communications lines are very open.”

To be clear, Derek Chernow, then acting director of the Department of Conservation, and his deputy, Elena Miller, who headed up the Department of Oil, Gas and Geothermal Resources (DOGGR), weren’t actually guilty of poor communication or holding up permits. They’d simply been insisting that the oil industry adhere to certain laws, such as the California Environmental Quality Act and the federal Safe Drinking Water Act. They were acting fast, as disaster loomed: In June of 2011, a 54-year-old Chevron employee, Robert David Taylor, had been killed when he fell into a sinkhole that opened up at a well site near the Kern County city of Taft; one month later, the U.S. Environmental Protection Agency warned state regulators that drillers weren’t doing enough to protect groundwater at wells where they injected steam and chemicals into the ground to draw out stubborn crude.

Chernow and Miller banned steam injection near the troubled area where Taylor died, where wells were erupting in 100-foot geysers of steam and fluids were accumulating on the surface. The two also started demanding that companies submit documents proving the safety of underground injection wells, where drillers inject steam or various chemical-laced liquids beneath the surface, and withheld permits from those who refused to comply. That was something DOGGR, under its previous director, Jason Marshall, had not done, and the oil executives were livid.

Also read these stories in our “Persuaders” series about corporate lobbying:

The oil industry, led by WSPA, organized a letter-writing campaign against the two regulators, their complaints backed up by a group of legislators that included then-State Sen. Michael Rubio, a Democrat from East Bakersfield. Brown capitulated within months. He put Marshall temporarily back in charge at the Department of Conservation, then two months later appointed Mark Nechodom, husband of then-Secretary of State Debra Bowen, as the agency’s director.

This year, on June 4, Nechodom resigned amid accusations from federal authorities that his agency stood idly by as oil companies injected their wastewater into hundreds of Central Valley drinking-water wells, violating the very law Chernow and Miller lost their jobs trying to uphold. Fields and orchards in the San Joaquin Valley have also been poisoned, and DOGGR, now led by Steve Bohlen — who, with Nechodom, has dined out on the oil-lobby’s dime — is now a defendant in a conspiracy lawsuit brought by the growers under U.S. racketeering law.

When asked by Capital & Main whether he thought it appropriate for a regulator to have his dinner paid for by the industry he’s regulating, Bohlen replied through a spokesperson that “it was a mistake and inconsistent with his practice.” He has mailed a check to WSPA to reimburse the organization for the full amount of his dinner.

As for former Sen. Rubio, in 2013 he abruptly resigned from public service and went to work for Chevron.

Oil has long been a key political player in California; the trend didn’t start with Brown. But it still defies belief that in a time of record drought that is exacerbated, some say, by global warming, the petroleum lobby can capture a governor who publicly fancies himself a climate defender, get him to flaunt state and federal environmental laws, and remake a crucial regulatory agency at the industry’s urging. The Western States Petroleum Association, under Reheis-Boyd’s leadership, gets much of the credit: In the last three years, WSPA has outspent every other political persuader in California. Its 2014 lobbying costs came to nearly $8.9 million.

“They are a huge, huge spending force,” Kathryn Phillips, the Sierra Club’s legislative analyst in Sacramento told Capital & Main. “If you have a bill that they don’t like, it’s really hard to get that bill out.” In addition to lobbying dollars, WSPA puts even more thousands into independent expenditure committees to oust candidates that don’t toe the oil industry’s line. “If you do get a bill out [that] they don’t like,” Phillips said, “and you’re a legislator and you vote for that bill, they’ll come after you.”

Lawmakers targeted by WSPA in last November’s election include former Assemblymember Sharon Quirk-Silva, one of 38 Assembly members who didn’t sign a letter asking the state air board to delay adding transportation fuels to the California’s “cap-and-trade” carbon market, as required under its landmark climate law, AB 32. Lawmakers who did sign the letter enjoyed luxurious perks: On November 18, WSPA lobbyists treated a group of legislators, including Assemblymembers Henry Perea (D-Fresno) and Kristin Olsen (R-Modesto) to a $1,439 dinner at Spago in Maui.

The year before, as an injection-well disclosure law brought by AB 32’s author, State Senator Fran Pavley (D-Agoura Hills), went before the legislature, WSPA joined Perea and 11 other legislators for dinner at The Kitchen, a Sacramento restaurant where the chefs talk you through the preparation of your meal. The tab topped $10,000 and WSPA picked it up. The oil lobby then managed to win last-minute amendments to the law in the Assembly, including one that allowed drillers a two-year grace period before regulations took effect.

The WSPA targets the general public, too, albeit with less success. In 2014, the group “activated,” as Reheis-Boyd put it in a candid PowerPoint that got leaked to the press, a network of front groups to warn of a “hidden gas tax” that cap-and-trade would impose when gas suppliers started trading carbon credits. The public didn’t fall for it: Gas prices dropped, and most of the Astroturf groups have since ceased to exist.

Nor has the group slowed AB 32’s progress overall. The California Air Resources Board, despite some dining-out experiences of its own with WSPA representatives, has forged ahead with the state’s carbon-trading market, deaf to cries from the oil industry that the new rules will kill jobs and hurt the economy.

“They’ve failed to do anything [to derail climate laws] on the regulatory, legislative and ballot levels,” says Susan Frank, the director of the California Business Alliance for a Clean Economy, a network of small businesses that favor climate laws. “And that is because there’s tremendous popular support for climate policy. Time and time again the voters support addressing climate and clean energy.”

Especially since — contrary to the oil lobby’s doomsaying — cap-and-trade, which allows polluters to buy credits to emit greenhouse gases from cleaner enterprises that sell them, has not so far hurt the state’s economy. By generating nearly $1 billion in revenue last year, it may have even helped.

For the current legislative session, WSPA is lining up votes to oppose Sen. Mike McGuire’s (D-Healdsburg) Senate Bill 788, which would eliminate a loophole in the state’s ban on offshore drilling. Although both the state and federal governments put most of California’s coastline off-limits to drillers after a rig blew up in 1969 off the coast in Santa Barbara, coating 35 miles of shoreline with raw crude, drillers can still extract oil from under state waters so long as the drilling rigs sit on federal land. (None have so far, but two have applied to drill into the sea from onshore rigs on Vandenburg Air Force Base.)

The bill passed in the state Senate in June, riding the momentum created by the May 19 oil spill that happened when a badly corroded pipeline operated by Plains All American spilled 105,000 gallons of oil onto the beach and into the ocean. SB 788 heads next to the Assembly, and then to an uncertain future on the Governor’s desk.

It’s possible that the conspiracy lawsuit, the U.S. EPA’s stepped-up oversight and the clear threat of poisoned groundwater have moved Brown to rethink those years when he kowtowed to the industry and threw two public servants’ careers into limbo. Neither oil production nor employment in the oil fields rose after the firings; Occidental still moved its headquarters out of California to Texas, and Chevron transferred away 100 jobs, despite the Governor’s largesse. All Brown really got for his pains was a $500,000 donation from Occidental Petroleum, toward the 2012 campaign for Proposition 30, the Governor’s tax-hike ballot initiative. That the donation was a thank-you gift escaped the notice of no one who was paying attention. Unfortunately for California’s public health and safety, not that many people were.

Correction: Due to a typo, an earlier version of this story miscorrectly stated the donation Jerry Brown received from Occidental Petroleum. 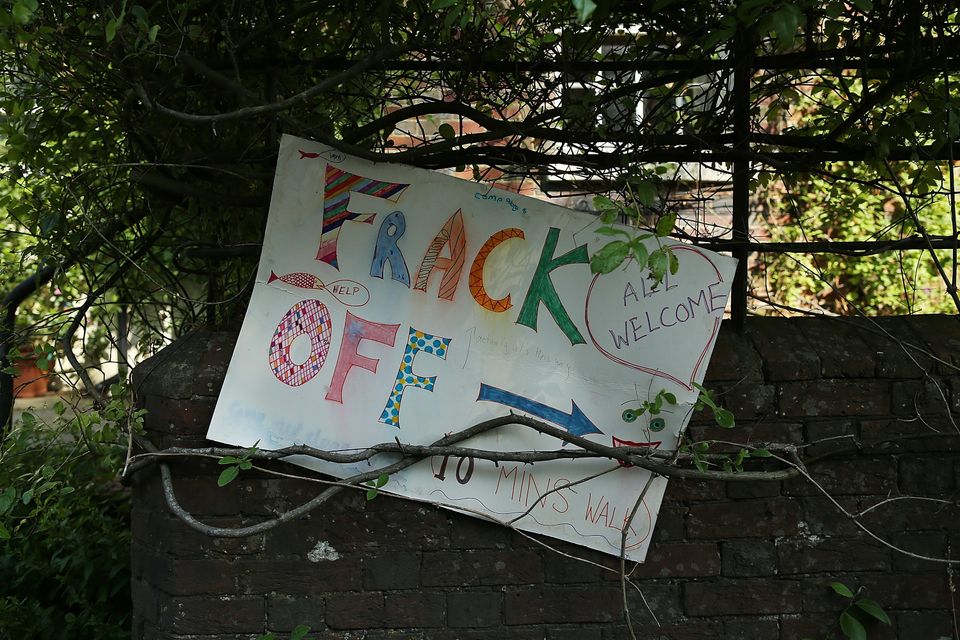