After a record number of Hawaii shark attacks in 2012 -- 10 instead of the yearly average of 4 -- surfers and water sport enthusiasts alike are looking to their outerwear for some peace of mind.

Australian research company SAMS' (Shark Attack Mitigation Services) shark deterrent technology may by that extra source of comfort. In conjunction with The Oceans Institute at the University of Western Australia, SAMS looked to shark behavior to create a product that's one step ahead of attack patterns.

It goes something like this: A SAMS-developed formula using the variables of color, contrast, size, shape, depth and distance can determine how sharks perceive objects in the water and use wetsuits as a canvas to counteract those perceptions. The suits offer sharks the image of either a poisonous creature (by mimicking patterns of other sea life that sharks dislike) or a, more or less, invisible target. The idea is that this disrupted visual perception of what may once have been viewed as a meal, will delay an attack, giving ocean-goers a chance to react, or prevent it altogether.

Though the company's attempt to create a shark-repellant wetsuit seems promising, others are saying that it may actually do more harm than good.

Director of the Florida Program for Shark Research, George Burgess, told National Geographic that the striped suits meant to imitate poisonous sea creatures may, in fact, be "highly attractive" to sharks.

"That striped suit that is supposed to look like a lionfish is about as nice a thing as you can do to attract a shark, because of the contrast between dark and light," he said, instead suggesting "countercoloration."

Turns out the only real way to prevent a shark attack is to stay out of the water. 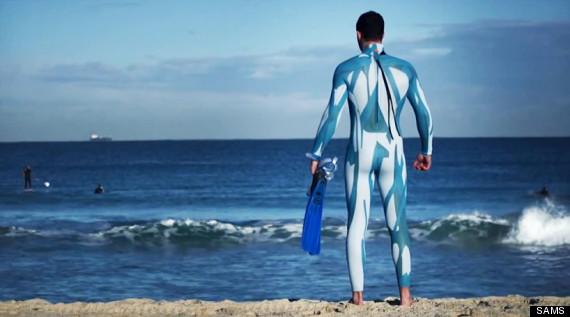 This suit plays off of sharks' colorblindness and mimics water -- like camouflage -- making it difficult for sharks to see. 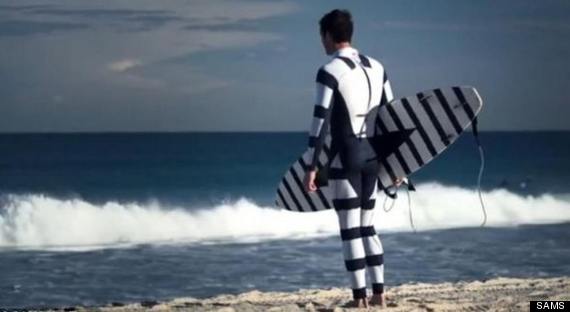 This suit mimics patterns of other sea life that sharks dislike or find threatening.

New Wetsuits Could Be The Answer To Increased Shark Attacks
Sharks!