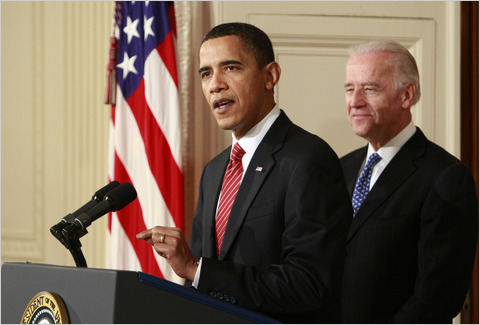 Hallelujah! They got it done.

I'll be the first to admit I was skeptical about the way Obama went about catering to the Republicans, who strung him along for over a year. But enough was enough, and with their huge congressional majority in jeopardy come November without a major success under their belts, the Democrats played the kind of hard ball the Republicans have been employing for years.

Except instead of respect for what their colleagues achieved, the GOP leadership whined in sore loser fashion and showed their true colors up to and including the final showdown on Capitol Hill. Rep. Jean Schmidt (R-Ohio) moaned with indignation about the rights of the unborn, when it's been clear over the years through the policies of most Republican administrations that once folks are born they couldn't care less.

Whether it's health care, jobs programs, the environment, social programs or civil rights, the Republicans have long been the naysayers, stubbornly clinging to mindsets that are honor bound to protect their fat cat patrons or right wing holier than thou protectionists.

With the barest of majorities in congress and a president who lost the popular vote they had no problem at all ramming an unnecessary and costly war down our throats -- a conflict that contributed to the financial morass we're currently in and, worse, killed or maimed so many thousands who actually breathed and lived among us.

They enacted financial legislation in support of mega corps and billionaires in the form of tax cuts and reduced business regulation, but have suddenly become cost-conscious when the beneficiaries are average Americans who are denied health coverage, hospitalization, medical procedures and drugs because they can't afford insurance.

Why is it that Americans only see Republicans' true colors when their results are catastrophic, as in the case of the unending wars in Iraq and Afghanistan and the financial crises of the last couple of years? And why can't they see through the overly righteous moral indignation and outrage expressed by GOP lawmakers and governors, usually most evident against policies that are designed to help their fellow men and women? 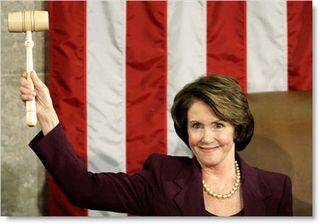 Democrats in the main sometimes tilt at windmills but in attempting to do so seek the betterment of society as a whole. Republicans in contrast are oft engaged in skewing public relations in a false manner to scare people off or divert attention from the real truths, as when George H.W. Bush defeated Michael Dukakis and his thoughtful platform mostly by continually reciting the Pledge of Allegiance -- what tangible benefit to our citizenry was accomplished by that? -- and making it appear the 1988 Democratic presidential nominee was soft on crime, because of the Willy Horton freak incident that could have happened on any leader's watch.

The GOP was at it again Sunday night. This time, I was doubly outraged when House Republican Leader John Boehner (R-Ohio) shouted "Shame on this body" in a dramatically raised, booming voice very reminiscent of Elmer Gantry. He kept harping how it wasn't the right time now that the nation was in such horrible economic straits -- never admitting it was the GOP which had mostly caused it all -- and never explained how, when the economy was doing well and the Republicans were in charge, they hadn't done anything about health care then.

It was urged that "comity" be restored to the legislative body, yet "comity" was not the concern of the GOP House Leadership, which went ahead with the trumped up and wasteful impeachment of President Bill Clinton in 1998, a purely political move they all knew had no chance of success.

Then, in a desperate ploy, many GOP speakers expressed "dire" warnings about President Obama's Executive Order underscoring no federal funding of abortion, issued as a guarantee to anti-abortion House Democrats. One by one, Republican doomsayers said it was not worth the paper it was written on, because the president could undo the action at will. Perhaps the next day was uttered more than once as they tried to erect this faux bogeyman. That this was absurd if it actually occurred -- because it would only harm Obama's credibility and future programs -- didn't concern these GOP folks whose only aim was to deflect public opinion in favor of their point of view. The truth has lately not been the arrow of choice in the Republican quiver.

And as a further demonstration of GOP hypocrisy when it comes to "comity," Congressman Randy Neugebauer (R-Texas) shouted "Baby Killer" when Rep. Bart Stupak (D-Mich), who'd led the anti-abortion Democratic contingent, spoke in favor of the Health Care bill. It shows how low the opposition has stooped. They have until recently been so used to getting their own way, in spite of the means they came to leadership, that they resort to behavior akin to a small child's tantrum when they no longer can.

Well, they lost, and again I'll say Hallelujah! It's now the law of the land, as Wolf Blitzer said on CNN, a line repeated on the broadcast networks NBC, CBS and ABC, in the New York Times, the Washington Post and bandied about on Facebook, Twitter and in video replays on YouTube. As the American people get used to it and see that the sky won't be falling, they will once again embrace the Obama agenda. His success will beget others: appropriate bank legislation, jobs initiatives, environmental protections and the inevitable official integration of gay Americans into our armed services, where millions have already served in the shadows.

I'm bursting with pride that America is now not only the strongest nation in the world, but more importantly, that it has finally taken a major step to join its sister nations abroad, who've already adopted so many of these moral imperatives.