When a woman on a family boating trip on Washington State’s Puget Sound realized she was getting mighty close to several humpback whales, she got nervous.

Darren Lucianna, who is related to the woman who called the emergency line, filmed the encounter and posted it to Facebook, where it has since gone viral.

“I’m out in Puget Sound and there’s three gray whales and I’m afraid we might get flipped over and I’m really scared,” the woman can be heard telling the 911 dispatcher.

Many Twitter users made fun of the woman for calling, and more than a few referenced the recent slew of white people who called police on black people for no legitimate reason.

"Even Black whales can’t catch a break from Beckys calling the cops on them."- Asha Noor 😂😂😂

You couldn't quite hear it, but she said, "They're not armed as far as I can see, but they DO have fins...!"

However, the woman was not a “whalist.” Indy100.com pointed out that at the end of the video, she explains that she wanted to alert the police in case something bad happened so they would know where to find them.

HuffPost reached out to Lucianna for more details, but he did not immediately respond. 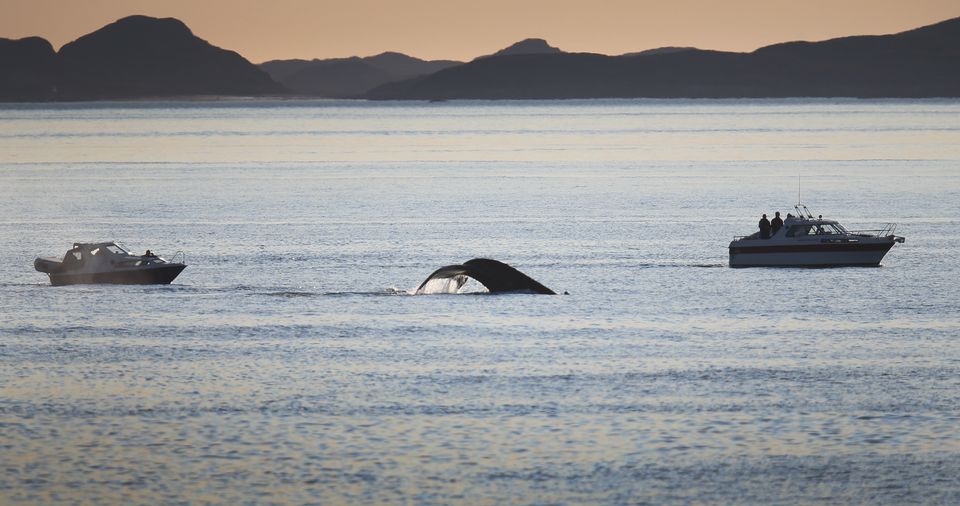