Talk about a whale of a find.

In what's being called the first discovery of its type, scientists recently stumbled upon a whale skeleton on the ocean floor near Antarctica -- one of only six natural whale skeletons found worldwide.

That's not all. As the researchers took a closer look at their find, they noticed something else quite remarkable -- at least nine never-before-seen species of deep-sea organisms feeding on the bones and skull.

"Whale skeletons are able to support life on the seafloor, even after a considerable amount of time," study author Diva Amon, a Ph.D. student at the University of Southampton in England, told The Huffington Post.

Whales sink to the ocean floor after their deaths, and then the carcasses, known as "whale fall," become a sort of feeding ground for other marine life.

The researchers said the skeleton they found, believed to be that of a Minke whale and "several decades" old, was unearthed in a crater about a mile beneath the ocean's surface.

In this instance -- as in many "whale fall" discoveries -- the skeleton was uncovered with the help of a remotely operated vehicle (ROV).

"We were at the end of a very long remotely operated vehicle survey with the U.K. ROV Isis and had already gone an hour over our allocated time on the seafloor, when we spotted a row of curious white blocks in the distance," Amon said. "Upon investigation, we realized it was a whale skeleton with lots of deep-sea animals living on and around it."

Those deep-sea organisms, which were confirmed as new discoveries, included a type of bone-eating Osedax worm. The researchers collected three of the whale bones and shipped the specimens to the U.K. for analysis by the British Antarctic Survey and the Natural History Museum.

A paper about the discoveries, "The discovery of a natural whale fall in the Antarctic deep sea," was published in the online journal Deep-Sea Research II: Topical Studies in Oceanography.

Watch two clips of the ROV footage in the video above, and click through the gallery below to see photos of the findings. 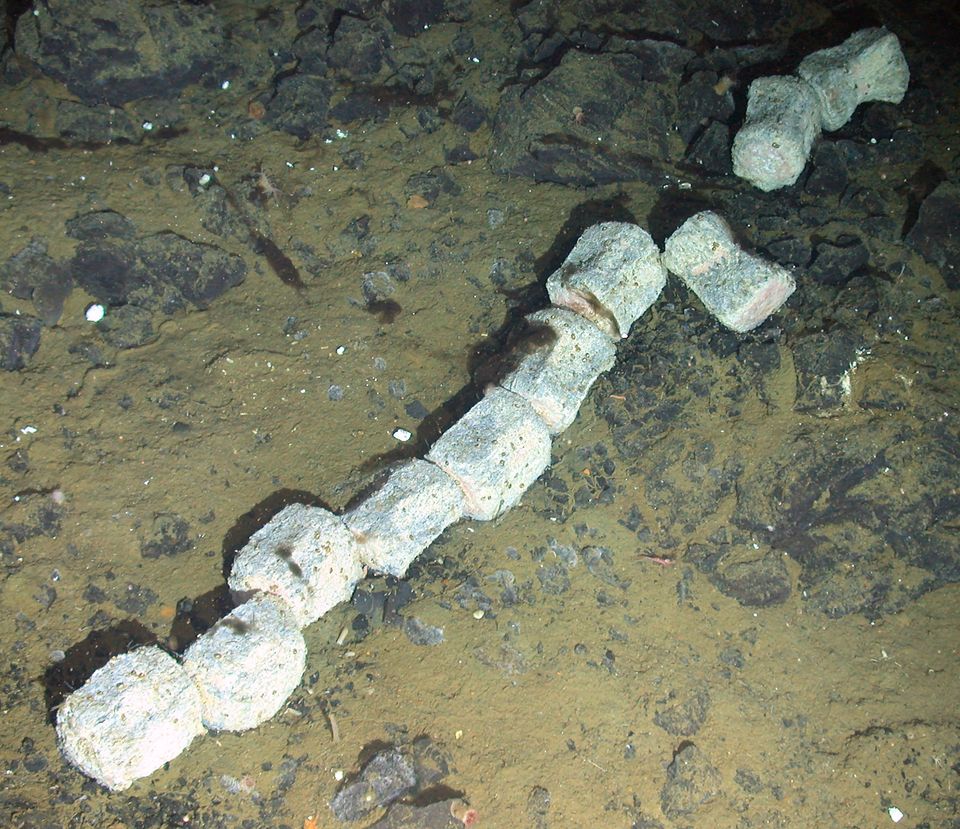