A 15 million-year-old, 1,000-pound whale skull was found on the Potomac River shore of Virginia's Stratford Hall Plantation -- the birthplace of Confederate Gen. Robert E. Lee (born in 1807, which suddenly seems like not such a long time ago).

Here's a video of the excavation, put up by John Nance, paleontology collections manager at the Calvert Marine Museum, which uncovered and now houses the skull:

The skull is from a baleen whale -- a toothless filter-feeder, according to a Calvert Marine Museum press release. At six feet long, it's one of the largest whale skulls ever collected in the area.

The rest of the skeleton is still buried in the cliffs. In its press release, the museum said the whale "would have been 25 or more feet long."

"It would have been similar in size to a modern day minke whale," Nance told The Huffington Post. (Minke whales are about 30 feet long.)

Nance told The Washington Post that the species can't be identified conclusively until the whole whale skeleton has been examined, which could happen within the next couple of weeks.

Whale Update! Here is the whale skull being transported to the Calvert Marine Museum in Maryland.. pic.twitter.com/Jf0tlOUXq8

The Stratford Cliffs, where the skull was found -- and where a boy once died in a landslide while trying to add a cross to the cliffs' graffiti -- is famously rich with fossils from the Miocene era, from about 23 million to 5.3 million years ago, when the climate was warmer and ocean covered much of the coast.

"The Potomac as we know it today wasn’t here 15 million years ago," said Nance. "There were baleen whales, toothed whales like dolphins, dugongs, turtles, sharks and crocodiles all living in the area at this time." 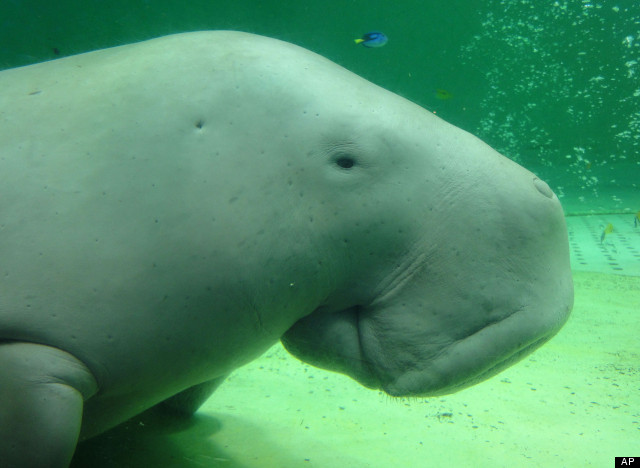 Dugongs are like manatees, and we're finding it hard to think about much except what it would be like to see these animals living within swimming distance of the nation's capital (now about a two-hour drive from Stratford Hall). The only thing that can take our minds off that is imagining them also consorting with some mastodons -- enormous elephant-like animals whose fossils have also been discovered nearby. Hell, since we're in fantasyland now, let's also imagine that George Washington, whose birthplace is also in Westmoreland County, is there, too. 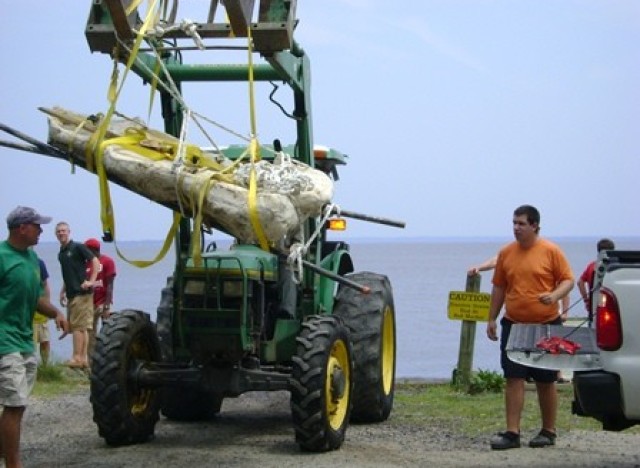 Back in reality, Nance said the whale is a dream find, but not the end of his dream finds. He said his hope remains that at some point, the cliffs will present him with the fossil of a Miocene land animal.

"A horse or a rhino," he said. "It's really amazing to think about this area. It was a tropical place ... completely different from what it is today." 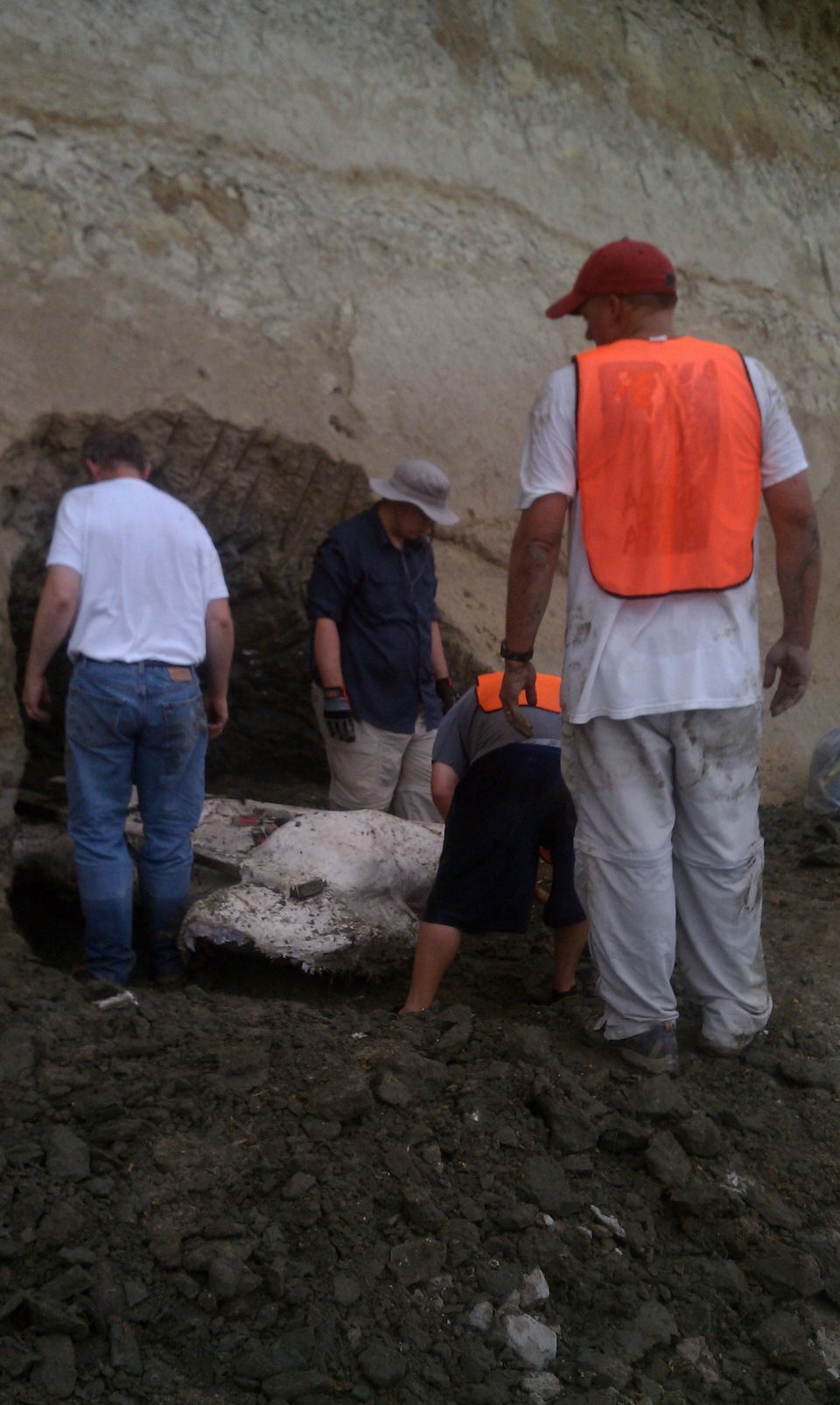