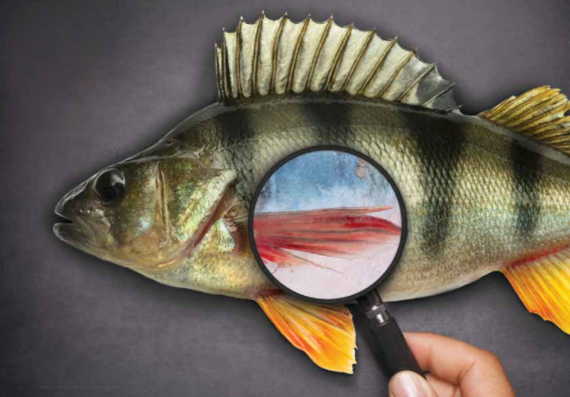 The U.S. imports as much as 90 percent of its seafood, and it is vital for consumers to know where all this food is coming from. Seafood fraud - the mislabeling or species substitution of seafood products - is a global problem that cheats customers, poses a threat to consumer health, and hinders conservation efforts around the world. This week, a new report released by Oceana (Deceptive Dishes: Seafood Swaps Found Worldwide, Sept. 7) illustrates just how common seafood fraud is; a review of more than 200 published studies across 55 countries found that, on average, one in every five samples of seafood tested was mislabeled. This finding underscores the need for concrete action to put in place full boat to plate traceability for all U.S. seafood (whether domestic or imported) to protect U.S. consumers and businesses from seafood fraud.

The study found that, as in the U.S., seafood fraud globally is frequently driven by economic incentives, including the sale of illegally caught fish as well as driving up the price of cheap fish through dishonest labeling. For example, researchers found that farmed Asian catfish - a common, inexpensive fish - was dishonestly sold as 18 different types of fish that are typically sold at higher prices.

In addition, Oceana's report found that the global prevalence of seafood fraud is undermining the efforts of consumers who want to make responsible seafood choices. Without strict traceability rules and informative consumer labeling in place, protected or even endangered species may be unknowingly purchased by consumers. A study of Italian seafood products found that 82 percent of the 200 grouper, perch and swordfish samples tested were mislabeled. Of those samples, almost half of the substituted fish were species that are considered threatened with extinction by the International Union for Conservation of Nature (IUCN). In California, a since-closed sushi restaurant was caught selling whale sushi - including meat from the endangered sei whale - which had been labeled as "fatty tuna" to illegally import it. Consumers will only be able to eat seafood responsibly if they are provided with the information they need to make informed choices at the seafood counter and in restaurants.

Fortunately, it is possible to effectively combat the problem of seafood fraud. For example, the European Union has moved to implement new policies designed to limit illegal fishing and improve transparency and accountability in the seafood supply chain. Oceana's research suggests that these measures are working, showing a steady decrease in EU seafood mislabeling rates, particularly in those species and sectors of the seafood supply chain covered by regulations. The 2015 fraud rate was found to be 8 percent - less than half what it was during the 2003-2011 time period.

The U.S. should follow the example of the European Union and put in place policies that will ensure that the seafood Americans eat is safe, legally caught and honestly labeled. The Obama administration's Presidential Task Force on Combating IUU Fishing and Seafood Fraud released a proposed rule earlier this year that would require traceability to the first point of entry into U.S. commerce for certain species considered "at risk" of seafood fraud. This is an encouraging first step, but the final rule needs to go further. As world leaders head to Washington for the Our Ocean conference next week, the administration should take this opportunity to create the strongest rule possible by expanding the documentation requirements to all seafood and extending traceability throughout the entire seafood supply chain. Such a rule will protect American consumers and promote responsible stewardship of the oceans worldwide.