While it's not entirely clear why whales breach, there is a far fetched theory that they are jumping -- leaping, even -- to show off their pure joy. After watching the incredible footage below, we're starting to think that that theory is spot on.

Apparently, a pod of humpback whales somehow saw the drone-captured Banzai Pipeline video that went viral earlier this year. "Pffft. We can do so much better," they thought, and so they headed over to the same spot, which is one of the world's most photographed surf breaks, for a debut of their own.

The pod -- including an adorable and extra ambitious calf -- chose this past Saturday to show off their magnificence, and photographers and professional Instagrammers alike were nearby to capture the rare moment.

The whales' publicity stunt even caught the attention of Eric Sterman, the drone videographer who recorded the original viral Pipeline video. Sterman, as the whales probably expected, produced another breathtaking show featuring the little family.

Want to see just how close the gregarious pod got to their shore-bound audience? Scroll for more pictures. 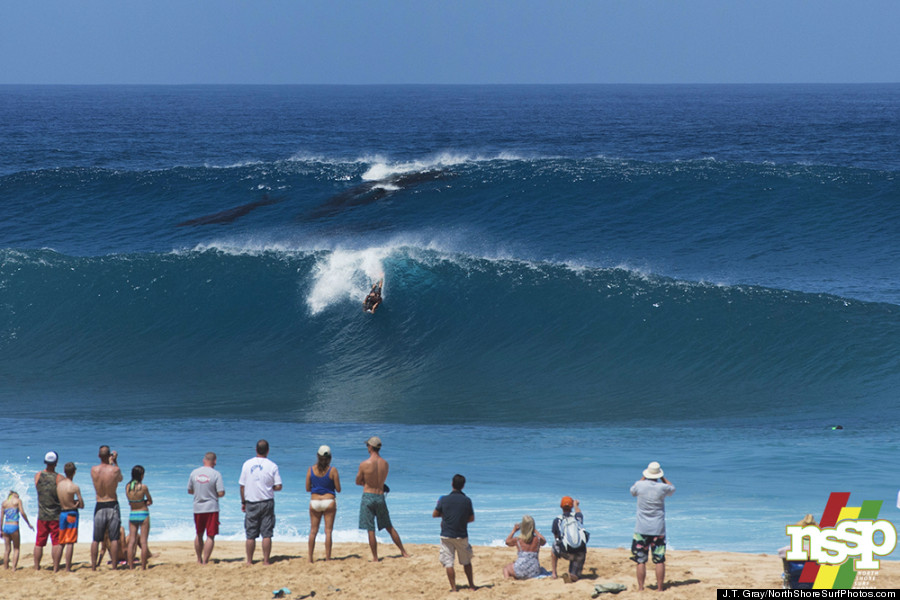 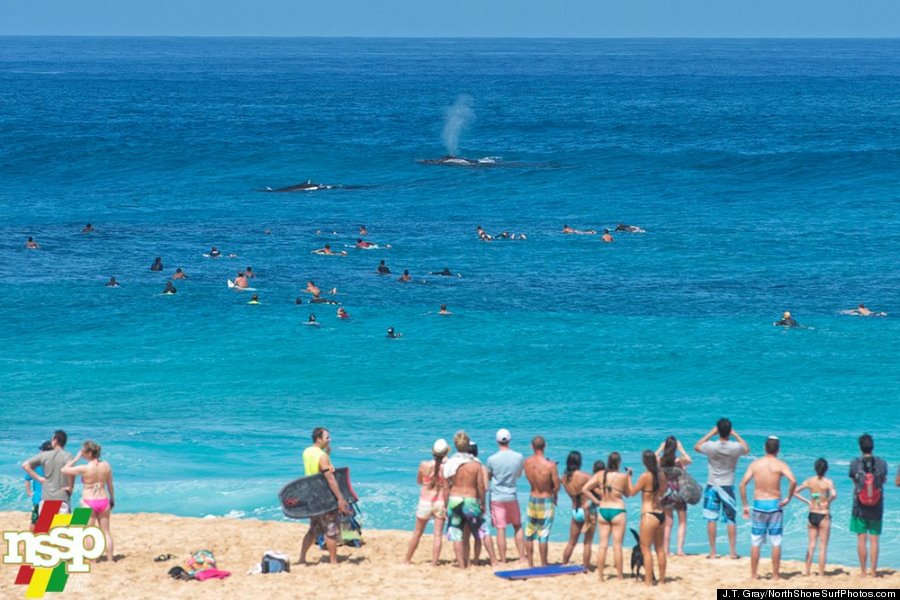