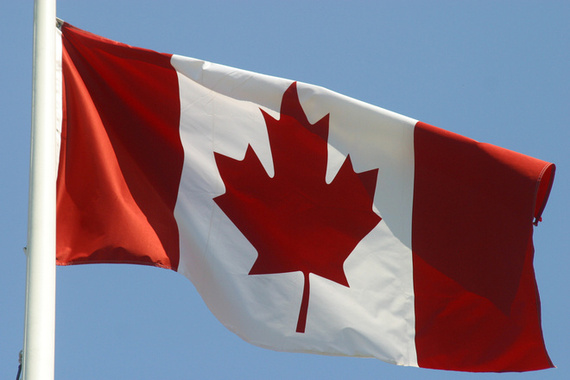 In the wake of last year's Paris and San Bernardino attacks, there has been such nauseating negativity surrounding Muslims in the media that it has finally spilled over onto the sights and sounds of the majestic Canada I once knew.

As a Canadian Muslim, never have I ever even once experienced any form of racism, prejudice or malice based on my ethnicity or religious affiliation throughout my life in this country, until recently.

I normally grab a cup of coffee from the coffee shop opposite the bus terminal on my way to work every morning. I take the same bus, same route, at the same time every day -- 8 am sharp!

A few days back, while waiting in line to place my order for coffee amid the morning rush, I had the Quran app opened up on my cell-phone. I reverently recite Quranic verses in the morning to start off my day. It is a spiritual invigoration that I practice with peace and sanctity. It was then that I felt someone looking over my shoulder and mumbling something to the person next to him. The next thing I know, he pushes my arm, sending my phone to the floor. I turn back horrified to find an older gentleman in perhaps his late 50s, standing with a woman that appeared to be his wife. He looks at me sternly and literally scolds right to my face:

"Get your punk a** out of here you devil worshiping Islamic freak!" 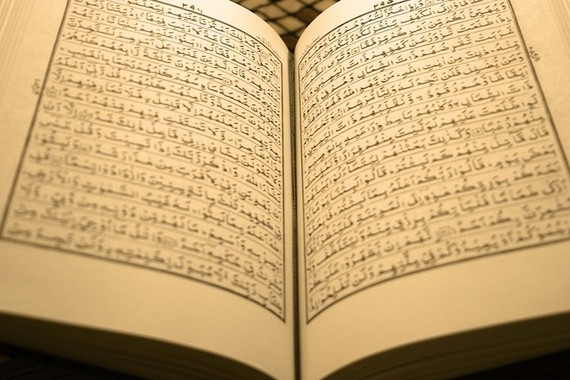 I was numb in utter shock!

The cashier at the counter was startled at what had just happened and for some reason the people in line in front of me moved away a few steps while staring at me. I felt like a reviled criminal, as if I was being arrested in broad day light by the handcuffs of people's judgment. Right there in the middle of a public place; a place where I stand in line as a responsible law-abiding citizen almost every morning, paying $2.50 from an honest earning for a cup of coffee. An earning I pay taxes on just like everybody else.

I clinched my fist in sheer disgust. I wanted to punch this man's face out that very moment or exclaim something verbally insulting to put him back in his place. Yet, for some reason, I did not have the heart to follow through. A strange calmness came over me; something I can only attribute to the virtues of patience and forgiveness that my religion teaches all its followers in the face of ignorance and malice.

The aging man was not my physical equal in height or strength; yet I did not want to let him off scot-free. I wanted him to know that such blatant hate and unfounded resentment is not okay to harbor for any human being, that such xenophobic discourse is exactly what lends credence to ISIS and their minions in their demented quest to perpetuate the "Us vs Them", the "Islam vs West" worldview, thus reinforcing their sadistic mission statement.

I looked at him straight in the eye, shook my head in a gesture of disgusted pity and turned away. I reached for the floor to pick up my phone, but before I could, a blonde girl who appeared to be a college student reached down and beat me to it. She dusted it off and observed,"It's not broken, don't worry", while looking at the screen clearly displaying my Quran app and the holy verses in Arabic. She then glanced at the older man and asserted:

"You should be ashamed of yourself! Please take your hate elsewhere sir. This is Canada, not your TV lounge".

The man mumbled away while exiting the store and gave us both the middle finger in the process.

I was left speechless!

Speechless at the girl's courage and empathy, her strength and compassion. Her willingness not to be silenced and her endeavor not to let bigotry dictate what it means to be truly Canadian. I wanted to thank her but before I could, I heard some people behind me start to clap. Clapping turned into cheering. And just like that, within seconds, I was brought back to the magic and enchantment of a Canada I have always known. My Canada. Our Canada!

And it made me realize something. Our youth; those to whom the future of this great country belongs, are the truest torchbearers of enlightenment, the voice of reason against irrational fear and the light of hope against the apartheid of ignorance. They have almost invariably grown up next to a neighbor or have studied next to a classmate belonging to a different race, creed or culture. The intolerant black-and-white notions of division and the dehumanizing bombardment of xenophobic rhetoric on the media are not strong enough to break their resolve. It is a resolve that seeks to build a better Canada, and God willing, a better world.

In the end, let us also remind ourselves that for every negative incident out there, we must also remember every positive one that takes place. Despite the tragedies dominating our TV screens and news feeds, the world is still a beautiful place. Nobody and nothing can take that away from us as human beings; not ISIS nor ignorant hate-mongers who further their agendas. That is possible so long as we pledge unconditional allegiance to our collective spirit as 'one' humanity.

I walked into that shop for a cup of coffee, and instead came out with a lifelong gift that restores my faith in humanity every single day. The world needs something to cheer for and as long as people like the girl in the coffee shop exist, we all still have a chance.

Peace be unto you all.