Some of life's most profound changes start as existential crises. In 2013, my husband and I were having a whopper of one. Approaching middle age and facing financial challenges, we were increasingly disenchanted with commercialism and its implicit message that happiness is something that can be bought... if you can afford it.

We live in New York City, surrounded by wealth and the pressure to have and become more. As a native New Yorker, I've been swimming with sharks in this ocean of competition since birth. The struggle was beginning to wear both of us down, and we worried about our 3-year-old son's world view. 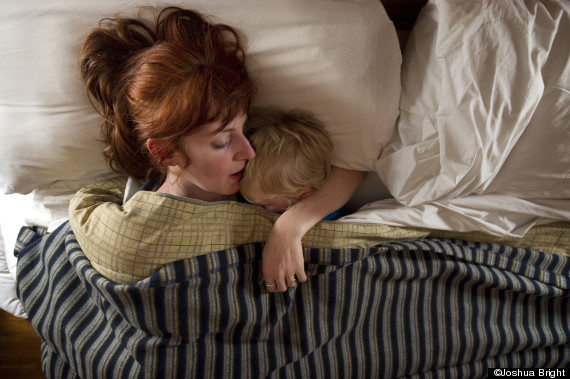 After several whiskey-fueled late night talks, we decided what we needed was perspective -- about life, about how others in the world live, and about how much we really need in order to feel... happy.

Hoping it might be the antidote, we chose to escape to Bhutan, a tiny Buddhist country nestled in the Himalayan Mountains between the decidedly less tiny and humble countries of India and China. If Westerners have heard of Bhutan, they've likely heard it called "the happiest place on Earth." This is in part because its government has decided that the happiness and well-being of all of its citizens should be its #1 objective.

Let that sink in.

Not the "right to pursue" happiness... Not happiness if you can afford it... but egalitarian happiness.

In fact, Bhutan idealistically measures its worth according to GNH, or Gross National Happiness, rather than Gross Domestic Product (GDP), holistically considering much more than economics when assessing value.

I consider this focus the opposite of American ideals of capitalism and competition. And so we left for Bhutan, in February of 2013, in search of happiness. 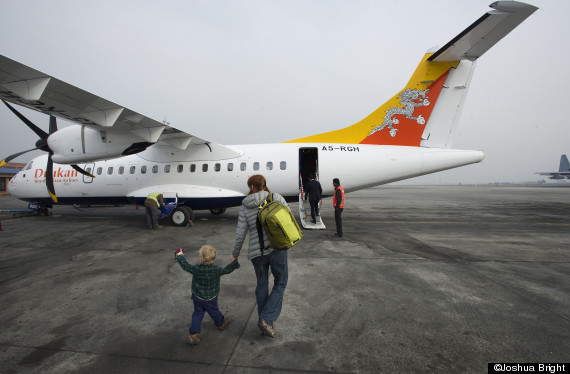 Every visitor to Bhutan pays a daily stipend for which they're given transportation, a driver, a guide, and all lodging and meals.

Sonam, our driver, was all you could hope for. Calm, with steady nerves, nice to have around, and in possession of an extra thumb on one hand. The more fingers on the wheel the better, I reasoned, in this mountainous country full of cliffside, switchback roads. 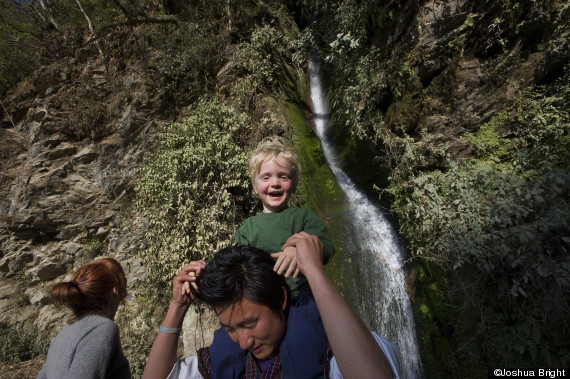 Our guide Kunzang, a perennially smiling and high-spirited fellow, taught us to sing traditional Bhutanese children's songs at the top of our lungs during long drives.

But in this land of happiness, where contented people seem the norm, it wasn't long before heavier issues of life and death confronted us. Learning how to be happy was going to be more complicated than we'd thought.

The subject of death seems to permeate this rural, Buddhist country. People work with the land and animals. They believe in the importance of the cycle of life and don't recoil from the concept of its natural end.

One consistent reminder of mortality is that the landscape is peppered with clusters of prayer flags -- 15 to 30 feet tall each -- made from thin trees and bright white fabric which flaps impressively in the breeze. Kunzang explained that these flags are lovingly crafted, for each person who dies, by their family and friends, planted in clusters of 108, and left to naturally erode back into the land. It was on a precarious mountainside road that our son Harper suddenly asked, "What is death?" 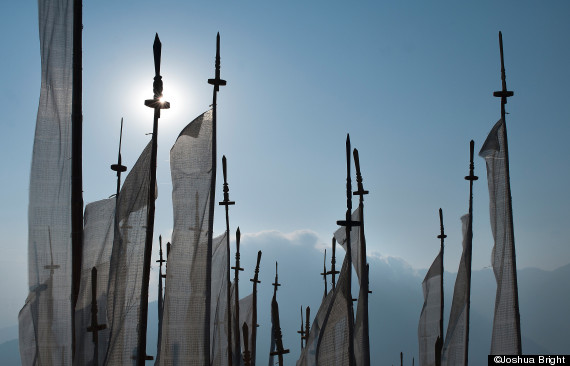 I'm an agnostic who has no religion with which to comfort and quell fears about separation and loss, and I harbor many of the burdens of the Western attitude towards death. My similarly minded husband virtually craves discussions about the subject, believing that people's aversion to facing mortality is at the core of what makes us unhappy and fearful collectively.

Although I can't recall exactly how we answered Harper, the gist was this: Everything dies. Everyone and everything will someday stop being here, and we don't know what, if anything, happens after that. Everything that's here now goes back into the earth and becomes a part of other things, and because of that, everything and everyone are connected.

And then we waited for it... The POP of his childhood bubble of innocence that would be irreparable and entirely our fault.

Had we made a horrible mistake? 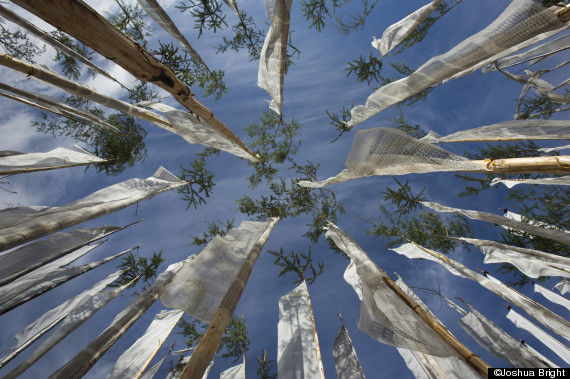 "Nobody really wants to die, "I continued, "and we aren't going to die for a VERY long time [something I decided you really must tell a child, although you have no idea] and you won't die for even longer! The most important thing we can do is to think about the life we're living now and how to live it every day the best we can."

I said that knowing it's a goal I fall short of daily, but one worth striving for. Rather than waiting for rewards on "the other side" or living in constant fear, denying the inevitability of death, we hoped that instilling this thought might be empowering for him. Essentially, "this is what you can do about something you can do nothing about. You can try to capitalize on your living, breathing moments." 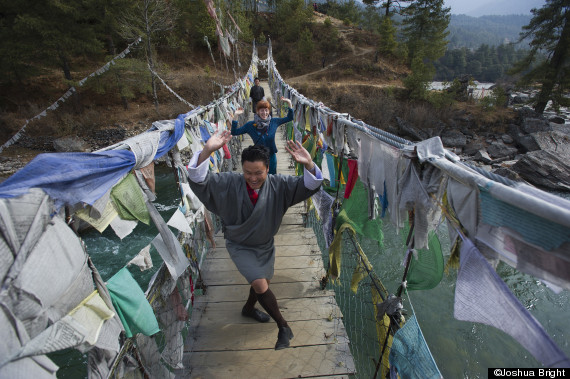 Over the next few days, Harper expressed sadness a few times about the idea of losing us, and then... he seemed to accept it. Not in a sad or resigned way. He would occasionally mention death, as in "I saw a dead bird today" or "when you and daddy are dead, a LONG time from now...," but there wasn't horror or alarm in his voice. It seemed to become another piece of the enormous puzzle of life that he is putting together.

It was a crisp, clear day when we happened upon a platoon of soldiers* planting prayer flags. A couple of men gathered tall, reedy trees from the surrounding forest. Each sapling was propped up, one end on the ground and the other on a raised board, and its bark sheared away with machetes. Other soldiers carefully fastened long, thin white flags to each tree with a length of rope. The finished flag was carried to a spot within a growing forest of flagpoles and planted amongst the others. All of this happened in silence.

Only with the encouragement of Kunzang did we delicately approach this scene. 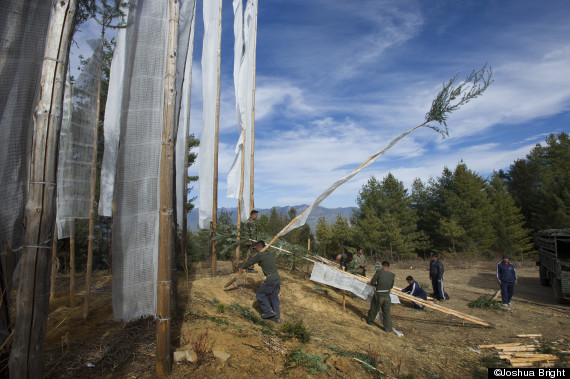 After speaking with the man in charge, Kunzang reported back. "It's for the mother of one of the soldiers. She died yesterday. They have gathered here to support him and to honor her."

I turned to look back in awe at this kind act and found myself face to face with the man in charge. He was small, but emanated experience and strength. Across his cheek ran a long, deep scar.

I was holding Harper. "Come baby!" He gestured to us, "Come baby!" My head swirled, trying to determine whether we'd made a horrible mistake by stopping. Was I about to become the world's worst mother, encouraging my 3-year-old to follow a soldier about whom the only thing I knew was that he was rather handy with a machete? Or would I play the part of the ugly American and retreat to the car, hyperventilating and clutching my child to my bosom?

Trusting a surprising sense of well-being in my gut, my husband, Harper and I followed our new acquaintance into the cluster of tree flags where this man, with the scar on his face, dropped to his knees, and he and Harper planted one of those 108 flags together. 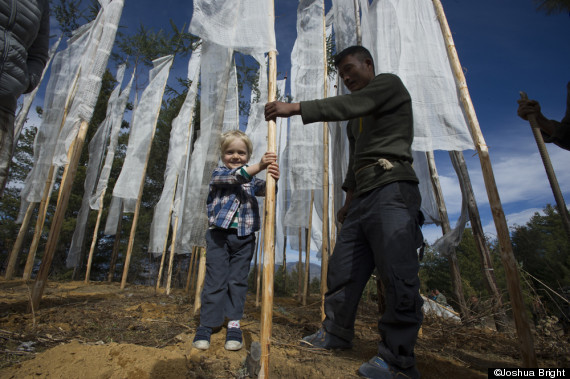 Few words were exchanged. Only "OK baby," "Good baby." Harper beamed with pride. He knew he'd been invited to do something very special. He had helped honor a stranger who had gone... somewhere; back into the earth. A woman who had raised a son who loved her. On a remote mountaintop in a country far away, he became a part of something larger than himself. He became a global citizen.

People will tell you it's a pointless pain to travel with small children. I don't agree. There are many mornings in New York when Harper will say, "Mommy, it's nighttime in Bhutan and everyone is going to sleep." He knows there's a country on the other side of the world where there are sky-scraping mountains rather than sky-scraping buildings, and the people there live lives that are very different from ours. 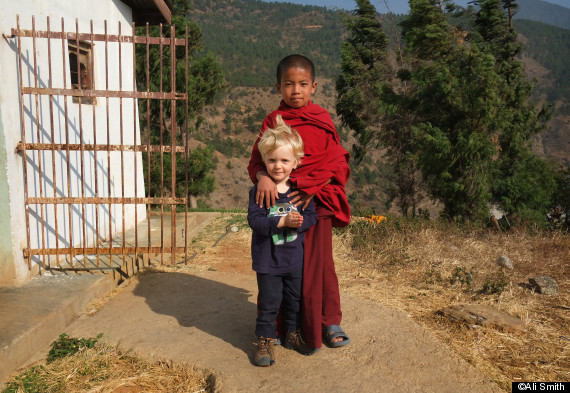 During our two-week stay, we were treated kindly by people who have much less than we do, and warmth and connectivity seemed to accumulate in us.

As for happiness, for me it comes from embracing the unknown, having faith that things will be all right, and gaining perspective, all alongside the people I love the most. 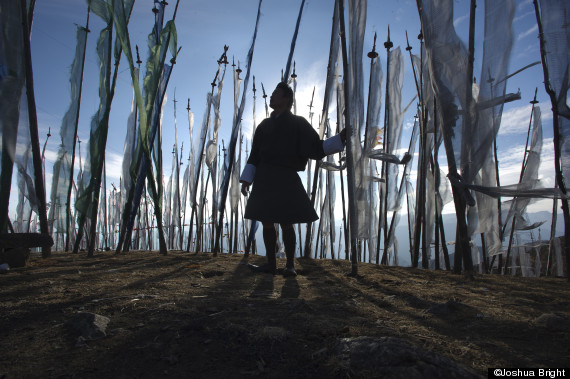 Many thanks to "Bridge To Bhutan," our incredible hosts on this journey.


*One might wonder why "The Happiest Place on Earth" would need a standing army. The Bhutanese Army is more akin to the American National Guard -- a group that performs civic duties but can be called upon for battle if necessary.