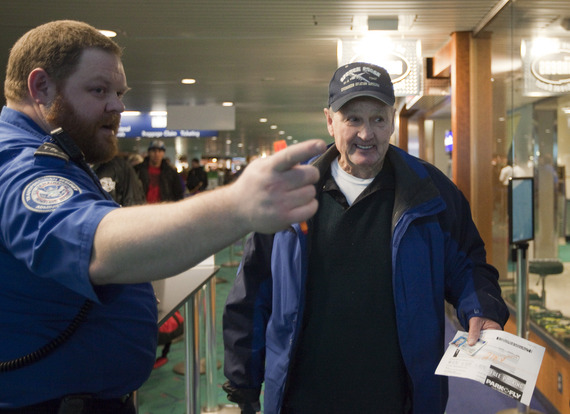 The current congressional stalemate over funding the Department of Homeland Security past the end of the week has real-world implications for everyone in this country.

DHS's primary responsibility is to ensure the safety and security of all U.S. residents. Anything that disrupts that mission puts all of us in danger.

About 230,000 employees work for DHS. This includes about 50,000 Transportation Security Administration agents who screen passengers and luggage at our nation's airports; more than 20,000 Border Patrol agents who deter the trafficking of illegal drugs, weapons, and people into the country; more than 20,000 Immigration and Customs Enforcement agents who enforce the nation's immigration laws; and about 15,000 FEMA employees who help us prepare for, prevent, respond to, and recover from natural and manmade disasters.

Politicians who created this funding crisis claim the impact of a DHS shutdown would be minimal, since most of the department's operations are essential and would continue despite a lapse in funding.

But that minimizes the demoralizing impact a shutdown would have on the 200,000 or so federal employees who would be forced to report to work without pay.

Two years ago, many of these same employees went nearly three weeks without a paycheck during the larger government-wide shutdown. For a TSA employee earning less than $400 a week, the loss of even a week of pay could mean the difference between buying groceries or paying the rent -- or worse.

Employee morale in the department already is at an all-time low. DHS employees have ranked the agency last in employee satisfaction for two straight years, and morale actually dropped last year.

Declaring employees essential enough to report to work but not important enough to be paid for that work sends a demoralizing message to the men and women who are entrusted with our security.

These employees have demanding, high-stress jobs that require their full attention. Wondering when or if they will get paid and how they will pay their bills during a prolonged shutdown is a distraction they don't need, and one we as a nation can't afford.

A funding lapse also will put into doubt many of the grants programs administered by the department, including tens of millions of dollars paid to local fire departments for emergency planning, training, and protective gear.

The security of our neighborhoods and communities shouldn't be compromised because of political gamesmanship in Washington. It's time for Congress to do the right thing and fund the Department of Homeland Security past the end of the week so the department's critical work can continue undeterred.

J. David Cox Sr. is national president of the American Federation of Government Employees, which represents more than 670,000 federal and D.C. government employees nationwide, including more than 75,000 employees throughout the Department of Homeland Security