Ever have a case of Eye Trickery? It happens when you pass a roadside sign and see "Men in Fleas" or "Mean Trees" instead of "Men in Trees." Happens to me all the time, typically when anxiety (or too much caffeine) gets the best of me.

My most recent case of ET, however, has caused me to really think about the way I've been living.

You see, a couple of years ago, I wrote for a fashion and beauty website dedicated to women on a budget. While working on an article, I did a double take when I read about a particular skirt style. It said it had "abbreviated living." Huh? A living skirt?

In reality it was, "abbreviated lining," a style whereby the lining ends above the hemline. The rest just hangs looking empty, needing more.

So I got to thinking: are we living abbreviated lives? Like the skirt, are our abbreviated lives leaving us with the feeling that something is missing? Are we cutting ourselves short of our full potential, sacrificing a bit here and a bit there . . . dare I say, skirting the issue?

I thought this two years ago, and interestingly, still find myself struggling with these questions today.

Social Media: Are we making our character count?

Our interactions with family and friends are often social media-dependent. If grandma and mom aren't privy to a party or event, oh well. We'll tell them about it a week later. Our Instagram and Facebook friends see pictures of an event before family even knows there was one in the first place.

Sometimes, relationships fall by the wayside, ironically, thanks to certain sites that aim to bring them together. After all, why meet when you can "see" how I've been doing on the internet? Wouldn't talking about it over lunch be a waste of time?

Now, I'll be the first to admit I'm a bit of a Facebook addict. I'm on Twitter, Skype, LinkedIn and dabble with Instagram. And StumbleUpon. And Digg. And Pinterest. Oh Boy. Clearly the importance of social media and the power it has to spread news, inspire, grow business and form friendships is a wonderful thing. But lately, I've been feeling like it's been one too many status updates and not enough dinner dates for me.

Am I the only one?

In a way, we're secretly more thrilled at a retweet, a Facebook "like" or text from a pal than a phone call with a relative we haven't spoken to in ages.

Facebook: modern-day equivalent to asking little Susie to come out and play?

Yet we continue: We send out new friend requests on Facebook, the modern-day equivalent to a third-grader showing up at the house down the street, knocking on the door to ask if Susie can come out and play. Like the child, we sit and perhaps stew, wondering why Susie doesn't like us anymore or why little Joe never accepted our friend request. But we get over it 11 seconds later, moving on to share with our "real" friends pictures of our teff and walnut breakfast, as I did earlier today. Bet you're sorry you missed that, huh, Susie? 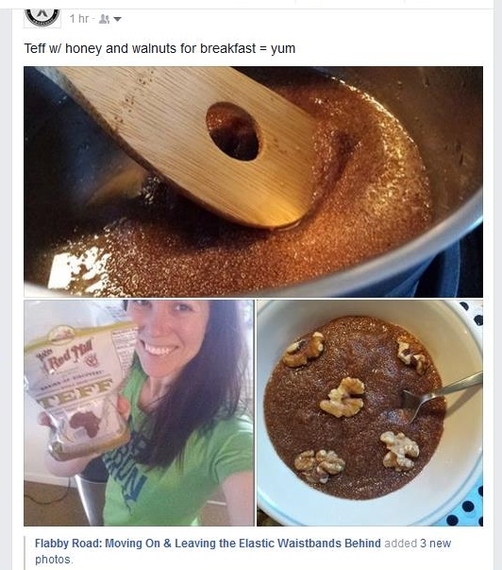 Will obits read, "born in #Wisconsin, John was a longtime member of the #VFW with 433 Facebook friends who once tweeted '#ILoveHamburgers because I don't like cheeseburgers,' and who had a Facebook page consisting of 14,237 likes"?

We'll remember him (hopefully) for community involvement, his smile, his love of the Twilight Zone and his passion for saving endangered species.

Editing pictures or our lives?

We want to be involved, but are we? Really? Does the quick "like" of something take the place of actual involvement in it? Is our retweet of someone's call for action enough of an action? I sometimes share images of missing children, mistreated animals and inspirational sayings about certain illnesses, but should I be doing more? Is a good heart filled with good intentions enough?

Still, I take pics, upload dozens of pics to various albums, crop the pics, put filters on the pics, manage the pics, caption the pics, tag people in the pics, edit the pics, delete a few pics . . . could it be that at times, I'm more consumed with posting life's moments than I am actually living them? 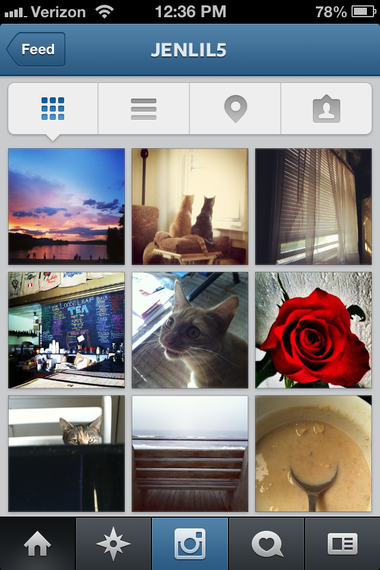 Indeed, our gadgets fill us with the notion that we're saving time and bonding with family and friends more. I kinda think it's less. I don't know about you, but the time it takes me to check out Facebook, manage my pages, see the latest Twitter trends, share stuff, text people about what I read on Facebook, check personal emails, pay bills online and scour news headlines (and . . . inhale), leaves me little time to get my oil changed, let alone make a phone call to a good friend.

I came upon a quote recently that sums up a great deal of our abbreviated living:
"The more elaborate our means of communication, the less we communicate."
- Joseph Priestley

(No, not Jason Priestley, for all of you who just had a case of Eye Trickery and some "Beverly Hills, 90210" flashbacks. This particular one was an 18th century theologian, philosopher and scientist.)

As I write this, looking out of my window at the New Hampshire landscape, I catch the sunlight enveloping birch trees. It's a pleasant day, and I understand temperatures may reach the low 50s later in the week. I'm tempted by the warmth, excited at the thought of leaving earmuffs inside. 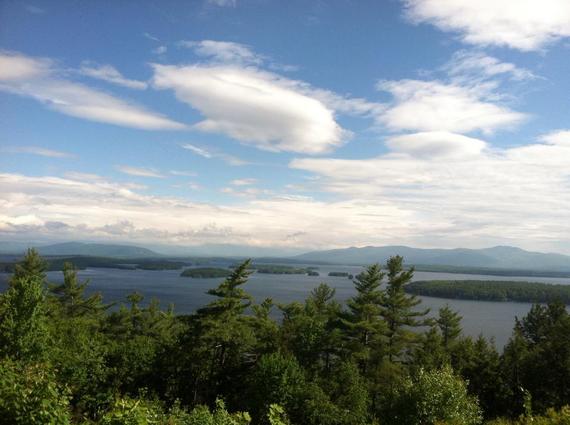 I'm all of 15 minutes from mountains and lakes. My deadlines are met. Just like that, I could get in my car and take in the sweeping views and fresh air.

But someone just commented on something I posted, and well, it'll still be nice out later.