"I highly approve of Romney's decision to be kind and gentle to the retard." Ann Coulter referring to President Barack Obama in a tweet during the final presidential debates October 22, 2012.

Like the "N word" or "fag," the word "retard" has joined the class of words disfavored in public discourse and polite society because these words are most commonly understood to be slurs, used to hurt or diminish a person, not to classify them in any helpful manner.

Right-wing commentator Ann Coulter's use of the word "retard" in a public tweet to describe the President of the United States, Barack Obama, during the final presidential debate before the 2012 election, shows a serious lack of respect, not just for the president, but for the seven million Americans with developmental disabilities. "Developmental disability" is now the preferred term to describe people who demonstrate lower than average IQ from childhood on, often accompanied by other impacts from genetic mutation or brain damage during pregnancy or birth.

Semantics aside, many psychologists and educators today reject the notion implied with the pejorative term "retard" that there is but one form of intelligence that can be measured by an IQ test. In his 1983 book Frames of Mind: The Theory of Multiple Intelligences, Howard Gardner proposed that intelligence is not just a single intellectual capacity. Instead, he suggested, there are multiple kinds of intelligence that people can possess.

Many of these additional forms of intelligence are reflected in the moving letter written by Speical Olympics spokesperson John Franklin Stephens in An Open Letter to Ann Coulter that is making news since the thoughtless Coulter tweet.

One in 10 Americans has a personal connection to developmental disability. My connection is my wonderful brother-in-law Paul Boyle who is probably reading this with a frown on his face because he doesn't like the term "developmental disability" either. Paul prefers the term "other-abled" for as he correctly says, "Why measure someone by what they can't do when they can do so many things?" My bro-in-law can do MANY things indeed. He is a black belt in karate, a master equestrian, a spokesperson for Special Olympics, a volunteer for our veterans, a loyal uncle, brother, and son... a hard worker (he works at a movie theater taking tickets) and a bright light in my life. Too bad Ms. Coulter hasn't met Paul. He would set her straight. Once I witnessed Paul calmly setting the record straight for Holocaust deniers whom he was seated beside on a plane as our family was flying together on a vacation. I thought of intervening when these "normal IQ" folks started pestering Paul soon after they noticed his Star of David, worn proudly with his medic alert for epilepsy. I soon realized that Paul had the situation well in hand. By the end of the flight these previously misinformed folks were hugging Paul who had shared everything he knew from Hebrew School and from visiting The Museum of Tolerance. Paul is pure good. He has exceptional abilities to remember, to see the best in people, to keep trying, to empathize and to comfort others. He could teach Ms. Coulter a thing or two.

"To all the people with otherablites let no one stop you from reaching your dreams." Paul C. Boyle 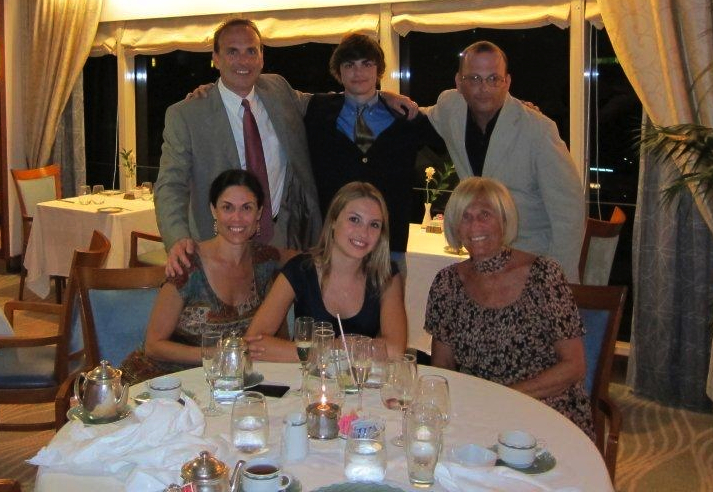