Aquaculture is commonly defined as the farming of aquatic plants and animals, essentially agriculture at sea.

The advent of aquaculture dates back millennia. Evidence of fish capture and on-growing in ponds and lagoons date back to more than 2000 years ago while friezes from ancient Egyptian tombs (tomb of Aktihep) show tilapia being harvested from ponds as far back as 2500BC. In China, the world's largest aquaculture producing nation, the tradition of raising carp in ponds dates back to 2000BC. There is evidence of extensive marine farms in the 6th century BC in Etruscan culture and in Roman times sea bass, sea bream, mullets and oysters were cultivated in ponds and lagoons in Italy. In the 12th century there was a resurgence of freshwater aquaculture in central Europe. In the 15th century extensive, large-scale aquaculture, vallicultura, was practiced in the coastal lagoons of the Adriatic, a tradition that remains to this day and is a precursor to modern marine Mediterranean aquaculture. For all that, the activity is in its infancy compared to agriculture which has been practiced for the last 12.000 years. Just as humans gradually domesticated land animals and plants, shifting from hunting to farming, humans today are moving from hunting (fishing) to farming (aquaculture) the oceans.

Farming in the Mediterranean region occurs in a variety of environments and methods, in ponds, rivers, lakes and the ocean, in closed and partly closed recirculation systems and using extensive to intensive methods. The actors in the industry range from part-time subsistence farmers in rural areas to large publically traded companies. With very few exceptions all aquaculture production is intended as food for human consumption. 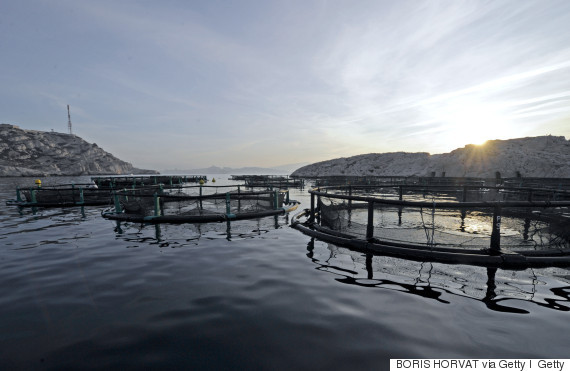 The main marine species produced are the Gilthead sea bream and the European sea bass, flatfish such as turbot and sole, shellfish such as mussels, oysters, clams, and in lakes and rivers trout, carps and mullets.

The FAO estimates that by 2030 an additional 37 million tons of seafood will need to be produced to keep up with demand. This estimate is based only on the projected increase in global population and not on a projected increase in per capita seafood consumption, which in itself has increased from an average of 9.9 kg in the 1960s to 19.2 kg in 2012. Aquaculture will need to almost double its current production only to keep up with demand from a growing population.

Of the 2.5 million tons produced annually in Europe, the Mediterranean sector makes up only 11% of the total. However, it has been one of the most dynamic by far in the EU in terms of its development and growth over the last few decades. In the last 10 years, the Mediterranean sector grew at an average annual rate of 8% up until 2008 whereas the EU aquaculture sector overall has grown at an average annual rate of 0.37% and the European production in general at 1.7%.

In Greece, the aquaculture sector has been a remarkable success, producing almost half of the sea bass and sea bream farmed in the Mediterranean. It is almost exclusively export oriented and provides today close to 10,000 direct jobs in regular or seasonal employment and more than 5,500 indirectly in such related industries as feed production, cage and net manufacturing, processing, services and support.

In Greece in particular where 99% of the population lives within 100km of the coast, the aquaculture sector often constitutes the only activity taking place in underdeveloped and remote rural regions. It has been an essential contributor to sustainable prosperity in these communities and an important alternative to tourism as a source of long-term, full-time employment in Greece and the Mediterranean region as a whole.

It has also gradually taken on the role of the declining traditional fishing sector in preserving traditional employment and the way of life in the islands and coastal rural regions. In contrast with a gradually shrinking profession with little appeal to younger generations, employment in aquaculture has been steadily increasing for the past 10 years. Stability of employment combined with a substantially higher average annual income has led to an average annual increase of employment in aquaculture of 4.5% since 1997.

The sector has tremendous potential for growth in Greece although it has suffered from the economic crisis, much as many other sectors of the economy. It is in many ways a microcosm of some of the larger issues confronting the economy: a large debt burden, shallow management capacity and overall professionalization, a lack of long-term planning and marketing and of course subject to a Kafkaesque bureaucracy.

McKinsey & Co has estimated that in the next ten years, the industry in Greece has the potential to add 1 billion euros in Gross Value Added and create 48 thousand new jobs. The EU has identified aquaculture as one of the pillars of its Blue Growth Strategy. The Strategy aims at filling the estimated 8 million tons gap between the level of consumption of seafood in the EU and the volume of captures from fisheries through European aquaculture. Based on current labour productivity, each percentage point of current EU seafood consumption produced internally through aquaculture would help create between 3,000 and 4,000 full-time jobs.

For the Mediterranean in particular the European Aquaculture Innovation and Technology platform (EATiP) has forecast that doubling current production would add in economic terms an ex-farm value of 2.7 billion euros and a total value of 8 billion euros in the market. It would also create, as a conservative estimate, an additional 20.000 jobs.

The same elements that contributed to the dynamic growth of this sub-sector of European aquaculture will continue to drive its growth in the next 20 years namely the recognized health benefits of fish together with the positive image of the Mediterranean diet and the produce from the region. The oceanographic, climatic and geomorphological characteristics of the region and especially in the case of Greece its long coastline of close to 13.000 kilometers are also key competitive advantages.

Aquaculture however is not limited to the production of food. The tremendous diversity and richness of the ocean environment holds much promise for the development of blue biotechnology. Marine biotechnology is defined as the use of marine bio resources as the target or source of biotechnical applications. It has the potential to produce sustainable biofuels, feeds and food, food additives, pharmaceuticals and cosmetics, and ways to restore and clean up our environment (bioremediation). 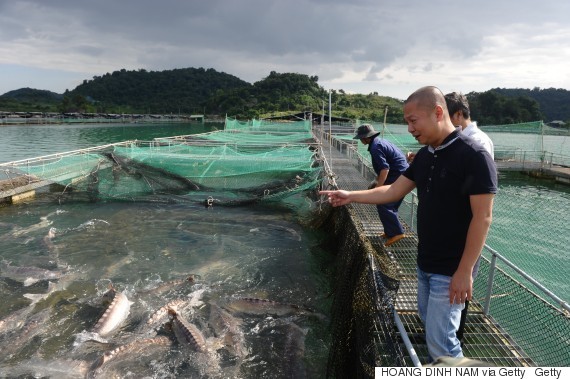 The first drug of marine origin developed to fight cancer, Trabectedin, was developed from small soft-bodied marine animals, sea squirts. There are now over 35 marine natural compounds in anticancer clinical or preclinical trials in the United States alone, derived from microorganisms such as bacteria, sponges, mollusks and even sharks. The anti-viral drugs Zovirax and Acyclovir were obtained in the 1970's from nucleosides isolated from Caribbean sponges.

Exploration of the sea biodiversity is now helping to develop new industrial enzymes and pharmaceuticals from observing how some organisms can withstand extremes of temperature and pressure and grow without light. Algae are promising sources of biofuels, high added-value chemicals and bioactive compounds.

The Mediterranean in particular holds much promise for bioprospecting for marine pharmaceutical compounds and fine chemicals. It is semi-enclosed with relatively high temperature and salinity and is estimated to contain between 4%-18% of the world's marine species. The Mediterranean Sea's high biodiversity in terms of species and habitats represents a huge potential source of new medicines, health care products, nutraceuticals, and cosmetics. Aplidine, a compound derived from the Mediterranean Aplidium albicans, a type of marine invertebrate, is a powerful anticancer agent currently in clinical trials for a variety of cancers. Antibacterial, antiviral and antifungal compounds have been isolated from algae, sponges and mollusks. In addition to applications concerning human health, there is also great potential in discovering new enzymes, biopolymers and biomaterials for industrial applications.

The Mediterranean Sea is truly unique. Anyone who is fortunate enough to live by its shores can attest to the beauty of its beaches and waters. It also attracts over 220 million tourists a year, supports 30% of maritime trade and 22% of tanker traffic and has an estimated 150 million people living along its coasts. It is essential to the livelihood of millions of people but has tremendous untapped potential which goes beyond simple exploitation of existing natural resources. It requires careful management and preservation but most importantly vision and innovation.

The first decade of this century has been marked by tremendous advances in scientific research, in the fields of genetics, materials science, nanotechnology and biotechnology. These are subjects that can be directly applied to solving some of the bottlenecks to sustainable and innovative development of aquaculture.

Environmental sustainability, economic viability and social acceptability are by now acknowledged challenges facing aquaculture both in Europe and globally. As of the year 2000, 37% of the earth's land surface was agricultural land. Of the surface area of the earth, 70% is covered by oceans of which less than 5% is used for food production. The potential of the planet's oceans for providing food to the world's growing population in a way that does not further strain vital dwindling resources such as water and energy is tremendous.