For a growing number of women, anorexia and bulimia aren't just teenage problems.

Janice Bremis was stunned the day her husband came home and announced that, after six years of marriage, he was moving out. When he did finally pack up and rent a room from a friend, Bremis had to come to terms with the fact that the relationship was over. As her steady life radically changed, the 41-year-old latched onto the only activity that gave her any sense of stability: strict calorie counting.

It wasn't the first time Bremis had turned to rigid self-control to get through a difficult phase. Decades earlier, when she'd struggled to maintain good grades in her first year of college, the self-described overachiever had used food as a reward. "I wouldn't allow myself to eat until I'd finished my homework or written the paper I'd been assigned," says Bremis, now 57. "And then when I started to lose weight, seeing the results of my discipline felt empowering. Before I knew it, I'd morphed into anorexia.

By the time Bremis was 19, she weighed just 80 pounds, down from 155. Luckily, in her junior year of college she sought professional help and, with the support of an outpatient program, slowly began to recover. By her mid-20s, she felt that her body issues were under control, and she maintained a slender but not unhealthy 140 pounds on her six-foot frame well into midlife.

But once her divorce was final, her anxiety shot to an all-time high. Soon she'd lost a couple of pounds. Then a few turned into ten. Before long, her low-cal diet tipped beyond aggressive self-restraint, and the anorexia she'd battled nearly two decades earlier was back in full swing. With it came deep shame. Nine years into her relapse, the embarrassment of living with an "adolescent" illness became unbearable. "One of my closest friends said, 'Gosh, you'd think at 50 you wouldn't be worried about your weight,'" Bremis recalls. "I couldn't stand that feeling of stigma."

Bremis's struggle and her friend's response speak directly to why midlife eating disorders are so often cloaked in secrecy: Many people, including the sufferers themselves, believe these are strictly teenage problems. But research indicates how misguided that assumption is. A groundbreaking 2012 study published in the International Journal of Eating Disorders found that about 13 percent of women over 50 exhibit eating disorder symptoms. To put that in perspective: Breast cancer afflicts about 12 percent of women. No wonder the findings caused a stir.

"The women who had eating disorders fell into three distinct categories," says study researcher and clinical psychologist Cynthia Bulik, PhD, author of the new book "Midlife Eating Disorders: Your Journey to Recovery." "Most of them developed disorders in adolescence, recovered, and then relapsed; others never recovered; and some actually developed anorexia or bulimia for the first time later in life." But there was one common thread uniting most of the women in the study: Their illness was generally overlooked by doctors.

While it seems unlikely that signs of disordered eating would baffle physicians, the worrisome truth is that they can. "Women get tremendously positive feedback if they've lost weight or maintained a low weight," says clinical psychologist Margo Maine, PhD, coauthor of "The Body Myth." One of Maine's former patients, a 42-year-old woman who'd weathered almost a decade of disordered eating, was met with an enthusiastic reaction when her doctor noticed her dramatic weight loss. "So how does your husband like your new body?" he asked. Maine, who speaks regularly at eating disorder conferences and medical conventions about the prevalence of adult eating disorders, says doctors are often surprised: "You don't know how many of them say, 'Well, I don't treat people with eating disorders.' I tell them, 'Oh, yes, you do. You're just not asking the right questions.'"

According to Maine, doctors need to inquire not only about a woman's attitude toward her body and food but about life changes or crises that might be the cause of noticeable weight fluctuations. "When you enter a different chapter or encounter new hurdles -- marriage, divorce, kids, empty nest, aging parents -- your sense of self can become disorganized," she adds. "One easy way to deal with that is to diet or overcontrol some aspect of your body." Bulik agrees -- and says the pressures women feel are further compounded by the prevailing societal mind-set that it is not okay to age. "There's this whole '50 is the new 30' and '70 is the new 50' attitude," she says. "The burden to stay forever young is only intensifying."

For Denise Folcik, a mother of four, bulimia was sparked by a desire to reclaim her pre-baby figure after having her last child. But when she suffered a crushing case of separation anxiety as her 16-year-old daughter grew distant, no longer turning to Folcik for advice and not wanting to spend time together, she became anorexic. It was an easier condition than bulimia to conceal from her family -- until the afternoon she blacked out while driving her daughter to the mall, having eaten only 200 calories' worth of food the entire day. "It's ironic because when I was close to my lowest weight, my doctor congratulated me on how wonderful I looked," says Folcik, now 52.

The fact that Folcik's weight didn't dip dangerously low is key to understanding why eating disorders in older women can go unnoticed. Anorexia doesn't always manifest in emaciation, and bulimics or binge eaters can clock in at healthy weights or even be overweight. Furthermore, past a certain age, one of the classic symptoms of adolescent anorexia -- loss of menses -- doesn't apply. "When I sought treatment for depression, my doctor wasn't watching out for an eating disorder," says Mary Curtis, 52, a life coach in Florida, who began bingeing and purging at 36. "Nobody noticed how little I ate or that I went to the bathroom right after a meal. It was surprisingly easy for me to get away with."

Yet a missed diagnosis can have serious health implications; bone loss and heart problems that can occur with eating disorders at any age are exacerbated in older women, whose bodies are less resilient. Research also shows that women who lose considerable amounts of weight and gain the pounds back may have increased risk for heart disease.

A New Path to Recovery

Until more research is done on effective treatment for midlife disorders, experts are generally defaulting to the same methods, like cognitive behavioral therapy, used with younger patients. But what may prove more beneficial are specialized, adult-only patient programs. Curtis credits a unique 30-and-over support group with helping her recover after nearly eight years in and out of treatment. "I was often living with girls so young I could have been their mother," she says. "I felt like I should have been helping them, but I couldn't even help myself. The 30-and-beyond track was brilliant because I was finally able to connect with women who understood what I was going through."

In the past few years, a handful of clinics across the country have expanded their services to reach those beyond the teenage years. The Renfrew Center, the largest network of eating disorder clinics in the country, added a midlife treatment track after noticing a 42 percent spike in patients over 35. A center in Denver offers recovery programs geared toward adults, and an inpatient program at Rogers Memorial Hospital in Wisconsin separates adolescents, young women, and those 30 and older during treatment. "These efforts are extremely promising," says Bulik. "But we have to continue searching for alternate, more personalized solutions for a group of women who have been largely overlooked for too long."

In Janice Bremis's case, she still has trouble accepting that she needs help. "I always think I'm not sick enough," she admits. Though mealtimes continue to provoke anxiety, Bremis has made it her mission to help others, working as the executive director of the Eating Disorders Resource Center she cofounded in Silicon Valley. And she, in turn, is helped by stories like that of Joy Tapper, who, at 70, recovered from her 55-year battle with bulimia. "Anyone who has suffered from an eating disorder knows the shame and disgust you feel with yourself," says Tapper. "I thought I would never be healed, but I finally am. The most important thing I learned in the process is that it's never too late."

Michelle Konstantinovsky is a freelance writer in the San Francisco Bay area. 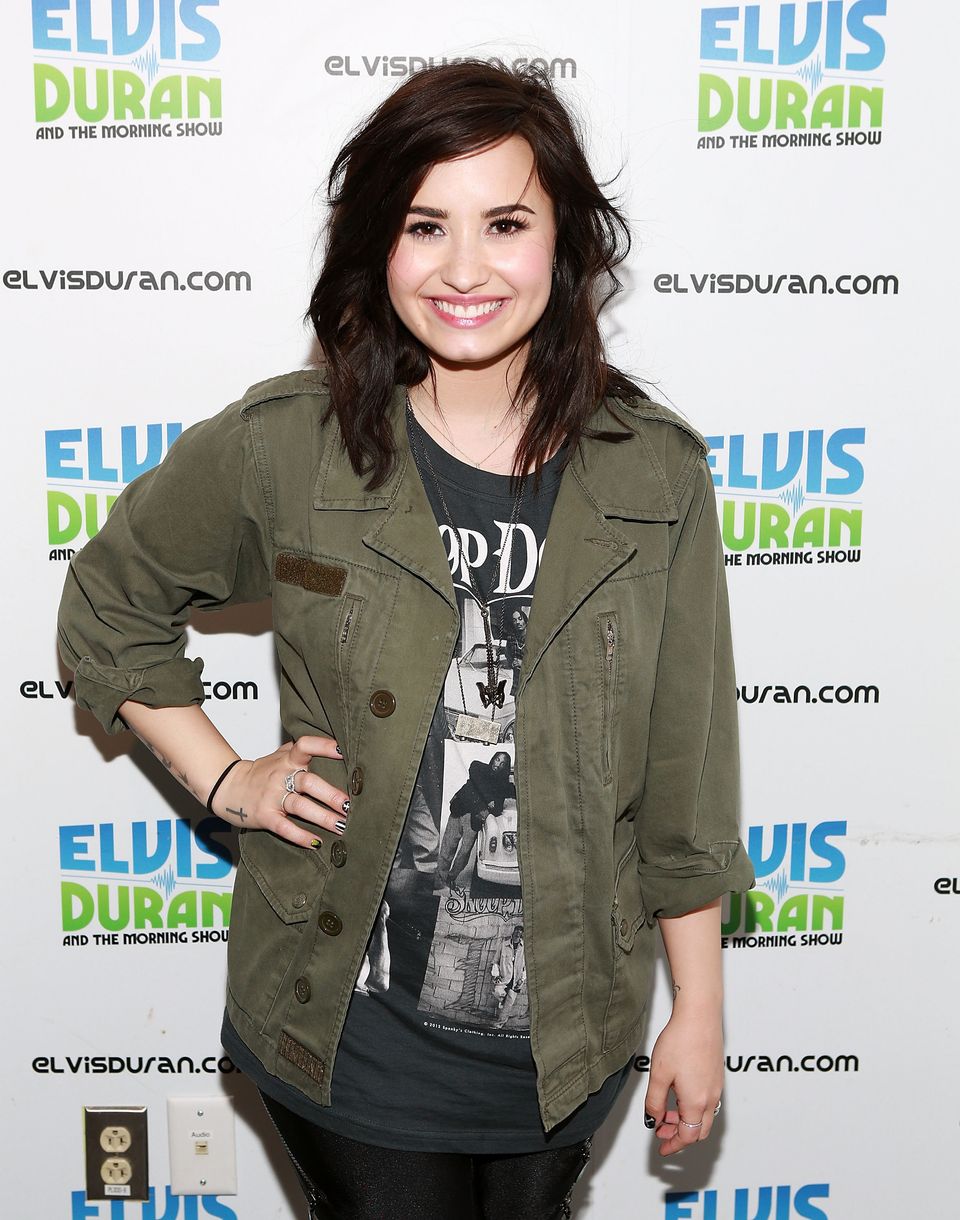