Expats are self-selected to be an interesting bunch.

We realized this again after one of the weekly get-togethers in our little Andean mountain town. (It's not really an official expat get-together... it's more of a Friday night jam session in the back room of one of the restaurants in town. Locals often show up, but most of the music is supplied by expats and their guitars, flutes, fiddles, ukeleles, etc.)

Looking over the crowd last Friday night it struck us again that, at least among the expats in the place, there was nobody there who was normal. 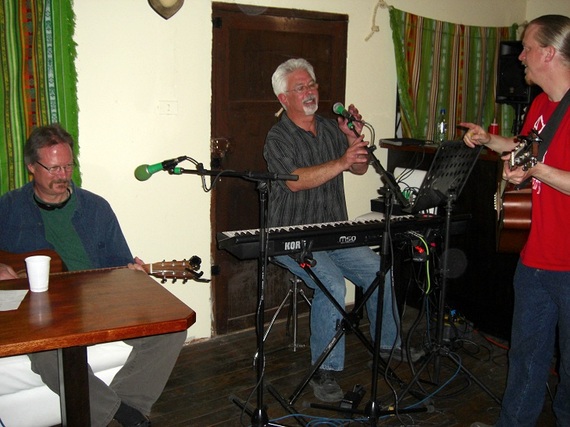 And by "normal" we mean people who wouldn't actually move lock, stock, and barrel to a foreign country.

Let's face it... dumping your old life and taking off to live -- even part time -- in Ecuador or Belize or Uruguay or Thailand or any other likely foreign haven is not what most folks do. They may dream about it. They may, in fact, spend their entire adult lives dreaming about it.

But actually doing it is not something most folks seriously consider. It isn't what most people would call "normal."

Even just visiting some of these places is a little out of the mainstream. The vast majority of U.S. citizens don't even have passports.

Then think about the people who actually make that move.

That's an interesting bunch of folks.

If you're unfamiliar with the expat world, you'd think that most of them would be what we sometimes call runners... people running away from some kind of legal or financial trouble back home. After all, from a "normal" point of view, why else would you leave your comfort zone and everything familiar and predictable in your life to live in a place where you are the foreigner?

And there are runners out here, believe us. There are bound to be.

But in our experience, what most of these interesting and non-normal people are doing isn't running from something. They're running to something.

They're leaving their familiar comfort zones to run to the new, the unpredictable, the unusual, the challenging, the foreign, the strange, the interesting.

And that, by definition, makes them interesting.

Related Articles:
We Restarted Our Lives in Belize
We Took a Gamble on Ecuador
Starting Over at 35 in Costa Rica