What are some failed Disney park rides and attractions?: originally appeared on Quora: The best answer to any question. Ask a question, get a great answer. Learn from experts and access insider knowledge. You can follow Quora on Twitter, Facebook, and Google+.

Disney will often redress a ride rather then remove it. But here are some I know of that flopped with the audience:

Alien Encounter
Disney's scary "alone in the dark" attraction proved too intense for their audience and was redressed as a humorous Stitch attraction. 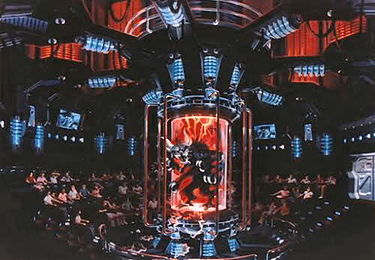 The Enchanted Tiki Room: Under New Management
A redress of the classic Tiki Room in Florida that cut the production numbers way down and added a lame plot line with the two very cartoony "cast member" birds from recent disney movies that did not fit the naturalistic look of the rest of the tiki room at all. It was universally panned. New visitors thought it was lame and old tiki room fans felt it ruined it. Although they left it in Florida (probably because the cost of reverting was too high) they did NOT roll it out in California. I understand they finally restored the old show in Orlando. 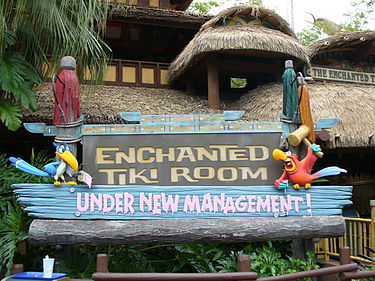 Horizons
One of the most worlds-fair like attractions in Epcot (the other one being the Spaceship Earth). It featured a tour through three environments of the future: in the desert, under the sea, and in space with a family living in each. It ended with a per-car vote to watch one of three short movies, one in each environment. It was not very popular and was removed to put in Space. 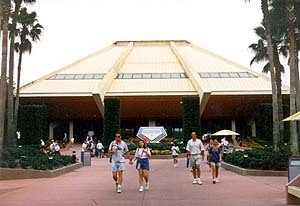 Wonders of Life
This was a pavilion in Epcot that was sponsored by a big insurance company and was all about health and the human body. It was closed, though a couple of the body related things made it into a small exhibit in Innoventions. I am told that the Wonders of Life building is actually still there and used as a special events building. 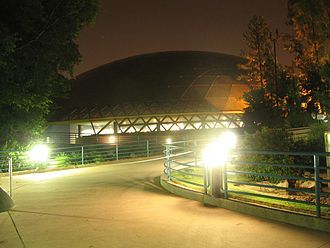 World of Motion
A long "dark ride" (though not very dark) that told the history of motorized travel from the earliest cars through air flight and such. It was not incredibly popular and was removed to make room for Test Track.

Imagination
A favorite of mine at Epcot, but alas not very popular with the crowd. It featured Figment the Dragon and Dreamfinder (a human character), who were supposed to be the original mascots for Epcot and a plot line about how wonderful it is to use your imagination. It was quite literate and had multiple areas dedicated to reading and books including a delightful diorama where figment is trying to keep something shadowy and creepy from coming out of a big book of EE Poe.

Alas, it was too sophisticated for the audience. It eventually got a major redress that dumbed it down to about a 6 year old level (including a fart joke). Dreamfinder was abandoned and Micahel Palin of Monty Python was brought in to be with Figment. 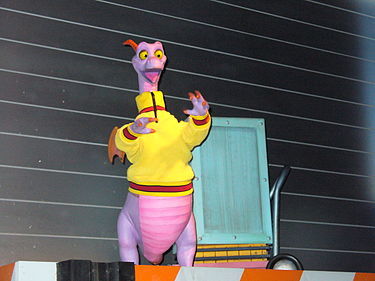 The Rocket Rods
These were a new attraction that reused the people mover track in Disneyland and were part of a much ballyhooed big Tomorowland face lift. The people mover had a problematic accident history and the rods replaced them with cars that had people restraints. They also had sound effects and some basic physical effects and moved somewhat faster in order to try to be a thrilling ride. Unfortunately, the engineers had over estimated the strength of the supports on the people mover tracks. When stress fractures started appearing in the concrete, they shut the whole thing down rather then risk an accident. 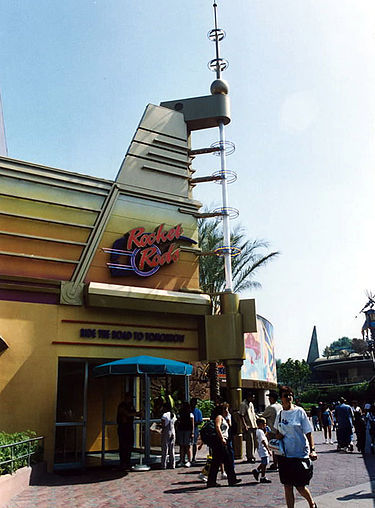 The Kitchen Kabaret
This was an animatronic show in The Land Pavaillion that featured one human character and a whole bunch of singing fruits and vegetables with a nutrition education message.

Again, not terribly popular. (Though my wife and I will still sing "veggie veggie fruit fruit" at odd times to each other). The Land eventually got a mild Lion King redress and that show was replaced with a Lion King animatronic show.

DreamFinder and Figment
This isn't a ride, but rather a character concept. When Epcot originally opened its mascots were a human character called Dreamfinder and his pal, a small purple dragon called Figment. None of the Disney story characters were supposed to be in the park. The idea was that, in addition to the rides, Disney would have ventriloquists dress up as Dreamfinder and meet the guests using a Figment dummy.

The public proved resistant to the new IP however and eventually Disney relented and brought the Mickey gang in wearing futuristic things like space suits. Figment was kept but made much less prominent. Dreamfinder was dropped completely as a walk around character first, and eventually removed from the only ride he figured in (Imagination).