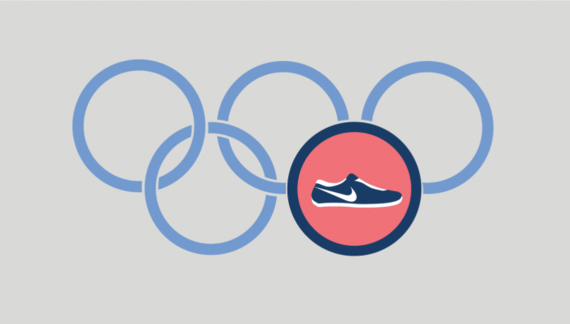 When Brooklyn after-school teacher "Miss Anna" wears her high top Pumas, the kids take note. She gets compliments each time, even from students she doesn't know. On days she wears her worn out Nikes, she'll make it through the day, protected by the perennially cool swoosh. But when she breaks out the plain black leather comfort clogs? The point, the smirk, and chide are soon to follow: "What are those!!"

The catchphrase, viralized last summer, still has traction to this day as a means of calling out unacceptable footwear in the hopelessly unhip. While a thorough archival history of this particular dis can be found on knowyourmeme.com, Instagram user Brandon Moore (a/ka/a Young Busco) captured its essence when he uploaded a video of a police officer in typical drab uniform shoes being confronted by a sidewalk commentator's mocking quip. "What are those" needn't be followed by a question mark; it goes without saying that the answer is best left unsaid. The wearer would only further humiliate her or himself by actually revealing the name of the off-brand shoe.

Marketers face no demographic more demanding than that of the middle schooler. Brand conscious and label-savvy, they see the world with a critical eye more attuned to social status than a Hamptons socialite. Predicting their tastes may be a fool's errand, but observing them is a lesson in the very essence of brand equity. Logos, stripes and symbols matter in ways both spoken and unspoken, bestowing status and enforcing social hierarchies. At the very top of that social hierarchy? The hero-athlete.

In the sneaker universe, where athletic endorsements take on the importance of geo-political trade accords, something fascinating and counter-intuitive is occurring. Those logos, stripes and symbols are so valuable as to be vigorously monitored, legally enforced, and even deliberately hidden from view in cases where sponsorships prohibit athletes from displaying a competing brand. In Rio, Olympians between contracts are covering up their footwear with tape to hide the brand from view. Feet are billboards, and billboards aren't free.

Will there come a time when "what are those" moves from the rhetorical to the literal? Will trend-setting kids mask their brands, emulating these stars of track, field, and court?

For now, at least, it's quite the opposite. Brand exposure in the school hallway is worth at least as much as multi-million dollar TV spots. As for the parade of celeb endorsements, it marches on, far outnumbering the few who go unlogo-ed. Designers' skills matter more than ever, brand developers must continue their craft, and as for Miss Anna? She's held to the standards of Usain Bolt.

Gabe Fenigsohn (@gfenig) is a New York City writer and opiner on media and culture and research manager at Cardwell Beach.

Gabe Fenigsohn is a progressive writer, researcher and opiner on media, brand, and politics.