I don't think it's ever been more difficult to define the terms Hispanic or Latino, and yet in the U.S. it almost becomes a necessity to identify with one of these groups or both, if you are of Spanish heritage and/or speak Spanish.

What exactly is Latino or Hispanic?
According to Wikipedia contributors, "Latino" means "a person considered part of an ethnic background that is Spanish speaking, especially a citizen of, or an immigrant from, a Spanish-speaking country."

On PBS.org I found yet other definition where Fordham University sociologist Clara Rodriguez claims that, "Being Latino means [having] a connection to the Spanish language." She also argues that Hispanic, which is often used interchangeably with Latino "includes those from Spain, although it does not cover those from Brazil."

When a group of Latinos discusses heritage online, the conversations can become pretty heated. Some claim to be more Latino than others, even when they don't speak Spanish, and others feel discriminated against because they are perceived as not being Latino enough, although they do speak Spanish, and so on. 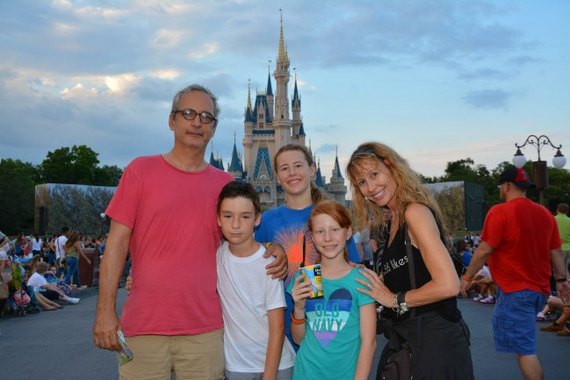 My personal experience
I am Spanish-American, what Roosevelt defined as a hyphenated American. I am also bilingual and bicultural since birth. I don't remember ever having a problem communicating in either language, and I find it to be a great asset. I read, write and speak English and Spanish equally. Equally well or equally badly: that's for others to decide.

However, to some in the U.S. I am not Hispanic or Latino enough, because I was born in Spain, the land of the Conquistadors, who both massacred and blended with the natives of Latin America. But that's not my fault! On the other hand many Latinos are quick to claim an abuelita or a great-grandmother from Spain! Some Latinos believe that having European heritage is somehow "better." I tell you, it's not. It doesn't make a difference. I believe what really matters is being a good and noble person, no matter what your heritage is.

To Anglo-Americans, I am not American enough. I am frequently asked where my accent in English is from. So I usually say I'm from Spain, which is not exactly accurate. Then again, my friends in Spain call me "guiri" (which is a term used for foreigners, stemming from the word "guirigay," that means raucous noise, which is what a foreign language sounds like to them). I´m also not Spanish enough; not enough of a Spaniard for them.

What Spaniards have to say
My Spanish family and friends would never identify me as Hispanic or Latina. For many - not all - in Spain, South Americans are known as "sudacas," which is a pejorative name for "sudamericanos."

This Hispanic/Latino identity thing is baffling to me. If I feel comfortable having found my niche in the Hispanic or Latino community - which is the most diverse and colorful in the U.S. I dare say - what's the big deal?

My daughters are even more of a mix than I am
My daughters have even more of a mixed heritage than I do: Spanish, Argentine and Swedish. They were born in Spain and they are growing up in Florida, trying to be bilingual and bi or tri cultural. What does that make them? In Spain they still call them guiris (I've overheard it!), and here in the U.S. they are a mix: Spanish, Hispanic, Latina or who knows.

My husband has a Haitian mother, a father from New Zealand, he was born in the Dominican Republic, raised in Mexico City and then Miami, and is now a U.S. citizen. His last name is German, so he may not be considered Latino enough even though he speaks Spanish.

We all need to feel we belong to a community
Whether we like it or not, people need to identify with a community. Inside each community there are also clashes: even President Obama is not considered black enough by some African Americans!

When I moved to the U.S. as an adult 11 years ago, I did not get my professional groove until I identified with the Hispanic and Latino community. I could kick and scream and say "I'm a white American, just like you" to potential employers at newspapers and publications. But I wasn't Anglo-Saxon American enough for them. I didn't speak or write exactly like they did. I hadn't lived here long enough. I had an accent.

Now, with Hispanics and Latinos, that's a different story. Not only do I seem to get along better with multi-cultural, multi-ethnic, multi-racial people, but I "get" them. We are all just trying to figure out where we fit, where we belong, because we are not just one thing.

Most of my friends here are Latino. I work with and represent Hispanic publications, and I am interested in their issues because they are also my issues. I certainly don't identify with the full Anglo-Saxon Americans (which I am not), nor the full Spaniards (which I am also not).

If you have some kind of identity crisis, you are not alone. Welcome to the ever changing, flowing, rich, mixed, crazy, and not at all homogeneous group of Latinos, Afro-Latinos, Spanish-Latinos, Hispanics and so on.