The most notorious libertine in history was Casanova, whose memoirs fill a dozen volumes with travel, adventure, and stories of more than 100 sexual encounters in rapturous detail. He was also a mathematician who established the French lottery that is still going today and a playwright. He escaped from prison and was befriended by Voltaire, Mozart, and Catherine the Great. Laurence Bergreen's new biography, Casanova: The World of a Seductive Genius, is sexy, surprising, funny, insightful, and wildly entertaining. In an interview, Bergreen talked about what inspired Casanova's endless search for love, sensation, and excitement.

Your new subject is Casanova, following a series of books about explorers like Magellan, Columbus, and Marco Polo. What does he have in common with the men who literally charted new territory?

You could call him an explorer, or a wanderer. Like Columbus, he was both notorious, and, in other ways, admirable, or at least unique and highly accomplished. He spent most of his life in exile, wandering around Europe, from England to Russia. And like Marco Polo, who also spent most of his adult life wandering, he was Venetian, a very special place to call home. To become fully Venetian, it seems that you have to leave Venice. But his temperament and habits were entirely different from grim taskmasters like Columbus and Magellan, who lived centuries earlier. Casanova was the quintessential 18th Century libertine, reveling in sensual excess and freedom. The new territory he explored couldn't be found on any map; it was the human heart and senses, as he recorded in his extraordinary, exhaustive, and uninhibited memoirs - written in French, by the way. For this reason, the French, and other Europeans, take him seriously and consider him an essential figure of the Enlightenment. Other explorers conquered new lands. Casanova conquered women, or, as he insisted, was conquered by them. 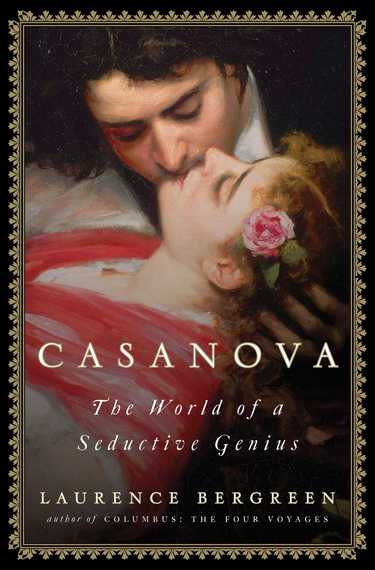 What makes someone a good subject for a biography? What do you look for in a subject you can devote years to researching?

Something startling. Something provocative and challenging. Something about which more should be discussed and investigated - which can lead to unexpected revelations. At the outset of my work on this book, I thought, "Great, a frothy comedy of manners in the 18th century." I eventually realized Casanova was also a mathematical and literary genius. He devised the French lottery. He wrote dozens of works in addition to his memoirs. His second favorite place after a brothel was a library. He translated the works of Homer into Italian. Plus a daring escape from prison in Venice, and more than 120 lovers. There was a dark side to his life and times - brutality, widespread venereal disease, cynicism. Casanova was endlessly fascinating but not exactly admirable. Nevertheless, I was hooked by the richness of his life.

I had imagined him as caring primarily about conquest and physical sensation, so what surprised me most in the book was Casanova's unquenchable enthusiasm, curiosity, and romanticism over many years. In your quotes from his writing, he does not seem to be bragging as much as enthusiastically re-living the experiences. And he seems devoted to making sure the women enjoyed the experiences. What do you think he was looking for?

He was looking for love, perhaps a simulacrum of his absent mother, and, by extension, his place in the world. Banished from Venice, his homeland, for most of most adult life, he was never truly at home anywhere else, not even Paris, where he was for a time rich and popular. So intimacy, both physical and emotional, was extremely important to him, and he dedicated his life to finding it. Writing his memoirs in his last years gave him a chance to analyze, lament, boast, and relish his love affairs one more time. He left a record of something that's usually private and ephemeral, yet he left a veritable library of his romances and feelings running the gamut from exquisite to downright mean-spirited. It was bit like capturing lightning in a bottle.

Was his absent mother the basis for his continual search for love?

The Freudian in me says absolutely. He never quite made the connection himself, at least consciously, but he was driven by an emptiness that drove him to seek relief and release with almost any woman in his sphere - servants, aristocrats, and everything in between. And he lived in an age of licentiousness, which reinforced his behavior. At the same time, it was part of his credo that he would never marry. "Marriage is the tomb of love," he said, so he avoided a number of potentially pleasant situations, only to regret his decision later. By the way, our idea of marriage is significantly different from Casanova's. In the 18th century, people got married to continue family lines and to preserve wealth. Marrying for love was rare. Infidelity was common, even accepted.

Why was writing his story important to him? Is it fair to describe his recording of those encounters as compulsive?

His voluminous reminiscences may seem the result of compulsive behavior to us today, but in the eighteenth century, anyone who was anybody wrote memoirs, so they were also part of his lifelong quest to assert his status. People wrote so many letters, memoirs, essays, and poems in his day that I wonder how they got anything else done. Venice, Paris, and other cities were flooded with newspapers and pamphlets of all kinds; together they constituted a kind of Internet in print form. Gossip and snark preoccupied everyone. If Casanova had censored himself and his portraits of the major and minor figures in his life, to say nothing of his wild escapades, we would be the poorer for it.

Where/when was he happiest?

In bed with a lover (or two). In a library with thousands of books.

What made him so good at adapting to different cultures and environments?

It depended on the culture. He mastered French quickly, and reveled in the snobbery of Parisian life, whose conventions he quickly mastered, as if playing the role he was born to enact. He was OK in Germany, where the libraries sustained him, but he never managed to learn the language, which made him an outsider. The same applies in Russia, even though he managed considerable face time with Catherine the Great. (He was nothing if a not a skillful social climber.) But he was maladapted for England. The British aristocracy has little use for this pretentious Venetian parvenu. Boswell called him a blockhead. And the demimonde of writers and courtesans and con artists in which he found himself took advantage of his social and romantic miscalculations. His worst romantic humiliations occurred in England. On balance, though, he had a knack for ingratiating himself with the powers that be, coupled with a self-destructive impulse that forced him to flee the unnecessary scandals and bankruptcies that he brought on himself.

If he had not kept such meticulous records of his romantic/sexual encounters, what would he be remembered for today?

He might not have been remembered at all. His other writings, his plays, polemics and competent translations, even his three-volume sci-fi novel - which is pretty tedious - wouldn't make the cut. His younger brother, Francesco, a respected landscape artist whose works were in the Louvre, would be the Casanova whom we remember, though not so vividly. In her day, his mother, Zanetta, had a reputation as a commedia dell'arte actress and courtesan. Her once glamorous legend still endures as a historical whisper. However, since Casanova's memoirs do survive, they preserve a record of intimate and public life that few if any memoirists have equaled. They're nearly as varied as real life; in fact, they're part of real life.

What were some of the challenges in doing the research? What did you learn from standing in Casanova's prison cell? What was the biggest surprise you found?

It helps to know French, since that's the language in which Casanova usually wrote. The challenge was absorbing the vast quantities of available material - letters, diaries, books, and other documents written by Casanova and many others who appear in his life. The trick is to make them comprehensible and engaging for contemporary audiences. It was also a challenge to get a sense of how far and wide Casanova wandered in his lifetime, and how awful the prison cell in the Piombi in Venice was for him and other inmates. Standing in his cell, which I did for some time, in nearly complete darkness, struggling for breath, vaguely aware of a disturbing reek, was enough to induce a sense of claustrophobia and panic. In 1755, Casanova was condemned to this hell on earth for at least five years, but he managed to escape after slightly more than a year - probably the only person ever to do so. The story is told in more detail in the biography. The biggest astonishment for me in all this research was Casanova's resourcefulness, brilliance, and resilience. True, it was all in the service of his own survival and glorification, but it was awesome nonetheless.

As a writer, how did you deal with the avalanche of detail in Casanova's own writings, to decide what was most illuminating and vivid and to tie together incidents to communicate your own perspective on what was most important?

Detail: the idea here was to select what was most important, revealing, and striking. Accuracy: nearly everything about which Casanova wrote was borne out by the historical record, or by letters written to him, especially women. His subjective feelings and judgments about them all are, of course, purely subjective. From Casanova one might not necessarily learn everything about the last days of the Venetian Republic and libertinism, but one will certainly feel what it was like to live in that time and place, as well as the rewards and perils of libertinism.

What did you personally learn from writing this book?

I think I learned a few things about love; time will tell.