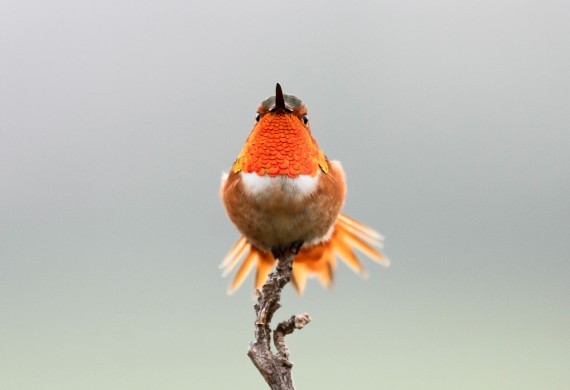 Most people see or hear a bird every day. Birds connect us to the natural world and to special places. They also forecast our own health and well-being. Today, birds are giving us clear warnings about the health of our world. And they're showing us what we need to do to make a difference.

A report Audubon recently released with BirdLife International shows that worldwide, global warming is already robbing birds of their food, pushing them out of the places where they live and making them more vulnerable to life-threatening disease -- all harbingers for the fate of humans if we don't take more aggressive action to curb climate change.

We've seen baby Atlantic Puffins in Maine die of starvation because warming waters affected the fish they depend on. In Hawaii, many endangered songbirds are increasingly threatened as malaria-carrying mosquitoes ascend higher into the mountains thanks to warming temperatures. And the stories roll in from around the world: birds shifting, disappearing, losing out.

Here are three of our new report's most troubling findings:

The situation may be grim, but it is not hopeless. The worst effects of climate change are not quite yet locked in, and we know that birds -- and people -- are adaptable if given half a chance.

We need our leaders to make strong, meaningful commitments to limit climate change by dramatically reducing the air pollution that causes it.

Even if their efforts in Paris and beyond are wildly successful, it's still going to take a very wide range of activities to secure a future for birds and people alike. Audubon, and our BirdLife International partners around the world, are identifying innovative solutions. Here are some of the things that we see working today. 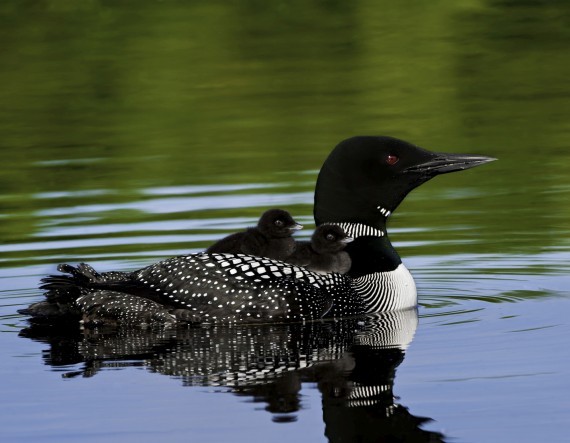 Last fall, Audubon released a study showing that climate change threatens more than 300 bird species in the United States and Canada. The response we've seen in the year since has been amazing. Everybody recognizes at least one bird on that list, from Wild Turkeys in Alabama to Common Loons in Minnesota and Mountain Bluebirds in Idaho.

As I've written before, when climate change moves out of the abstract and into people's backyards, people can stop arguing and start taking it personally, and then things start getting done.

Putting Eyes on the Sky -- And the Sand

Each year, Audubon coordinates thousands of volunteers to watch over the nests of some of our most threatened shorebirds, such as the Piping Plover, to give them a greater shot at survival. It's conservation with a heart -- people engaging with birds on a personal level in very special places. As rising sea levels and increasing human pressures continue to squeeze our shorelines, that kind of very human interaction is what it's going to take to ensure a future for the birds and sustainable coasts for us all.

This approach works inland too. In eastern Washington, Audubon's volunteer observers monitor the nesting habits and populations of songbirds in threatened sagebrush landscapes. The data they've collected is informing large-scale conservation action and climate planning. Eyes on the sky make a difference.

In south Louisiana hurricanes and rising seas contribute to land loss equivalent to a football field an hour, wrecking marshes that host hundreds of bird species and shelter human communities from furious storms. Audubon partnered with engineers to develop a small, powerful 24-foot-long dredge that operates off a 15-horsepower pump so that landowners can rebuild land that has disappeared into open water. As new mud piles up and vegetation takes hold, we reverse land loss and model solutions that can be applied at large and small scales across the Louisiana coast and other coastal areas fighting rising seas.

From our work to rebuild nesting islands in Florida and Texas, to reestablish tidal flows in California, and to reconnect the mighty Mississippi River to its delta, we know we need to get our hands dirty.

Grasslands and forests provide vital habitat for birds -- and they can also be massive carbon sinks. We're working to connect those dots on our own sanctuaries, for example by ensuring perpetual protection of the Francis Beidler Forest in South Carolina, home to the brilliant golden Prothonotary Warbler -- and a reservoir for more than 450,000 metric tons of carbon.

And in the grasslands of Argentina, Brazil, Paraguay, and Uruguay -- where many of North America's summertime grassland birds spend the winter -- our partners in Southern Cone Grasslands Alliance are working to promote sustainable cattle grazing practices. By partnering with ranchers for more responsible production, the alliance can protect bird habitat at the same time it ensures ongoing carbon sequestration and storage.

From teens who visited Washington Governor Jay Inslee this year to talk about climate solutions to a network of Kenyan community leaders who meet annually to address climate change in their nation, each of us can be part of the solution.

I invite readers to learn more at www.Audubon.org and join the conversation at www.BirdsTellUs.org. 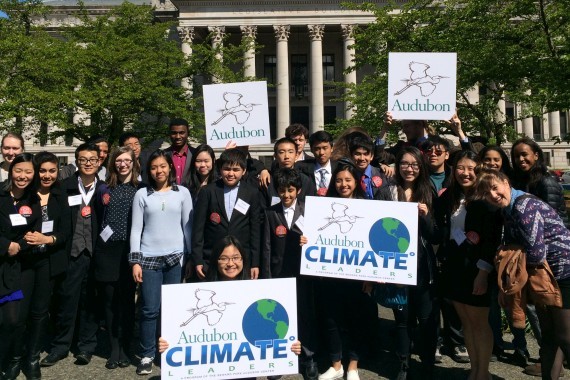 David Yarnold is president and CEO of the National Audubon Society.