Two hundred and fourteen of the 234 girls rescued from Boko Haram this week are pregnant. Ripped from school and forced into early motherhood, the girls' plight is a stark and painful reminder of the immediate and long-term consequences of violating women's human -- and sexual and reproductive -- rights.

These young women have experienced psychological trauma and sexual violence and will need a comprehensive range of services in the coming weeks and months. These services should include STI screening and counseling as well as quality reproductive health services --including access to abortion if they wish to terminate their pregnancies. However, in a final act of injustice, each girl will be denied that choice as abortion is illegal in Nigeria except to save the mother's life. That may well become a self-fulfilling prophecy given what we know of the medical risks of adolescent pregnancy.

It is easy to view the experiences of 234 girls as a shocking and isolated occurrence, but that would be a mistake. The reality is that it highlights that women's sexual and reproductive rights are at the nexus of almost every development issue we grapple with today -- from gender equity to maternal mortality to economic prosperity to, importantly in today's conflict-ridden world, peace and security. Under the current Millennium Development Goals, sexual and reproductive rights including access to safe and legal abortion are directly related to goals three, four, five and six. The achievement of other goals such as eradicating poverty and hunger, achieving universal primary education and ensuring environmental sustainability are virtually impossible without realizing the sexual and reproductive rights of women and young people. 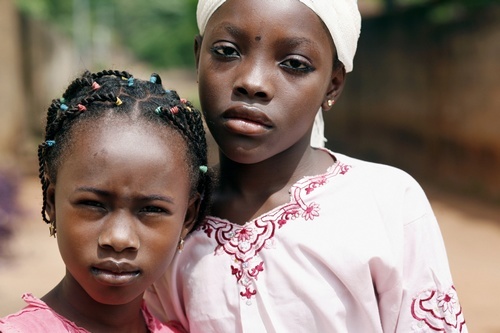 We cannot know what the future holds for each of the rescued girls, but the statistics are grim. Maternal mortality is the second leading cause of girls aged 15 to 19. For girls under age 15, adolescent pregnancy is particularly risky. These girls are five times more likely to die during delivery than women in their 20s. Infants born to a mother under the age of 18 also have a 60 percent greater risk of dying within their first year than those born to mothers over age 19. Even when children born to adolescent mothers do survive, they face an increased risk of low birth weight, undernutrition and developmental delays.

Early pregnancy also affects a young woman's educational opportunities and lifetime earning potential. A young woman who can avoid an unintended pregnancy is more likely to stay in school and to later command higher wages. A woman with 17 years of education -- roughly through college -- makes four times the income of a woman with no formal schooling.

Outcomes like these confirm the unwavering belief that has driven PAI's work for the last 50 years: Access to contraception and the full range of reproductive health services is a fundamental right. It is also a window to so many other opportunities -- for individuals, communities and nations.

The world is engaged in intense negotiations that have already yielded the scaffolding of a new development framework. With 17 tentative goals and over 150 indicators to measure them, policy-makers with limited resources will have to make difficult decisions about which ones to prioritize. History teaches us that they will be tempted to scuttle sexual and reproductive rights off to the side because contraception and safe legal abortion seem too sensitive or politically risky (in 2001, family planning and reproductive health were initially left out of the Millennium Development Goals).

They must choose a better a way forward.

In a world of difficult choices, access to sexual and reproductive health is the one bet we can count on for the dignity and improvement of women's lives and for our collective future.