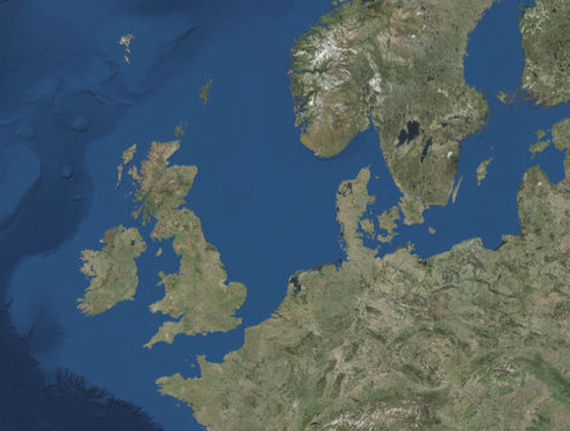 Last week, voters in the United Kingdom narrowly voted to leave the European Union. The national referendum, dubbed "Brexit," had an immediate, negative impact on global markets and raised significant doubts about the future of the European Union. But whether or not one supported Brexit (Oceana took no position on the referendum), the exit of Britain from Europe is creating new uncertainties for ocean conservation.

The European Union has a Common Fishery Policy (CFP), meaning that the countries of the EU administer and regulate their fisheries as a cohesive whole. By catch weight (as reported to the FAO from 2005-2014), the 28 country EU ranks as the third largest ocean fishing entity in the world. It's also the single largest global market for fisheries and aquaculture products. The development of the CFP therefore represents one of the world's biggest policy achievements in ocean conservation. European oceans will be scientifically managed because of the CFP, with the EU prioritizing responsible policies focused on the long-term viability of European fisheries.

In the past, the UK's citizens have been constructive allies in the European battle for sustainable fishery policy. "Hugh's Fish Fight" -- a campaign by UK chef, broadcaster and campaigner Hugh Fearnley-Whittingstall, is one example of this. The campaign generated nearly a million (mostly British) signatures on a petition to stop fish discards. Aghast at the extent of wasted catch in European fisheries, "Hugh's Fish Fight" and the citizen activism it inspired helped lead to Europe's ban on discards.

Domestically, the CFP will no longer apply in the UK after Brexit, and it is unclear what might replace it. The Leave campaign used CFP and fisheries in general as an example of how the EU has been a destructive force for the UK. Nigel Farage, the former commodity broker who leads the UK Independence Party, staged a protest against the EU onboard commercial fishing vessels, sailing up the Thames to be photographed by the Houses of Parliament the week before the vote. At the same time, a very vocal part of the fishing industry supported Leave and will now likely try to weaken ocean protections, rejecting scientific fishing regulations as relics of the despised -- and now rejected -- EU bureaucracy.

Britain's planned departure from the European Union creates uncertainty about the future of shared fish stocks and ocean ecosystems. The UK will have to negotiate new terms for its fisheries with the EU and with other countries in whose waters they are currently fishing.

The UK's exit from the European Union will likely take years to complete, and the path forward is uncertain. However, whatever the future of the United Kingdom, I can assure you that the campaigners, advocates, scientists and leaders at Oceana will continue to push for the policies we need to restore healthy European oceans.