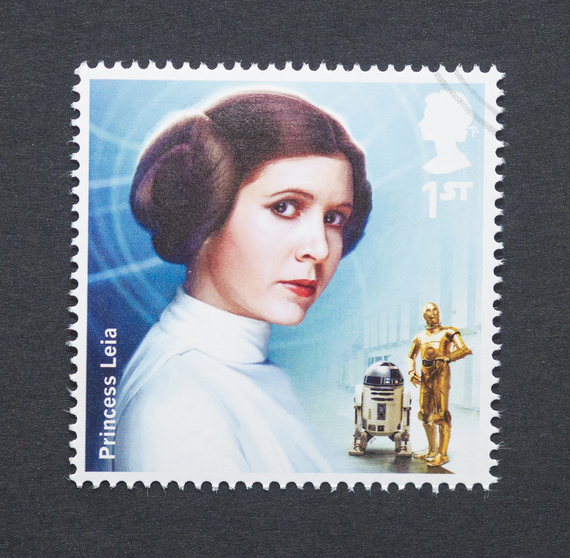 In 1977 there were not a plethora of women role models. Then came Princess Leia. Little did Carrie Fisher know at a ripe young age of 19 that her iconic role would allow her a platform to be a role model for women that would span a lifetime. Here are just a few things that Carrie was able to teach us along the way.

1. To be fearless. Carrie displayed a fierceness and fearlessness that often was displayed by men. She was courageous in her own right defending the galaxy and speaking out when she felt necessary on a number of issues. She continuously stood up for herself and what she believed in.

2. Life isn't all sunshine and roses. Carrie fought with her own demons battling with depression, addiction and bipolar disorder. She was open and honest about these things and made us realize that it's ok to struggle, but you can still persevere and be successful through it all.

3. Being sexy doesn't mean you have to show skin. In her iconic role as Princess Leia, she wore a white cloak that covered her entire body. This portrayed a powerful, pure and sexy female role in Hollywood without having to bare her skin to please men or everyone in Hollywood for that matter.

4. Don't take life too seriously. Carrie was known for her exuberant wit and ability to take life with a grain of salt. In her book, "Wishful Drinking," she joked, "Forty-three years ago, George Lucas ruined my life... and I mean that in the nicest way possible."

5. Women can rule the world. Although Carrie played a princess in the Star Wars series, she showed women around the world that they can be leaders and equally as confident, smart and successful as men.

Carrie's accomplishments went far beyond the screen and taught women valuable lessons about life that will live on forever. She taught us that the force is within us all.