U.S.
U.K. España France Ελλάδα (Greece) Italia 日本 (Japan) 한국 (Korea)
CLOSE
Coronavirus News U.S. News World News Business Environment Health Social Justice
Politics Joe Biden Congress Extremism
Entertainment Culture & Arts Media Celebrity TV & Film
Life Style & Beauty Food & Drink Parenting Travel Wellness Relationships Money Home & Living Work/Life Shopping
Communities Queer Voices Women Black Voices Latino Voices Asian Voices
Special Projects Highline
HuffPost Personal Video Horoscopes
From Our Partners Celebrate Their Crown
Newsletters
International Australia Brazil Canada España France Ελλάδα (Greece) India Italia 日本 (Japan) 한국 (Korea) Quebec U.K. U.S.
Follow us
Terms | Privacy Policy
Part of HuffPost Religion. ©2021 BuzzFeed, Inc. All rights reserved.
BREAKING NEWS
Tap here to turn on desktop notifications to get the news sent straight to you.
Many of the symbols that modern-day Christians associate with Christmas have pagan roots. The Yule log, the Christmas tree, the use of candlelight, and the fact that the holiday takes place during the month of December -- all of these things inextricably tie Christmas to the pagan celebration of winter solstice, also known as Yule.
People often treat this history as something controversial or divisive. It's true that there has been much hurt on both sides over the centuries. But what can these two great traditions learn from each other during this time of year?
HuffPost Religion invited a pagan and a Christian leader to have a conversation about what this time of year means for them. Courtney Weber is a Wiccan Priestess, Tarot adviser and teacher. Lisa Anderson is a Christian theologian and social justice activist. Both women are friends and coworkers at New York City's Auburn Theological Seminary.
Here's what these two women of great faith said about the importance of the winter holiday season. This conversation has been edited for clarity and length.
HuffPost Religion: Courtney, could you tell us about winter solstice and its place within the faith tradition? What your favorite aspects of the celebration?

Courtney: Wiccans and many pagans, and I’m speaking from a progressive Wiccan tradition, we have eight holidays a year and they take place at the beginning of each season and at the midpoint of each season. Winter solstice, or Yule, naturally falls around this time of year, around Dec. 21, and it marks the return of the light. At this time of year, the night is very long, the days are very short. However, right after the winter solstice, the days automatically grow longer again. This reminds us that all things are temporary, particularly things that are difficult. If we embody the soul of Yule or winter solstice throughout the year, we can remember that even when the night is at its longest, the dawn is coming.

The final part of Yule that I really appreciate is that within many Wiccan traditions, including mine, we say that the return of the sun is symbolized by the child of promise. And just like a child is so full of joy, we as Wiccans hope to embody that piece of joy.

HuffPost Religion: Lisa, what about Christmas?

Lisa: Christmas is actually the second major event in the Christian liturgical calendar. We actually are in the period of Advent right now and will be in that period until Christmas. For me, Advent is my favorite, favorite time on the Christian calendar. Without exception. At Advent, we are preparing for the coming of the Lord, the inbreaking of God’s spirit, body, self into the world. I don’t think that the right conception of this inbreaking and this moment is the birthday party for Jesus, or the Happy Birthday Jesus moment. I think that actually can make trivial what is actually a solemn and joyful event. In the season of Advent, when we are singing hymns and asking Jesus to come, what we’re expressing is this longing that is deep in the human heart for the presence of God, the real, tangible presence of God in our lives.

The idea that God is breaking into the world, turning everything topsy turvy, and then saying, “Be not afraid, because I am with you,” that’s the joy of the Christmas story for me.

HuffPost Religion: Do you remember the first time you heard about the other person's tradition?

Courtney: Well, I actually grew up in a Christian home. My father was Roman Catholic, my mother Southern Baptist. My childhood Christmas memories are Santa Claus and decorating the Christmas tree. But I resonate with what Lisa said in that some of those pieces weren’t found in the Bible. I remember periodically being confused -- if this happened in the Middle East, why was there snow in the Nativity scene? Because I knew it was warm there. That didn’t make sense to me. I discovered Wicca when I was in college and I remember going to my first winter solstice celebration. There was a lot of “Aha” moments for me.

To me, it made sense that some of these specific things -- like the use of holly during Christmas time -- that had been a question mark for me in my Christian childhood, really made sense when looking at it in nature.

Lisa: My first experience of the winter solstice happened in my Episcopal Church in Poughkeepsie, New York. We did a winter solstice celebration and it was very much like Courtney described. It was celebrating the return of the light. We had on full black leotards and danced in it in our church. I got to play the Sun. I just danced through our church with this giant sun banner that I carried around my body. And for me there just didn’t seem to be any inconsistency between the coming of the light and the coming of the Christ child.

That was my first experience with any kind of pagan spiritual tradition and then gradually, I just kind of became friends with folks. And in the context of building relationships, I saw that even if the language was different around the coming of the Christ child or the child of promise, there was a similar longing. In the rituals of the Christmas season we see that longing taking shape -- in our celebration, in the bread we break together, at our various tables, in the symbols we bring, the tree, the holly, the ivy, the Yule log and the feasting. All of these things are giving concrete shape to our celebration.

HuffPost Religion: Is winter solstice part of the Episcopalian church calendar? How did this celebration happen at your church?

Lisa: No, it’s not a part of it. The Episcopal Church follows the common lectionary. So it’s just Advent, Christmas, the Epiphany.

This whole idea of purity within faith traditions is kind of a misnomer. All of us, as human beings, have rituals and symbolism that we borrow from each other naturally. And so the quest for this pure thing just seems a little odd to me. And also seems to get us away from the point, the larger point.

Beneath the symbolism is a longing for a world where people can feel safe. A world where people can feel they and their children are honored and loved and that there’s home and warmth and food. We get ourselves sidetracked on, “Well, I don’t know if that’s the thing that we should be lifting up because it comes from that other tradition, and that’s not my faith, or you stole that from me.” It’s like, no, how can we have a mutual understanding that just as we’re related as human beings and our traditions are naturally going to fall into and get gathered up together? If it brings life and joy, and that Solstice celebration at my church brought a lot of life and joy, then I think it comes directly from the spirit of what’s holy.

Courtney: I agree a lot with what Lisa’s saying. Winter solstice celebrations have, in my belief, been part of human celebrations since we were first as a species aware that it was happening. Think about our ancestors, tens of thousands of years ago, how frightened they must have been when the days started to get really short. And if they were in a cold part of the world, what that meant -- perhaps more disease, famine. And so how uplifting was it when they were able to track that the sun was coming again. All of these pieces, I feel, trickle down from a time when these celebrations were meant to uplift during a period of time that was very scary. These things are part of what make us human. And I don’t feel that one is being stolen from the other. As Lisa said, there’s a real gift in the sharing of these practices.

HuffPost Religion: There still seems to be so much hurt, on both sides. Centuries of misunderstandings and mistreatment. What are some things you wish that more people from your own tradition knew about the paganism or Christianity?

Courtney:  I’d say to pagans, let’s just enjoy the season. Let’s not start cherry picking here and say, "This is mine and this is yours." I think what would be helpful perhaps for Christians to understand is that pagans are celebrating almost essentially the same holiday, but with a slightly different lens. And so it’s a commonality that both faith groups would enjoy enjoying, if they allowed themselves to do that.

Lisa: I agree with what Courtney said. I think Christianity can have a tendency to want to appropriate all things beautiful and right unto itself and not be able to find or see beauty in any other traditions. I think paganism is beautiful. And I wish Christians would be able to see that. I think the fact is that when you really think some of our "treasures" of the season probably have many origins within pagan traditions, that gives you a firsthand understanding of the fact that pagan traditions are beautiful traditions. I’d love to see Christians learn that. 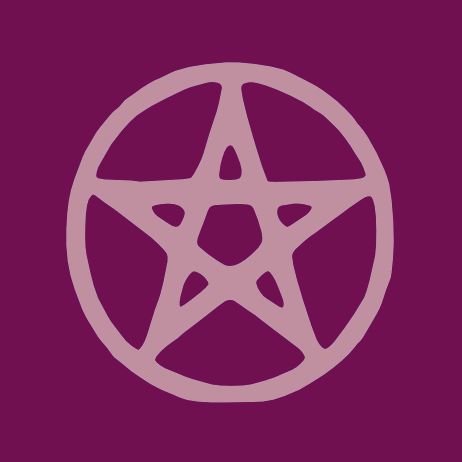