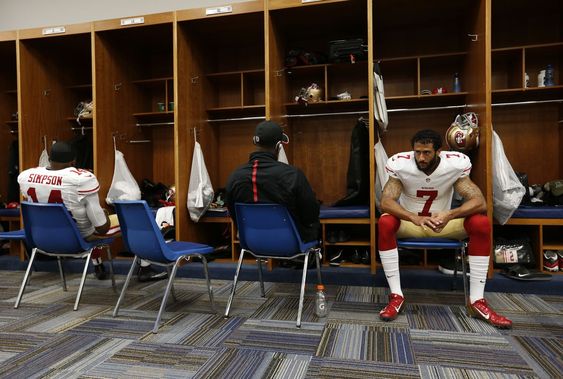 In a recent GQ interview, Carolina Panthers quarterback Cam Newton claimed that the United States is "beyond" racism as a country. His response stemmed from a larger question about the racist criticism he faced during the 2015-2016 regular season.

Newton's assertions earned him a healthy crop of new fans. In comparison, Colin Kaepernick, San Francisco 49ers quarterback, refused to stand for the national anthem during the NFL preseason, due to what he considered wrongdoings against African Americans and minorities.

"I am not going to stand up to show pride in a flag for a country that oppresses black people and people of color," Kaepernick said to NFL Media. "To me, this is bigger than football and it would be selfish on my part to look the other way. There are bodies in the street and people getting paid leave and getting away with murder."

The backlash against Kaepernick was swift. In less than 24 hours, criticism flurried from vocal outcry, jersey burnings, to racial threats via Twitter. 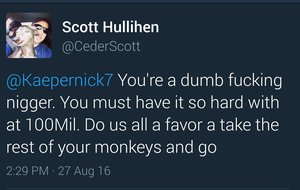 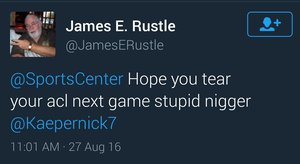 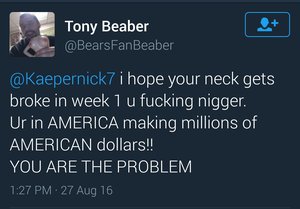 Both Newton and Kaepernick are microcosms for the modern American experience. One upholds the nation's greatness while the other challenges it. Newton is now accepted because he downplays racism, an opinion that ignores the majority of Americans who feel race relations are bad, according to Pew Research.

Public response to Kapernick reveals that his rejection has little to do with his refusal to say the pledge—he'd protested it once before—but everything to do with what he said: that African-Americans are being murdered and are not receiving justice.

We live in a society that does not support Kapernick's dissent. But the arguments against him spread across the spectrum of logical fallacy. Some say Kapernick is too rich, too privileged, too lucky to complain. That social statements don't belong in patriotic gestures. That he should be grateful for his place as a minority.

While Newton looks the other way, Kaepernick invites controversy. And unlike Newton—but much like Andrew Hawkins' support of Tamir Rice—Kaepernick gets no sympathy because his message makes Americans uncomfortable. And to say his wealth and status absolves him from communicating is to strip him of his agency and First Amendment rights.

But if Kapernick's version of America threatens that of those that believe in America's grandeur, then which one is correct?

We live in a country founded by civil disobedience, protest, and unrest. You cannot have patriotism without social activism. It's symbolic of the American flag itself; you cannot support its liberty and freedom without acknowledging its faults, as well.

Critics may condemn Kaepernick, but his protest has created discussions that we would otherwise not have. It is the hallmark of civil unrest. Kaepernick's critics conveniently forget that the Constitution, the flag, and the National Anthem are all symbolic of our rights, including protests for causes we believe in. It's conducive to the origins of our country, whether it's the Tea Act or police brutality. And to contend that symbols are more sacred than the the freedom each represent is the height of contradiction. Yet the United States is so polarized that any unpopular opinion is vilified, tarred, feathered and silenced.

You don't have to agree with Kaepernick; that is your RIGHT. But he follows in the footsteps of Americans before him who boldly question its greatness. It's important for a democracy to have the voice of the people so that our thoughts can marry and educate the public on how others live.

Our citizenry often forgets that you can hold two opinions at once. You can criticize yet demand accountability; question and provide solutions; challenge the status quo while remaining a patriot.

There is more than one way to be American.

But if you blacklist differing opinions as un-American, all because they don't fit your definition of patriotism, then you become no better than the tyrannical oppressors that early colonists fled from.

Some of us live in Newton's America and others in Kapernick's. One certainty: those perspectives inhabit the same space. And it's up to us to choose whether we'll learn from these moments, or succumb to blind outrage.

Marketing and communications professional, writer, and creator of the Communication Activist blog.