Ending the world's deadliest conflict is no easy task, but a growing consensus of Congolese civil society, electronics and metals companies, investors, and governments are now taking action to do so. A chief driver of their work is the Dodd-Frank legislation on conflict minerals, which is why a coalition of 40 Congolese human rights groups called it "the leverage needed to instill and impose ethical business practices in the Great Lakes region."

David Aronson's op-ed "How Congress Devastated Congo," misses the critical link in eastern Congo: the continuing role of the minerals trade as a fuel for violence and a major source of revenue for armed groups and military units responsible for atrocities. The Dodd-Frank legislation is the first policy initiative to start to change that equation in 15 years. Change will not come overnight, but the fact is the bill is setting into motion a series of modifications that will have lasting effects on the conflict. 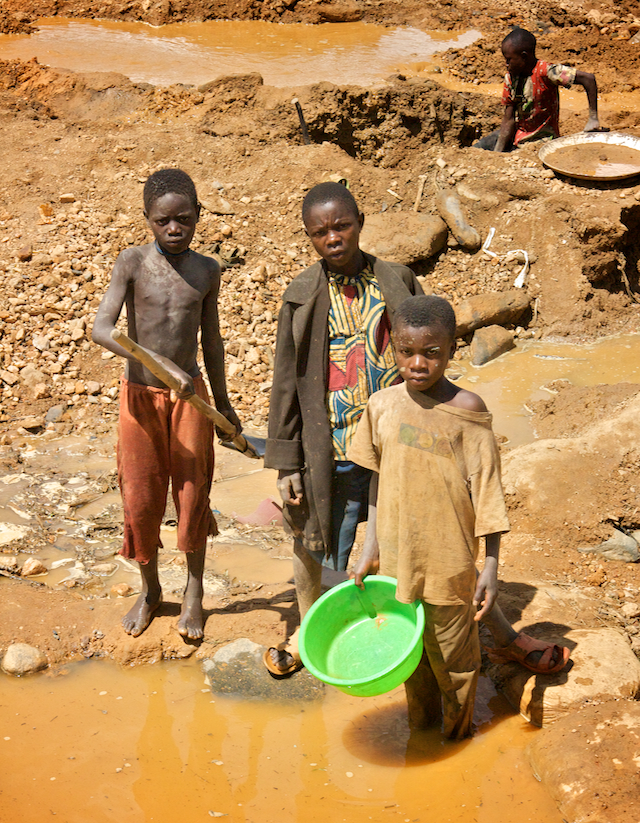 The economics are a driver that must be addressed, because the minerals trade fuels and enables the structures of violence and poor governance in eastern Congo. But we must also provide support to mining communities, promote responsible investment, and improve justice and security measures.

In trying to make change this dramatic, there will be unavoidable economic dislocations. While these temporary disruptions must be mitigated as much as possible, the alternative is to give up on this process part way through and revert to a brutal status quo ante that even critics of the bill surely don't endorse.

The rebels and Congolese army commanders who perpetrate the conflict and the government and businesses who partner with them are the real causes of misery in eastern Congo -- not Congress or human rights groups. As Delly Mawazo, then-director of CREDDHO, a leading Congolese human rights organization, told me in March, "Minerals are like a curse. They fuel war, help the economic balance in neighboring countries, and enrich elites."

Before the legislation, commanders and business elites were by far the main profiteers from the trade, and the majority of miners worked in slave-like conditions, as Free the Slaves and Congolese human rights organizations have documented.

Talk of miners' "jobs" implies regular wages and benefits, where in fact the mines are filled with child miners as young as 11, miners in debt bondage and forced labor situations. As Justine Masika, director of Synergie, a Congolese coalition of 35 women's groups, said, "Saying that the population will die if there is no mining -- that is a lie. The comptoirs [exporters] are the ones making the money. People never saw that money anyway."

Local perspectives on conflict minerals, as on other contentious issues, vary dramatically, and there are groups who have different views. Notably, although Congolese civil society and resources expert Eric Kajemba may not agree with the Enough Project, he nonetheless supports the Dodd-Frank Act, even if he has a different view of how it should be implemented.

It is increasingly important that there be wide dialogue and ample opportunities for all of these viewpoints to be incorporated into the implementation of the legislation, as well as other policy measures to regulate the minerals trade. For example, Congolese civil society organizations should have a seat at the table in international negotiations around mining reforms, and directly participate in monitoring regimes in the region.

Since the legislation passed, it has had a direct impact on armed commanders. Our team travels frequently to Congo, and we have seen first-hand how the Congolese army has pulled out of several major mines. For example, the Bisie mine produces some 70 percent of North Kivu's tin ore and was occupied illegally by a renegade unit of the Congolese army for years, but was demilitarized this year. Whether this demilitarization lasts is dependent on further reform, but it is starting to occur at Bisie and several other mines.

Minerals exports from the Kivus have decreased by approximately 75 percent, and the lowered exports are directly threatening commanders' multi-million dollar profits. Some commanders have resorted to smuggling, which has increased some 15-25 percent, but this smuggling is not nearly equal to the hand-over-fist profits that they generated in previous years. Other commanders have switched from trading in tantalum and tin to gold, and thus industry and the region must work more squarely on gold. The World Gold Council, OECD, and mining companies are starting with conflict gold initiatives, but more must be done.

The bill has also accelerated reforms in the region that were previously unimaginable. As the United Nations Group of Experts stated last month, the bill "has proved an important catalyst for traceability and certification initiatives and due diligence implementation in the minerals sector regionally and internationally."

Regional governments and industry are launching a minerals tracing and certification initiative through the International Conference on the Great Lakes Region, or ICGLR, and tin industry iTSCi, whereby 95 percent of Rwanda's minerals and 75 percent of Katanga's minerals are to be tagged by year's end.

USAID is planning to support similar initiatives in the Kivus through a public-private alliance with company participation. Electronics companies are also pioneering verifiably conflict-free Congolese minerals pipelines, for example the Solutions for Hope project by Motorola Solutions in Katanga.

Aronson incorrectly asserts that Chinese companies have taken over the Congolese minerals market. In fact, only a trickle of small minerals exports have gone out from the region since April -- a total of five tin ore shipments in three months -- not a wholesale flood of minerals to China.

While a few small Chinese buyers have begun purchasing, Congolese exporters have been hesitant to use them because their prices are at least 20 percent lower and their business reputations are poor. Exporters and government officials have stayed engaged with the international minerals reform processes from the OECD, ICGLR, and tin industry, because they want the higher prices, reliability of business, and improved reputation that accompanies trade with the mainstream electronics industry.

In the transition from a war economy to legitimate business, mining communities must be supported. To this end, companies and donors should establish a mining community livelihood fund.

USAID is initiating a community mining program, and electronics companies have expressed interest in supporting similar work. Furthermore, companies should invest responsibly in the Congolese minerals sector, with full traceability, due diligence, and independent monitoring. The Motorola Solutions for Hope initiative is a step in the right direction, but more initiatives are needed.

The fight to end the conflict is far from over. Going forward, the Obama administration should support an independent monitoring system for the regional tracing initiatives; gold and jewelry companies should partner with the region to invest in tracing and monitoring initiatives at gold mines in the Kivus; and the SEC should issue regulations as soon as possible, without a phase-in, which would act as a disincentive to progress on the ground.

Accountability is also critical, and the administration should press Congo to arrest Gen. Bosco Ntaganda and operationalize the Special Mixed Court for war criminals, which has strong local and international buy-in.

These reforms are critical next steps, but don't be fooled -- they are finally no longer pipe dreams, because of the window opened by the legislation. Let us not derail the growing consensus to end the war in eastern Congo and revert back to the dystopia that has plagued the region for the past two decades.