Adapted from Upgrade: Taking Your Work and Life From Ordinary to Extraordinary
by Rana Florida 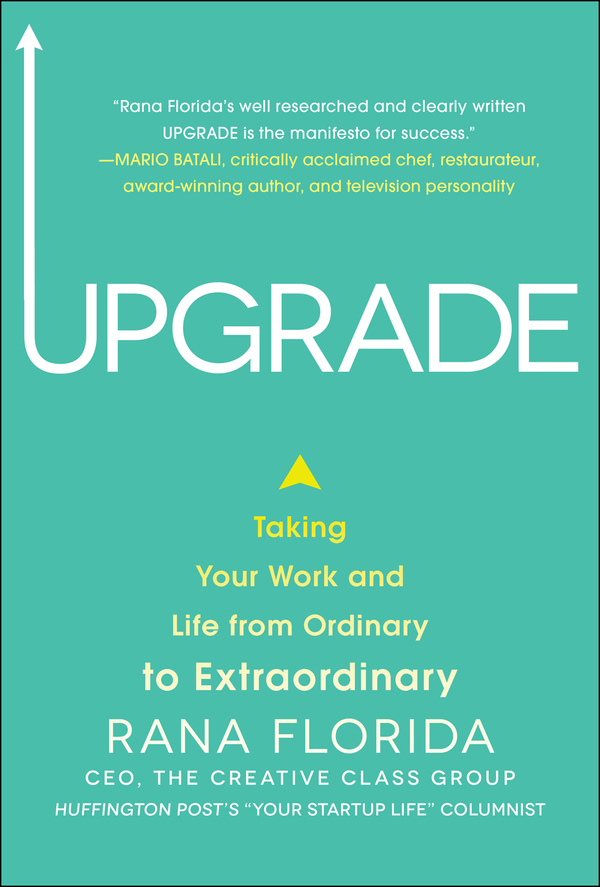 We are brought up as children to get good grades, get on the right team, and score the winning goal. If we fail the class, we won't get into a good school; if we don't get into a good school, we won't get a decent job; and if we don't get a decent job, we'll be living at home with our mom and dad for the rest of our lives or living on the streets, and everyone will know we're a failure. We set up children from a very early age to believe that only success is rewarded, especially when it comes to school or work. This, however, is very unlike the way we learn.

Most of us need to reset our definition of failure. Too many of us view business setbacks as something we haven't been able to accomplish, or worse still, as shameful black marks that we can never erase.

Don Tapscott, the author of Wikinomics says, "I fail at something every day and it is true that one learns more from failures. Besides, how boring it would be if all that happened was success?"

The legendary graffiti artist Kenny Scharf has an interesting take on failure: he says it doesn't exist. "There's no such thing as failure," he told me. "It's all part of the learning process."

New discoveries and innovations come out of trial and error: this is a fundamental method of problem solving. Robinson says, "I once asked a scientist who'd won the Nobel Prize for chemistry how many of his experiments failed. He said most of them. But failure, he said, isn't really the right word. Science is about finding out what doesn't work in the expectation of discovering what does. Trial and error is at the heart of all creative processes. If we want to promote creativity and innovation we have to honor and accept mistakes, false starts and dead ends. As Sir Winston Churchill once said, 'Success is the ability to go from one failure to another with no loss of enthusiasm.' Booker T. Washington put it this way: 'I have learnt that success is to be measured in life not so much by the position one has reached as by the obstacles one has overcome while trying to succeed.' So it should be."

Far too many of us waste too much effort and emotional energy dwelling on past failures instead of pushing forward. Andre Agassi told me, "Failure is lonely, success is lonelier." But then he went on to say, "Success and failure are so often the result of outside factors, things beyond our control, so you need to keep your mind on the few things you can control. Learn to love the process, the work, and disconnect your ego from the results. The earlier you learn this, the more peaceful you'll be, and peace, not success, is the goal."

"How do I handle failure?" he concluded. "Same way I tackle success. By treating it as the illusion it is."

Grammy award winning singer Nelly Furtado told me, "Failure is very important, as it is inevitable in life. Incredible growth, self-realization and reflection come from failure." We need to create a new definition of failure. Truly successful people embrace failure as part of the learning process, as an opportunity to grow, reflect, reinvent, and ultimately to push forward.