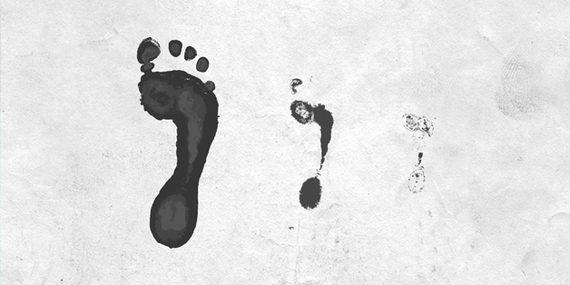 It may sound like a preposterous connection to make: Diet Culture and the ancient practice of Chinese foot-binding!? Really? Surely they are poles apart??? After all, Chinese foot binding involved small girls, under the age of 9, having the bones in their feet repeatedly broken and then tightly bound in cloth, to control their shape: to make them as tiny as possible. The 'perfect' most coveted size, was 3 inches. Three inches!!!! That was called the 'golden lotus.' The four inch 'silver lotus' was still considered respectable but anything over 5 inches was dismissed as an 'iron lotus.'

This was a painful, dangerous process. Apart from the pain, the most common problem was infection - either from ingrown toenails (which made it necessary to sometimes remove the toenails altogether); or from foreign bodies intentionally inserted into the bindings (like shards of glass or broken tiles) to induce infection. With infection, came the possibility that the toes might actually fall off -- making a smaller foot easier to create. With infection, also came the increased possibility of disease. It is thought that around 10% of girls died from these complications. And if they didn't die as girls, the infections compromised the woman's immune system and made her more vulnerable to disease later in life. Older women were prone to frequent falls and broken hips due to their increased unsteadiness as they aged, and other complications included muscular dystrophy and even paralysis.

As many as two billion Chinese females were subjected to foot binding.

The origins of foot binding aren't clear, but it was widely practiced in China across social classes for around a thousand years. What was it all for? Let's first look at what it meant for girls and women:

Perhaps then, foot binding was a way to keep women under control?

Diet Culture is a system of practices and behaviours humans have created based on the ideology that being thin is morally good, and being fat is morally bad. It impresses upon the population the idea that if you're fat, it's a personal failing on your part, that you don't care about yourself, you're unhealthy and lazy, whereas if you're slender, you're self-disciplined, organised, trustworthy, reliable, fit and healthy.

Some of these behaviours are:

These behaviours are all in the service of appearing different, so as to meet current beauty standards.

The trouble is that the sands of external validation and approval are always shifting, making it difficult if not impossible to maintain one's footing.

The Impacts of Diet Culture

This is certainly not an exhaustive list or a sociological study of the impacts of Diet Culture. My guess is that those will continue to become known, the longer we allow it to continue. Here are some:

As I write, it's the UN's International Day of the Girl. There is much work to be done in the world to increase equality and justice - shocking things are still happening to girls all over the world, it breaks my heart: Female Genital Mutilation, child marriage, sex slavery - to name but three.

This may seem like a 'First World problem' in comparison - however Diet Culture is sapping our kids (and indeed adults) of their energy, creativity, power, vision, empathy and resilience.

They are the leaders of the future.

We need them to be awake, aware, engaged, informed, energetic and creative.

Chinese foot-binding was practiced for a thousand years. Let's make sure Diet Culture dies out - this decade!

What will your part be in this endeavour?