Among the Anlo-Ewe people of southeastern Ghana - birthplace of pioneering African drummer CK Ladzekpo, co-artistic director of San Francisco's Ethnic Dance Festival - the first question that a tribal healer will ask when someone falls ill is "When did this person stop dancing?"

This and other intriguing facts illuminate the program booklet for the 38th installment of the Ethnic Dance Festival at the Palace of Fine Arts, now two weeks into its three-weekend run. 32 dance and music ensembles - all local to the Bay Area, many with international cred - are revving up audiences who hail from far and wide.

Weekend 1 was rung in by Antoine Hunter's eloquent embodiment of Janice Mirikatani's poem 'And Still We Dance.'

Indian classical dance was admirably represented in whirls of jewel-toned silk and the insistent shimmering of ankle bells by Shambhavi's International School of Kathak on Weekend 1 and the Chhandam Youth Dance Company on Weekend 2.

Machismo was very much in evidence in the spirited stamping of the men of the Bolivian Espíritu Andino, and in the highly charged riffs on the polka by the Mexican (Chihuahua) Ballet Folklórico Nube de Oro. Not to be outdone, the loin-clothed Kalinga warriors of the Philippine Parangal pounded their shields with ferocity, and Mexican (Nayarit) Ensambles Ballet Folklórico flashed and flung machetes with abandon. 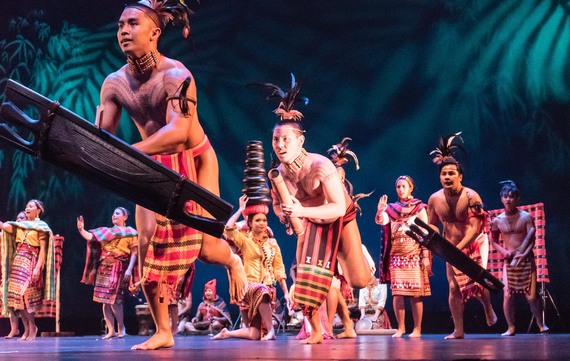 The Chinese Performing Arts of America celebrated a feminine archetype, fielding a troop of chorus girls in chic evening gowns. Program notes incongruously described their trite Busby Berkeley-inspired routine as a reminder "that America is a nation of immigrants - hopeful, hardworking people who continue to share stories of sweat and tears." 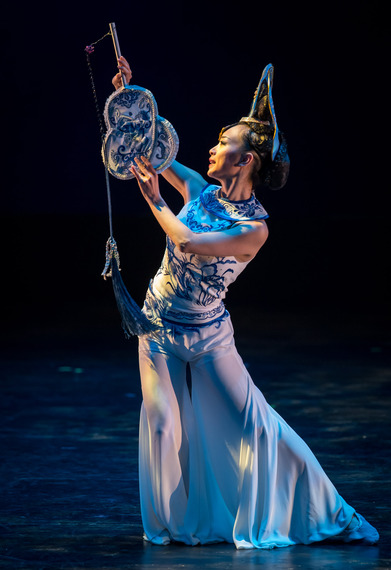 But there was no shortage of female power and virtuosity on display elsewhere in the festival.

The driving footwork and imperious mien of the AguaClara Flamenco dancers in the complex rhythms of the martinete, accompanied by the ominous ring of a hammer striking steel, remind us that ethnic dances are not purely celebratory. At times, they are an avowal of anger or despair, coded warnings or preludes to revolution. 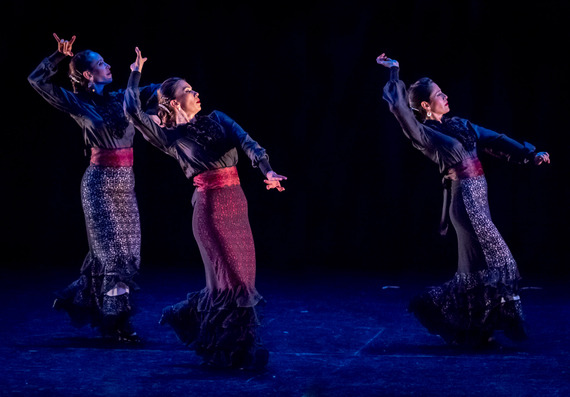 The striking Aliah Najmabadi united lofty spiritual concerns, expressed in the sung poetry of ancient Persian shashmaqom, with the earthly splendor of her flowing Tajik robes and movement. Ballet students should study her expressive and commanding use of head, arms, and fingers - just as they should absorb the spiraling, sinuous port de bras of the flamenco dancers and the Balinese dancers of Gamelan Sekar Jaya. Armored in gold, the Balinese women dancers adopt a wide, rooted stance, proud shoulders held high, their movements delicate but weighty. 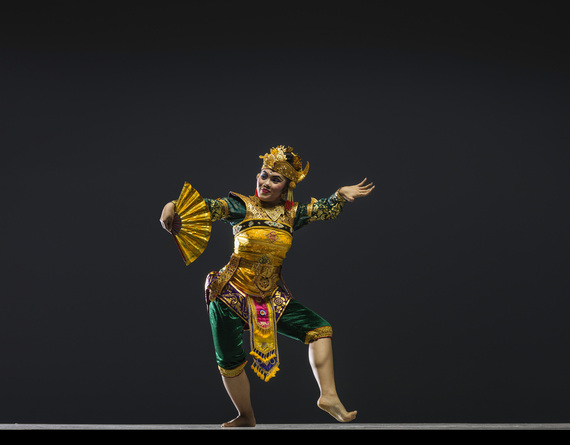 Brilliant juxtapositions by Festival programmers provoke marvel at the wide-ranging character and intention of folk dance, which continually reinvents itself in concert with geopolitical upheaval. Ethnic dance reflects the ebb and flow of nationalism, the displacement of minorities, and the rise of new mestizo cultures from diaspora and intermarriage.

On Weekend 2, the Philippine LIKHA company recreated the pageantry of the Muslim Maranao aristocracy from the conflict-torn island of Mindanao. Next up, vibrant, often sensual expressions of oneness with nature by the Nicaragua Danza, Hijos del Maíz, from the people of the Miskito Coast, whose indigenous culture has absorbed influences from the African slave trade and from British and European customs. Then the Dunsmuir Scottish dancers, who executed marvelous kaleidoscopic floor patterns with grave precision and lightly stabbing footwork. Program notes spotlight the metaphor of the Scots kicking off English trousers - that is, the English yoke - and returning to their beloved kilts. World dance is the richer for their rebellion. 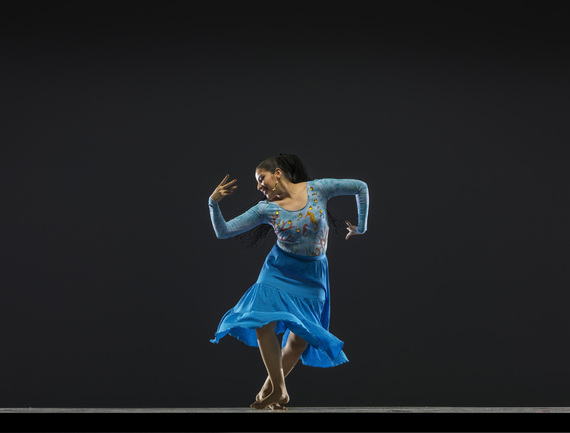 Music is the heartbeat of these dances. The musical richness flaunted at the Festival reached notable highs this season in the ecstatic drumming of Khaley Adouna African Dance and Drum with Domou Africa; the polished quintet that supplied traditional fiddle and flute accompaniment to the Dunsmuir dancers; the fast and furious pace of the gamelan accompaniment to the Balinese number; LIKHA's kulintang ensemble; and the mesmerizing Hindustani score by the late Pandit Chitresh Das and Jayanta Bannerjee for Chhandam.

The Festival magic transcends genre and time, as in the miraculous entr'acte encounter between flamenco vocalist Azriel Goldschmidt and Indian songstress Saneyee Purandare, which produced an electrifying duet out of the collision between two ancient traditions.

The only downer on Saturday afternoon of Weekend 2 was the presence in the audience of two women who appeared to be avid fans of AguaClara Flamenco. They chattered and tittered loudly through every act while tackling all manner of business on their brightly beaming smartphones. Admittedly, this wasn't the opera house and we weren't watching Puccini; the relaxed vibe invited some audience engagement. But the blithe disrespect displayed by this pair for troupes other than their favored one dishonored everything this festival stands for.

The 38th Annual San Francisco Ethnic Dance Festival runs for one more weekend from June 18 - 19 at the Palace of Fine Arts Theatre.