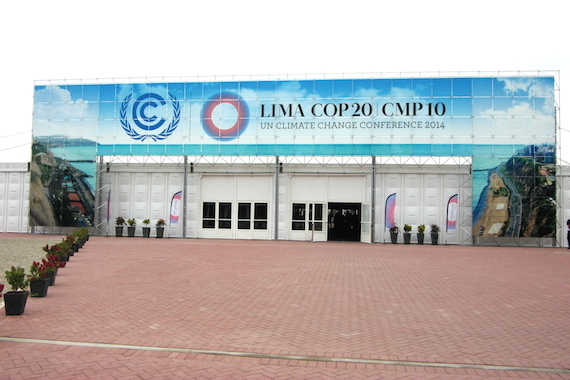 The annual United Nations Framework Convention on Climate Change conferences (COPs) are, by design, scheduled in different parts of the world, and thus, I have had the opportunity to travel to some interesting places over the past several years. As someone who savors learning about new cultures and seeing new places, this is an added benefit of being able to attend the COPs.

It so happens that I also love to bird, so traveling to new places means having a chance to add new species to my "life list." I often get some strange looks walking to the conference venue with binoculars around my neck, especially in busy urban settings like Lima. I doubt that other attendees packed binoculars in amongst their policy papers and laptops. So imagine my surprise when I saw a short news article with this title: "COP20 Cultural Agenda Includes Music, Exhibits and Bird Watching." I am not sure that I ever thought of bird watching as a cultural event. But I do think about birds and climate change a lot.

National Audubon created some media buzz earlier this year and a lot of concern in the birding community when they released their report on Birds and Climate Change. Here is the headline:

And this is just the list of species that will be severely threatened. We know that habitat alterations and loss, changes in weather patterns and severe weather events will impact other bird species, as well as other animals. Years of bird survey data tells us that several species have already shifted their ranges for breeding and wintering grounds, and we know that the timing of migration in spring has been altered for many species.

Phenology is the study of cyclic events in nature like migration, leaf emergence in spring and color change in fall, flowering times, insect hatching, etc. Such events are closely linked to weather, so if we are experiencing shifts in climate, it is likely that these natural periodic life cycle events will also be impacted. The Intergovernmental Panel on Climate Change has indicated that phenology may be one of the best ways to monitor ecological changes, and the IPCC assessment reports have included phenology data. From my work with the Eastern Pennsylvania Phenology Project, all of the forest bird species we examined are returning one to three weeks earlier in the spring compared to just a few decades ago. The ecological implications of this are still unknown. 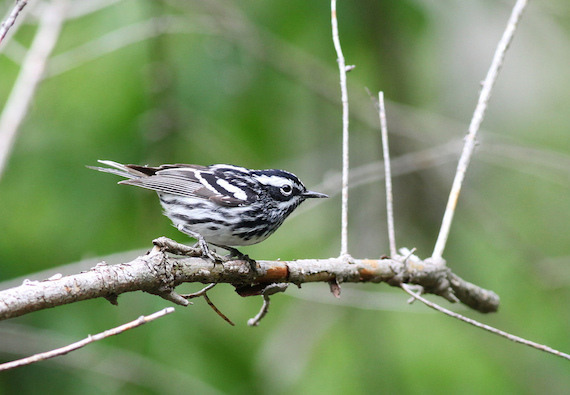 Birds may be just one canary in the climate change "mine." They are important signals of not only environmental disruption, but also of risks to humans (think coal mines and Silent Spring). In a recent opinion piece, Dahr Jamail poses the question "Are humans are going extinct?"

Some scientists ... fear that climate disruption is so serious, with so many self-reinforcing feedback loops already in play that humans are in the process of causing our own extinction.

If this is true, perhaps more of us should be watching the birds.

In the six years that I have been attending the COP meetings, I am always surprised at how seldom discussion centers on ecology and the status of the natural world unless representatives from various indigenous groups are part of the conversation. Rather, deliberations focus on potential technological solutions, economics, politics, policy and occasionally, climate ethics and disparate impacts on certain populations. In my teaching, I am sure to point out to my students that the highest areas of biodiversity on the planet are also the areas of highest cultural and language diversity. Both are in steep decline. To me, the canaries are screaming at us - providing clear evidence of the risks not only to the feathered novelties I see during my travels, but also to humanity.

And in case you are wondering, I am approaching a dozen "lifer" bird species after only three days in this busy city.